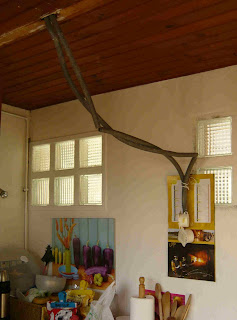 We had owned the house for quite some time when Nick decided he couldn't stand the lights in the kitchen any longer.
The switches dangled in mid-air on the end of the trunking and were fastened to a cup hook on the wall.
The light bulb dangled from another cup hook in the ceiling.
It's funny but after we had been there for a while we had stopped noticing them but the time had come to do something about it. 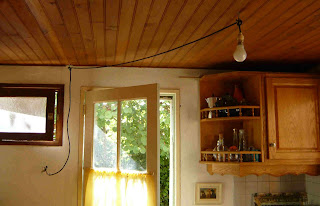 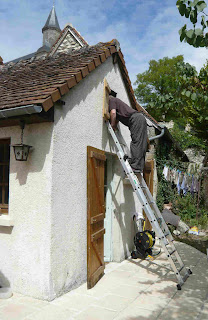 It involved doing a bit of this. 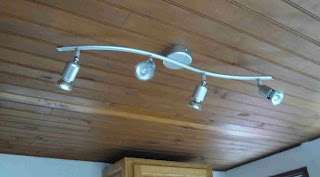 And the end result was this !! 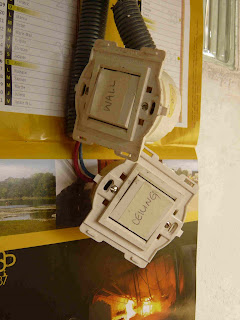 This had been kind of cute, though. I rather missed it for the first day or two!

more of the same DIY