There is always something going on around Le Grand-Pressigny. When we are chez nous it is sometimes hard to decide which events to attend and which to leave out. Sometimes, we are so happy just chilling out on our little terrace that inertia sets in and we don't do anything at all. Then we feel annoyed with ourselves for missing something good. 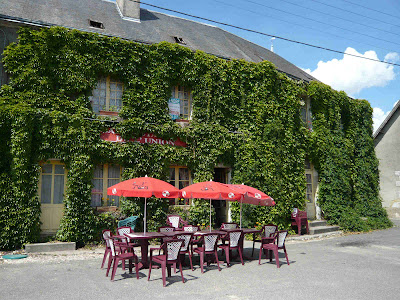 Not far away is the village of Paulmy. At the Bar de l'Union there is usually live music on a Friday or Saturday night. Several people have told us about this. The music is often quite good. Apparently. They also serve food. 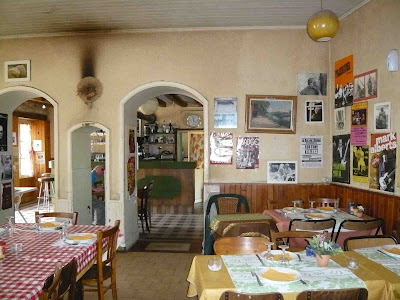 Earlier this year we went along one Saturday afternoon to see what was on that evening. It was a blues band whose name I can't remember. Dinner was duck with orange sauce; reserving a table was recommended. We went home and considered our options. Then we had pizza from the van in the village square and a couple of glasses of wine chez nous instead. Our reasoning was that we had to be up early to travel home the next day. The reality was that sitting on our little terrace, listening to the church bells and watching the swallows dipping and diving all around us, for one last evening, was all we wanted to do before we had to leave to go back to the UK. 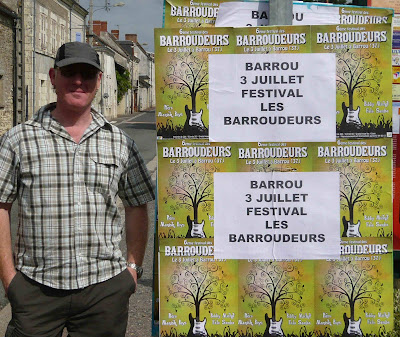 In July we missed the Festival des Barroudeurs. It was at Barrou, just over the hill from us. We had seen that it was on and went along in the afternoon to suss it out. They were just setting up the stage for the band down by the river. There were also obviously food stalls and who knows what else. It all looked very jolly and promising so we went home to think about it and guess what - we didn't go. To be truthful, it was the time I was rapidly going down with the flu and I was not up to it. Apparently it was very good. 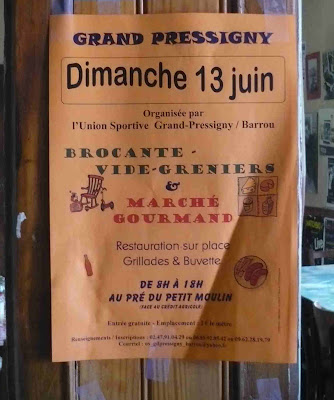 We even missed our own village brocante. But this time we had the best reason of all for not going. It was the week after we went back home. How annoying !! The minute we go home, we miss something we might really like to see. Or at least have the chance to miss.