THE FOURTH DAY OF CHRISTMAS - APRIL 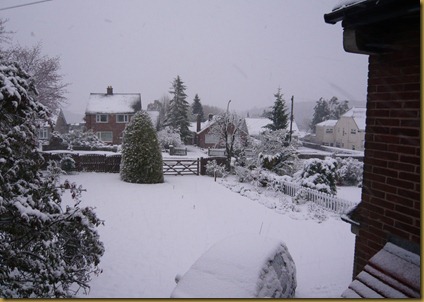 On 3rd April we woke up to to snow.  There was 8-10 cm of it.  I had put my bag of grit and rock salt back in the shed the previous weekend, thinking I wouldn’t need them again.  After the incredibly warm weather in March, winter had returned with a vengeance. 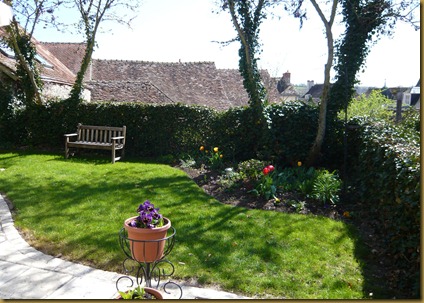 Then only three days later, we were in our little French house, the sun was shining and there were flowers everywhere.  It was from the sublime to the ridiculous – or rather the other way round – and it was bliss. 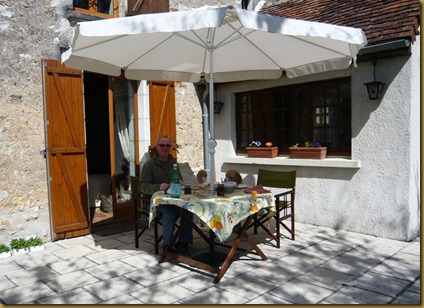 During our first holiday of the year we spent a lot of time on the terrace in the sunshine, eating outdoors almost every day. 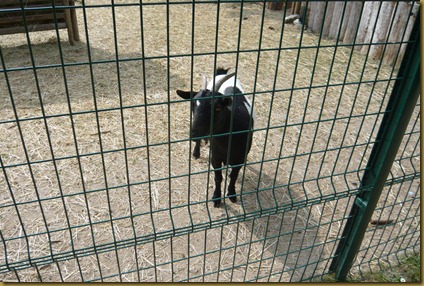 And Lulu had a close encounter with an angry mother goat.  Which luckily was on the other side of a strong fence !!