THE TALE OF HARRY THE HEDGEHOG

The weather here in France has been glorious almost every day of the three weeks we have been here.  This means that virtually every night we have eaten dinner on the terrace and sat out under the stars.

At dusk the swallows have been swirling above the rooftops of the village.  When they have gone to bed the Grand-Pressigny bat formation team has come out to entertain us.

Each evening we have been lighting candles and enjoying being able to sit outdoors until bedtime.  After the first couple of nights here we became aware that we had a visitor. 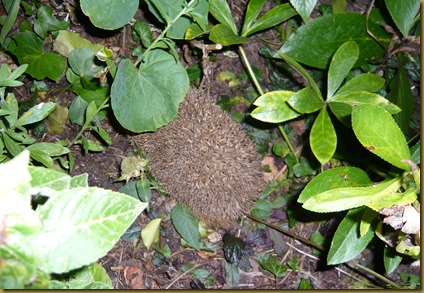 Lulu spotted him first of course.  She was fascinated by something in the corner of the garden and then we became aware of a rustling of leaves every night after dark.  It was a hedgehog.  So we called him Harry. 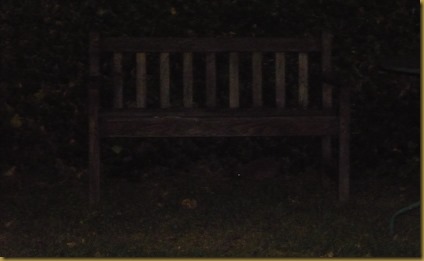 Each night he would make his way from the furthest corner of our little garden, walk under the bench, around the bottom of the hedge, then dash across the path, under the gate, along the passage and into the courtyard.

From there we assumed he went up to the château to do whatever hedgehogs do at night.  Presumably at some time before dawn he made the return journey because the next night the rustling of leaves would announce his appearance and he would do it all over again.

Then one day the inevitable happened.

As I walked Lulu up to the château one morning there was a evidence of some vehicular encounter with a hedgehog on the road and a very dead hedgehog was upside down on the wall.  Presumably someone had placed him there because he was still alive after the mishap, or maybe to avoid him being squashed by other traffic, which was thoughtful.  Although his remains are still there a week later, which in all this heat is not a pretty sight.  I will spare you the details.

The question is – was it our Harry?  He was a long way from home if it was.

Well, without a doubt, it was.  Although Lulu has been standing guard over the garden every evening there have been no further rustlings or appearances of Harry. 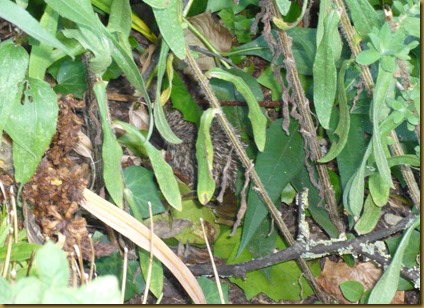 At about 11am Lulu got excited about something in the garden and Nick investigated to find not one, not two, but three little hedgehogs shuffling around.

So maybe our Harry was actually a Harriet and the babies were no doubt wondering where their mum was. 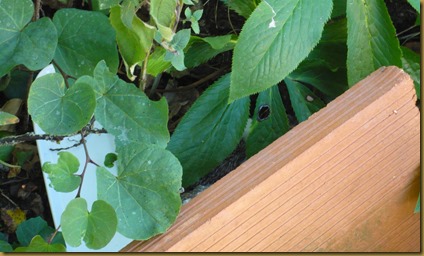 So with a little help from Google, Nick put down a dish of water and some crushed dog biscuits.  Within moments they were tucking in.

We were due out for lunch so we erected a temporary barrier to keep them safe from the curiosity of one large and very excited poodle, comprising garden benches and tables.  Plus an old tile wedged to give them privacy when eating and drinking.

In the evening we put out a little dish of tinned dog food and this morning I am pleased to say most of it has gone.

We are thrilled to have the responsibility of raising three little orphaned hedgehogs although how they will get on when we go back home is a worry.  If anyone has any advice on how to help our little babies into the big wide world, it would be gratefully received !!

more of the same Lulu, Wildlife