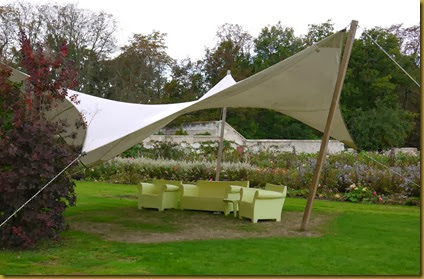 After our tour of the château interior we stepped outside to find that although it was dull, the drizzle had stopped, for a while anyway. 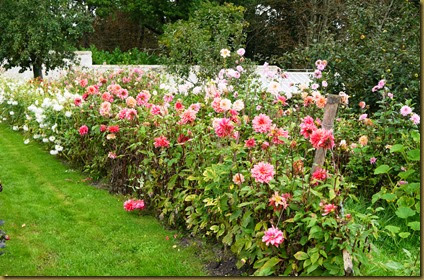 There were plenty of flowers, fruit and vegetables growing, but we weren’t sure whether they were just for display or for use by the château.  It was nice to see them anyway. 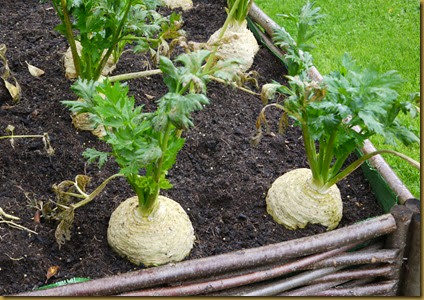 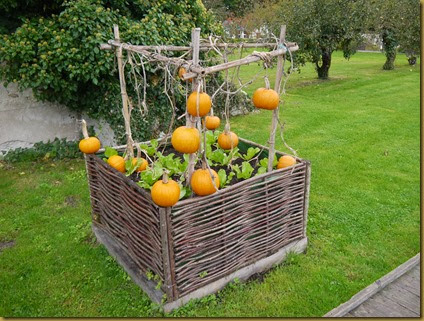 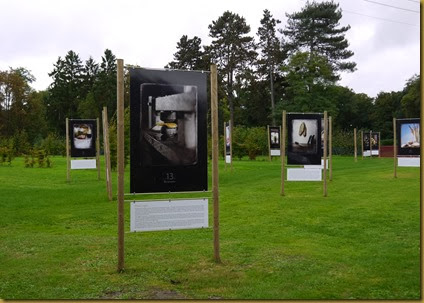 We were more fascinated by these pictures on display.  There was an area devoted to people, which we breezed past to get to the ones about food, which were much more interesting. 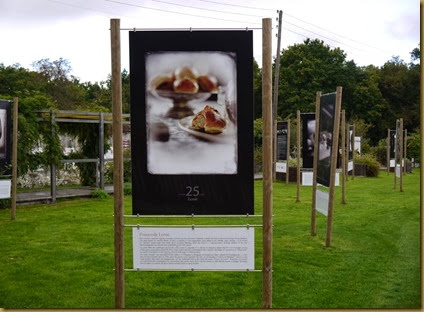 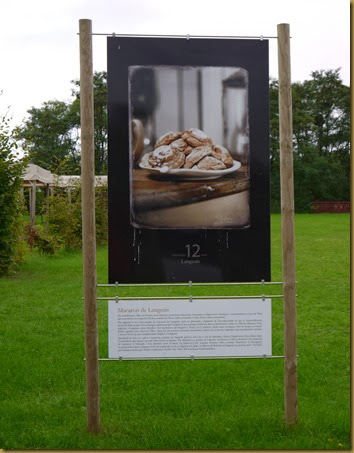 Each display board presented some aspect of the food of the Loire region, with an explanation of its origins in both French on one side and English on the other.  If the weather had been better I could have spent much longer reading each piece but one in particular caught my eye. 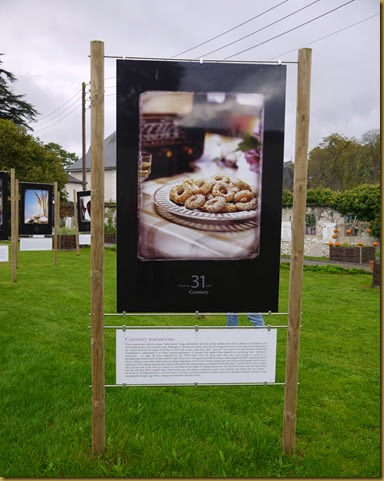 The plate of Cormery macaroons looked very tempting.  There are several stories as to how come they have a hole in the middle.  All the stories agree that it represents the belly button of a monk that originally made them many centuries ago, but there is no agreement as to how this happened.  You can read about one of the theories here. 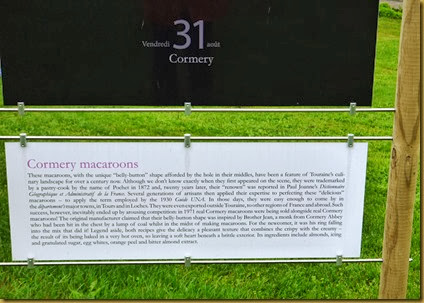 I confess that the belly button imagery does nothing to make them seem more appetising, but I am won over by the ingredients ~ almonds, eggs, sugar and orange peel.  There are of course many different types of macaroon and this is just one of them.  Sooner or later I will just have to find a recipe for Cormery macaroons and try making them.  In which case I will let you know how I get on!

After our all too brief tour of the garden the drizzle returned so we headed back to the car.  As we turned to leave the car park a pair of young deer watched us from the edge of the wood, only a few metres away from the road.  We slowed down so that we could see them properly but by the time I had wrestled my new camera out of its bag on the back seat they had turned away and all I got was a picture of their bottoms.  Something in the timing made me think they were teasing us and that we were not the first to get such a photo!