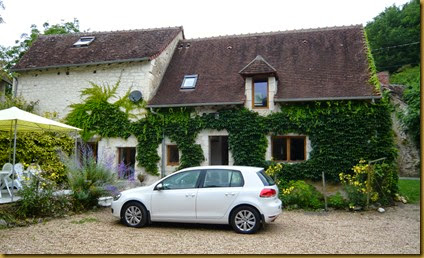 Our brief to the various agents was that essentially we were looking for a house that was simply a bigger version of what we have now.  One with character, possibly one more bedroom, but importantly a larger garden and more storage or living space, outdoor storage or a large garage, and private parking. 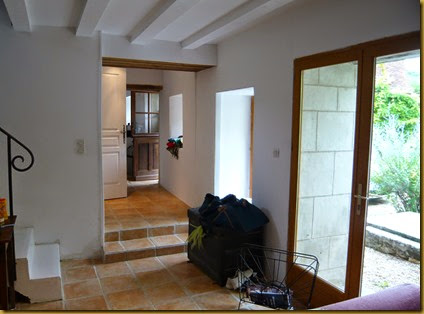 We have a fondness for old houses but would look at any age of house, as long as it had “character”.  You can of course change the inside of a house to give it character by moving the plasterboard walls and redecorating, but this one was pretty near the top of our budget so there would not have been enough left in the kitty for all that if we had bought it.

We have friends who live in a 1960’s house which has great character and a nice layout – one like that would be fine. 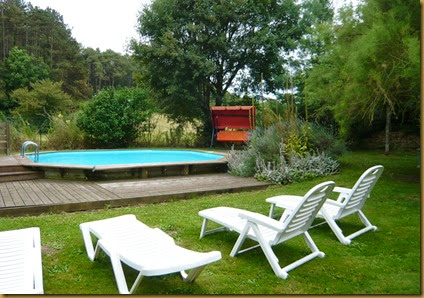 We didn’t want a swimming pool, but for the right house we would take one.  We would like to be in a village but not necessarily.  A hamlet would be fine so long as we were not too hemmed in.  Not too isolated but outside of a village with good facilities would be fine.  We don’t mind having to get in our car or on a bicycle (or motorcycle) to fetch our baguettes but being more than twenty minutes from any shops might be an issue.  Or might not, if the house was so good that we would compromise on that.  There should also be dog walking territory nearby. 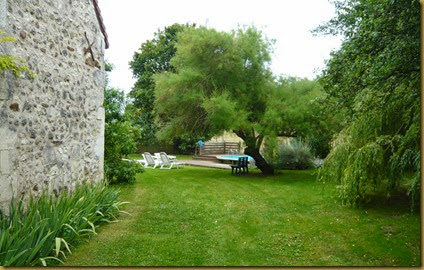 We knew that there were bound to be compromises, at our budget. 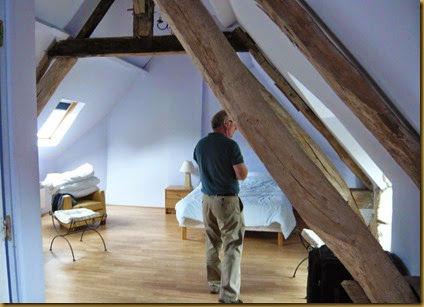 We had given up hope of finding exactly what we want in Le Grand-Pressigny.  There are plenty of houses for sale but none of them were right.  There are plenty of houses that would be just right but none of them are for sale.  Or at least they don’t seem to be for sale.  With the French system of house selling/buying you can never tell.  Most of the ones that are for sale don’t have a big sign on them saying they’re for sale.  It’s all very secretive, for reasons one can only speculate on. 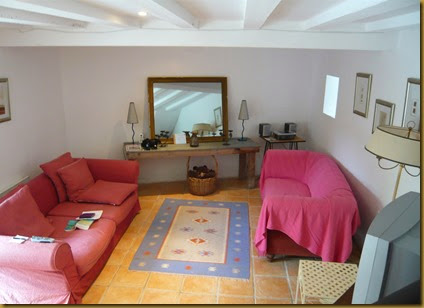 We also most definitely do not want a renovation project.  At our age we would be happy to do decorating, alter the garden, put in a new kitchen or bathroom but it would have to be the right price.  There was no point in buying something at the top of our budget that needed a huge amount of money spending to make it into the house of our dreams.  (Our “forever house” as a friend put it.)  If we were to buy a house at the top of our budget it would have to be in a “move straight in” condition.  If only!

The above house ticked most of our boxes.  It was a lovely renovation of an old house, with a good sized barn and a nice garden.  Currently used as a gite, it was minimally furnished (a refreshing change from having to imagine what was underneath mounds of clutter) and painted throughout in white, giving it a light and airy feel.

The garden had nice views over open country, and a pool.  The barn stood between the house and the garden, meaning the house itself only had a view of its own small courtyard at the front (the back was along the roadside).

It didn’t quite feel like what we wanted, definitely more like a holiday home that a real home, but it was undoubtedly a possibility if nothing else turned up.  With two houses down and another six to view that day we were hopeful that something would turn up and we needed to press on.