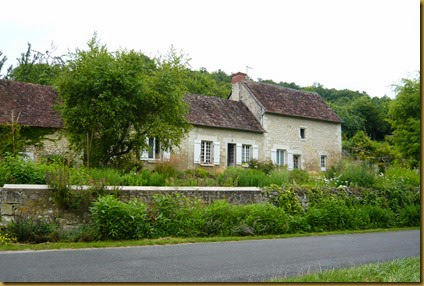 After a few days’ rest we carried on with our search and arranged to meet a different agent to visit this house.  The day before our rendezvous she emailed us to say she had hurt a hand and was unable to drive so gave us full details of how to find it for ourselves.  When we arrived the owner was ready to greet us and act as stand-in agent himself.  In French of course! 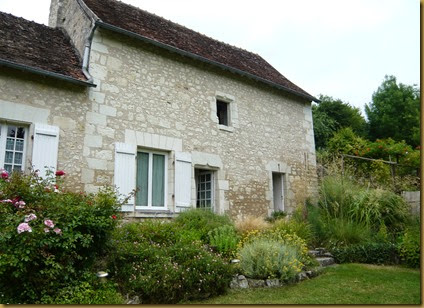 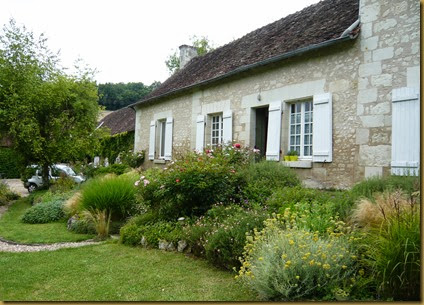 First impressions were very promising.  The house consisted of a two storey  and a single storey house joined together to make a substantial dwelling.  It was in a lovely position above a narrow, little used road, with views towards the river.  The land across the road and down to the river, including the river bank, also belonged to the house. 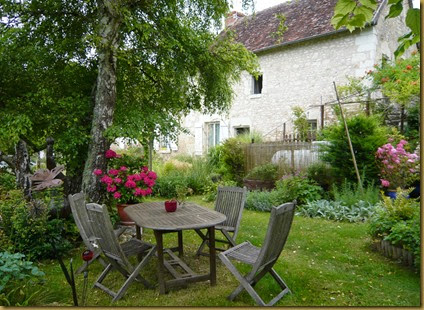 The house looked beautiful on the outside and sat very well in its plot of land.  Parts of the building dated back to the twelfth and thirteenth centuries and the external walls had been restored to a high standard. 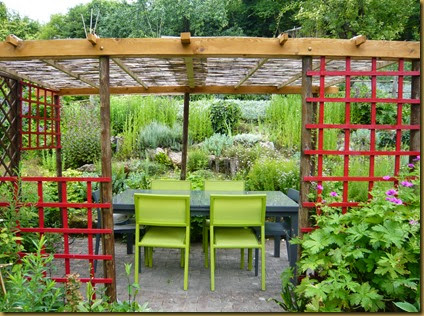 The garden was amazing.  It had several small, themed areas for sitting, relaxing or just admiring the view.  It was crammed with lovely plants, all beautifully situated and well tended.  A true gardener’s delight. 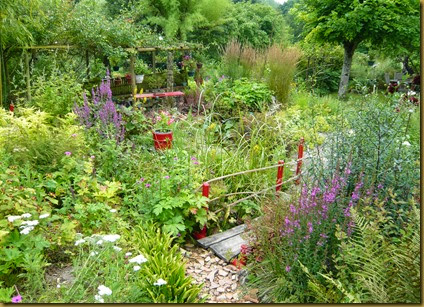 Many of the garden features were obviously home-made but to a very good standard and with a great deal of thought and skill.  These people were definitely passionate and talented gardeners.  It reminded me of some of the English gardens owned by the National Trust that we have visited.  There was also a large vegetable garden and orchard. 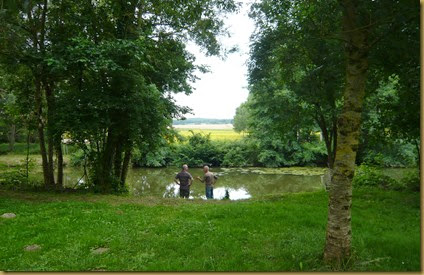 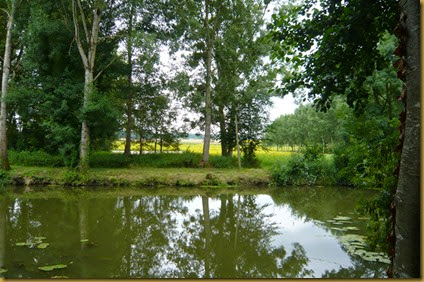 The land across the road stretched down to the river Claise and had the opportunity for some good fishing.  The river bank was well cared for. 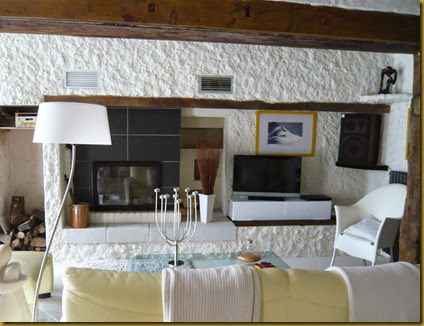 Inside, the house was a bit quirky.  First impressions were good and there were lots of modern features but in the living room there seemed to be something like rough concrete on the walls which had been painted white. 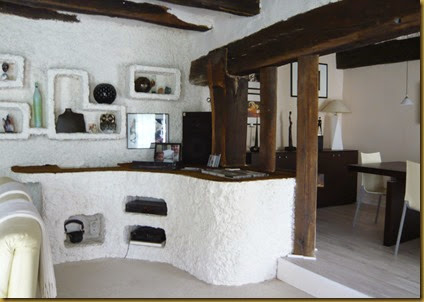 It was a strange mixture of old and new which somehow didn’t quite work.  There was also carpet on the walls in several places!  But I told myself that it was only decoration, and it could be changed. 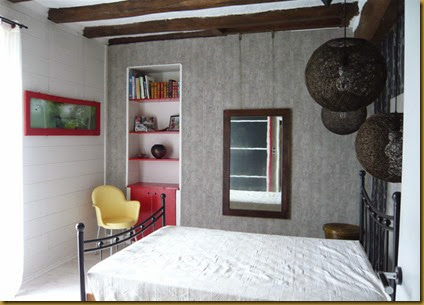 The very modern theme continued in a downstairs bedroom and bathroom. 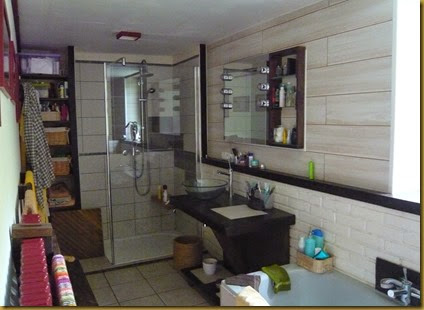 It was in the bathroom that I felt that this house was probably not for us.  Although elaborately and lavishly decorated in parts, none of it was to our taste and the cost of turning a house of this size into somewhere we would enjoy living could be huge.  We are not averse to redecorating, or installing a new kitchen or bathroom, but in this house everything needed to be changed for us to love it.

I also noticed a strong smell of damp at this end of the house.  Not the kind of damp smell you get if someone has just taken a shower – the other kind of damp, coming from the walls themselves. 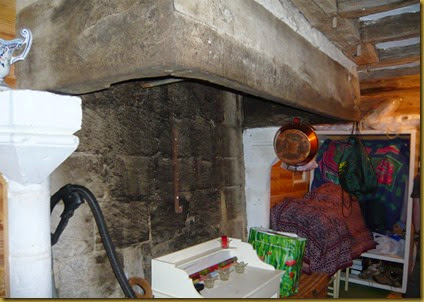 Upstairs there was a lot more finishing off to do. 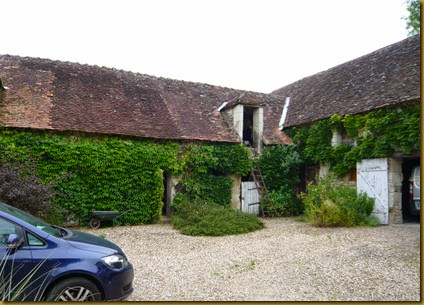 There were also two rather dilapidated barns, used as garages and storage.  They both needed completely new roofs and a lot of money spending to make them safe and properly useful.

This house was almost right.  It looked beautiful and with a bit of imagination and hard work it could be finished off and turned into a lovely home.  In reality it was just too much work for us.  It was right at the top of our budget and there would not be enough left in the kitty to do all the work we would want to do.

The garden itself was a full-time project to keep it up to the standard that it was now.  I suppose we could have removed a lot of the flower beds and made it less high maintenance but that seemed wrong somehow.  These people had created a beautiful garden and it would be heartbreaking to destroy it – or not be able to keep up with it.

It was, however, pretty close to what we were looking for.  I felt the best was yet to come and surely it couldn’t be far away now.