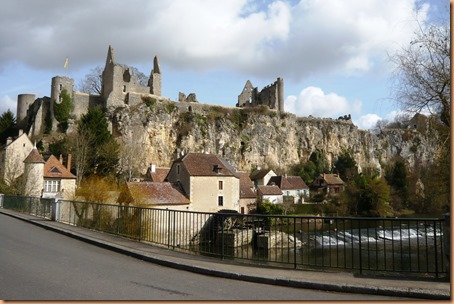 So, continuing the posts about last years unposted events and photos, to pass the time……………..

A good place to visit in February, when there are no crowds of tourists, is Angles-sur-L’Anglin.  It certainly is a beautiful and fascinating town but often spoiled by traffic and hordes of people.  There was none of that last February. 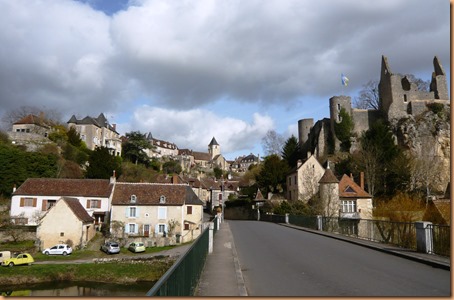 The reason I was there last February was that I had returned to France ahead of Nick, with a friend for company and with Daisy (who was fed up with being indoors in our then UK house) in order to check up on our French house after damage had been reported during some storms.  Nick still had a couple of sessions of rehab at the hospital to complete before he could join me, so for two weeks I was “off the lead”.  It suddenly dawned on me that I would have to somehow entertain myself and my friend for these two weeks, at a time of year when many of the touristy places are closed.  Angles seemed a good place to pass some time and take some photos and possibly get a spot of lunch. 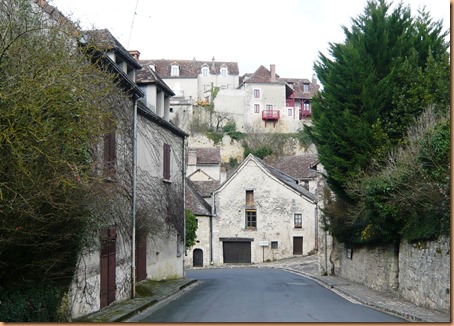 Of course, it being February, lunch options were limited, but we managed to find a very nice pizza restaurant open that I hadn’t tried before and we had a really nice meal, followed by a lovely walk around town.  It was a bit chilly, but it was nice to see the place without the frantic crowds. 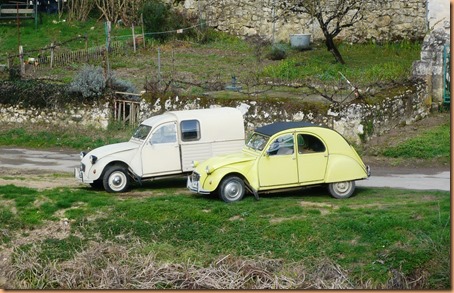 A visit there is always good and I never tire of taking photos.  These two old cars seem to have been parked in the same spot for years. 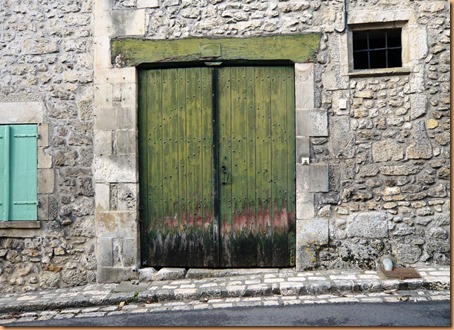 It is also an excellent place for indulging in my fascination for old doors and windows. 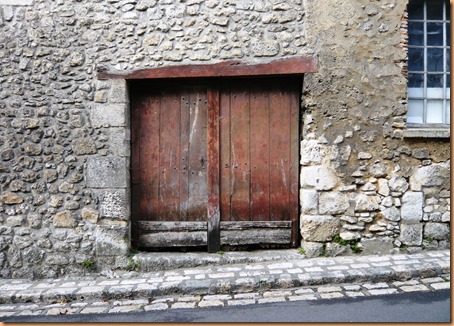 The place is full of them.  You would be tempted to think that the properties are all completely empty and deserted but a visit in the middle of summer would reveal that most of them are very much occupied and in use for something or other, for many months of the year. 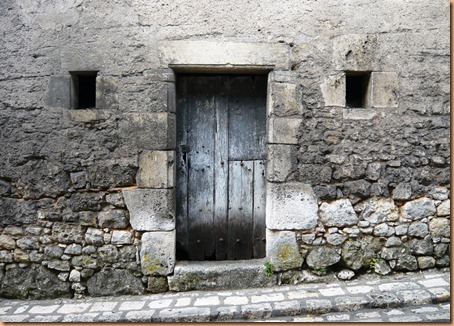 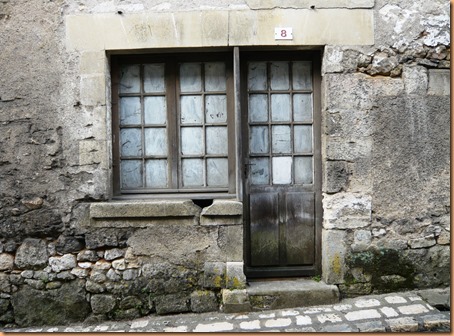 This one does, I have to admit, look unlikely to be occupied usefully, but you just never know. 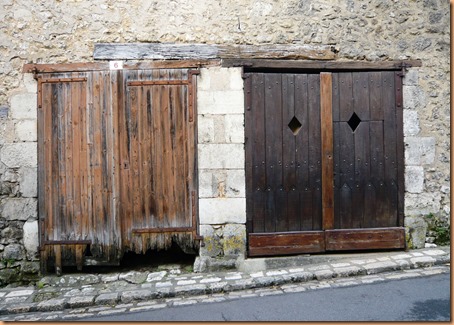 These two doors look like they’re for the same building, but one is in good repair and the other much worse, suggesting possibly not.  They seem to share a lintel but until you get a peek inside it’s impossible to guess what’s going on there. 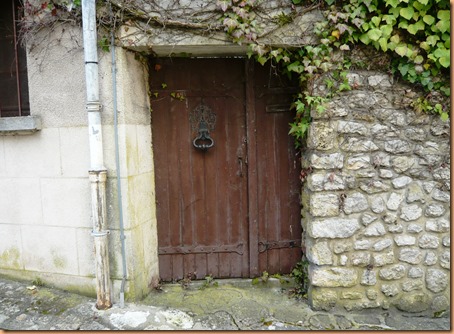 This door is probably a gate, leading to a courtyard of some kind.  It’s surprising how so often large and well kept courtyard or gardens lie behind an unimposing outer door.  I never tire of visiting Angles, and fantasising about what lies behind its lovely old doors.