A TALE OF TWO CAKE STANDS. 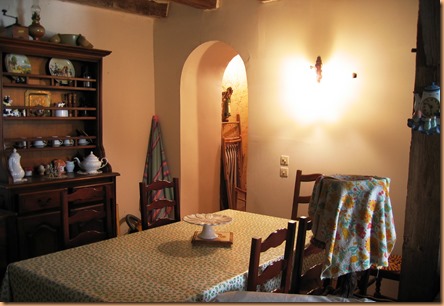 When we first looked at the little house at the foot of the château in Le Grand-Pressigny, the agent said that he thought the owner would want to leave all the contents.  We said that we sincerely hoped not as we wouldn’t want any of it – but I did rather like the cake stand that was on the table.

When we looked at the little house for the second time, just three days later, the agent offered me the cake stand.  I declined, as it wasn’t his to give away and taking it would have felt like stealing.  We made an offer on the house and the process of buying was put in motion. 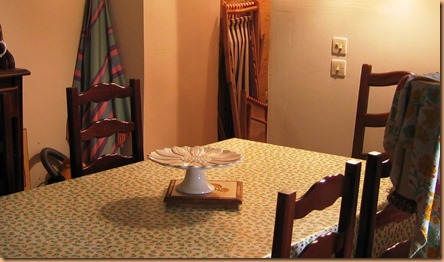 When we finally got the keys to the house it was completely empty,thankfully.   Everything was gone, including light fittings, shower curtain, in fact everything that could possibly be removed.  Including the cake stand.

We thought that the old lady had probably got a firm of house clearance people in and it occurred to me that one day some of it might turn up at a local brocante or vide-grenier, possibly even the cake stand. 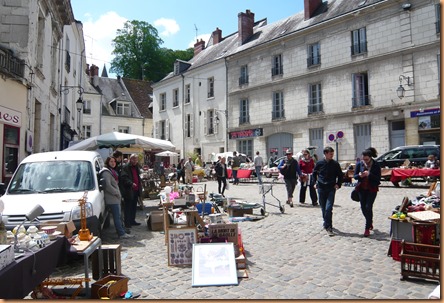 May is the first big month for such events and there are several every weekend.  My brother had just arrived for his holiday with us on Saturday so on Sunday we set off to do a tour of some of the brocantes.  First call was to the one in Loches. 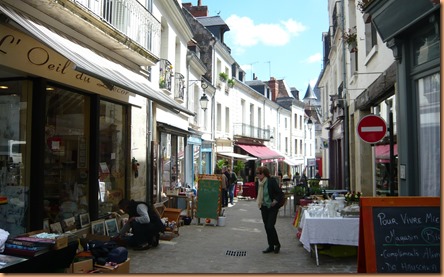 It was a nice one, not too big and plenty of quality items for sale at affordable prices.   With the sun shining and the bars and cafés open, we were having a nice time.

Then I saw it.  The cake stand. 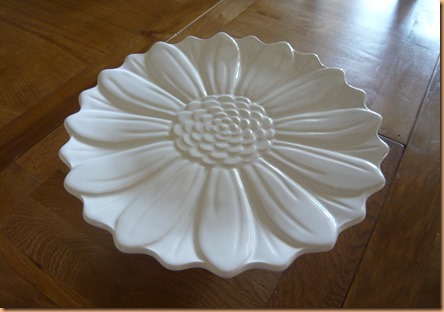 I recognised it immediately and swooped.  I was pretty sure it was the same one and when back home I looked through the old photo files that we took when house hunting to be sure I was right.  It had only taken me nine years to find it!