A DAY OUT IN CHAUVIGNY 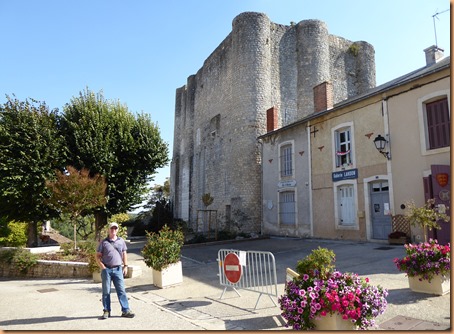 Because we have had a lot of visitors this year, we have done a lot more sight seeing than usual.  Consequently we have been to lots of places we have been before, some only fairly recently – twice in one year in fact.  Not that that’s any hardship, far from it.  This part of France is bursting at the seams with wonderful places to visit and once is never enough to take everything in. 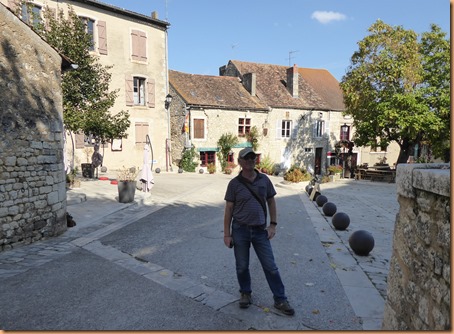 With the last of our visitors now long gone we scratched our heads and thought about where we would like to go just by ourselves.  Last weekend, on a glorious warm (if rather breezy) October day, we decided to go to Chauvigny. 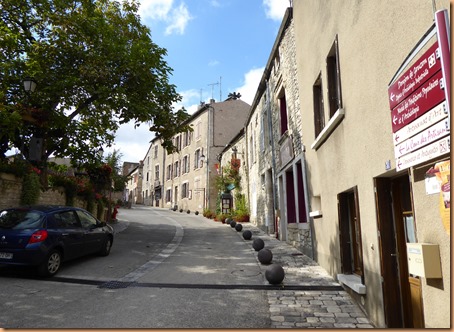 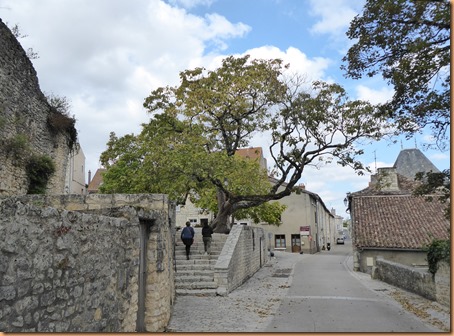 Chauvigny is a town of two halves, or rather, two levels.  The old medieval town stands high on a hill and overlooks the newer buildings below. 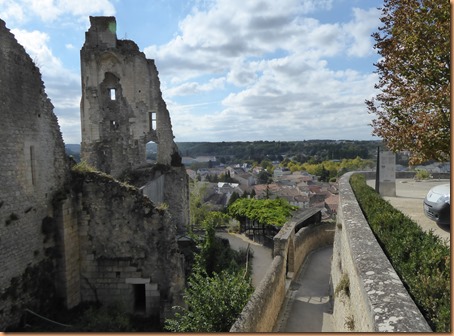 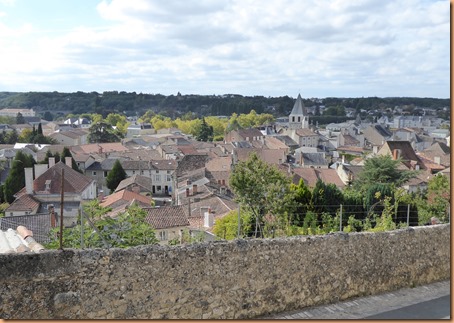 We have been twice before, the first time being probably at least twenty years ago.  The second was probably as recently as ten years ago.  On both occasions it was summer and the place was heaving with tourists. 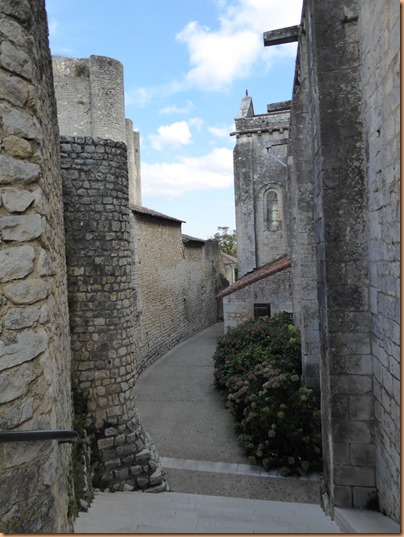 On this bright October day there were just a few visitors strolling around and with that came the advantage that not only could we see everything clearly instead of just getting glimpses through a mass of people, but often we had a whole street to ourselves to properly explore. 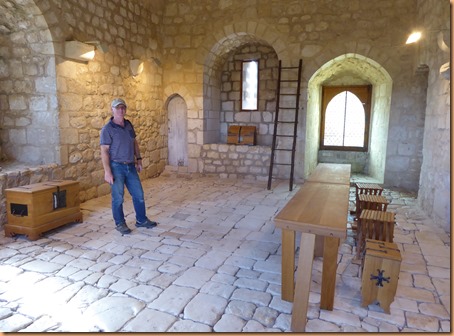 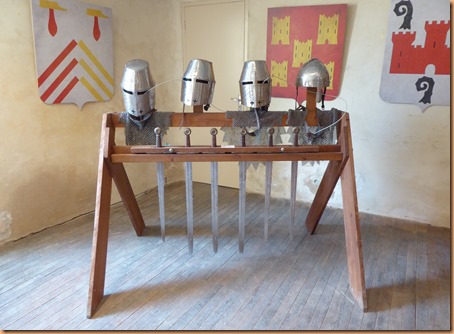 You can go into the château itself for free but there’s not much to see, just a few quirky displays and newish furniture arranged to give the ambience of a medieval château. 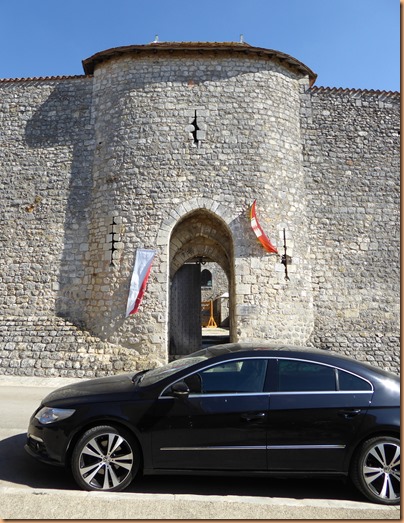 Another good thing about there not being many people around is that it gives me the opportunity to indulge my fascination for doors and windows.  Of course typically there is often a car parked right outside the one I really want a picture of, as above.  This rather posh car was parked annoyingly across from the entrance to the château itself, making it hard to get a nice picture.  It was outside the café – the only café we could find that was open.  Speaking of which, that’s the downside of going out of season – fewer places are open.  Chauvigny seems to have dozens of little tourist shops and cafés but on this day only one was open.  Consequently it was full, just about managing to keep up with the demand from the number of people who had come out for the day and would really like something to eat or drink while they were in town.

The waitress looked tired and jaded, bringing us our coffees with a smile that said she had had enough of tourists this summer.  Luckily she brought the bill for them at the same time so we left our money on the table without having to wait and went across the road to explore the château.  Within moments new people were at our table and the little tray containing our bill and money had been moved to the side along with the used cups.  When we came out of the château only a few minutes later, the café was deserted and the waitress was sweeping up.  Time was up and hapless visitors had been turned away.  Our money was still on the  table.

We meandered through the narrow streets, taking pictures and admiring the view, gradually making our way back to the car park.  At one point we heard a car and had to step swiftly aside so as to avoid being knocked down by the very car in the picture above, driven by the waitress from the café.

Here are some of my favourite door and window pictures from Chauvigny: 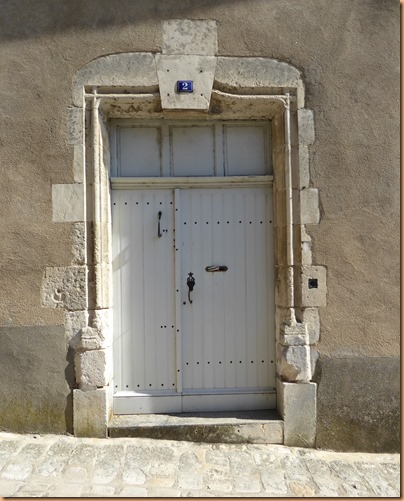 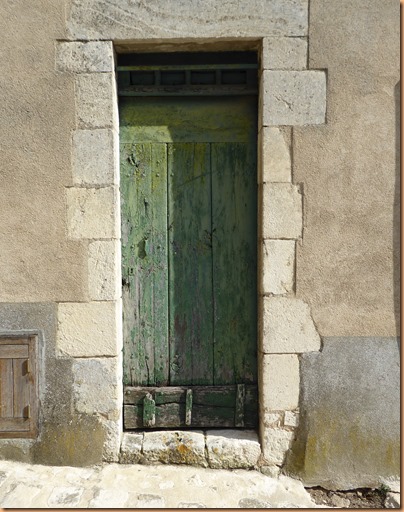 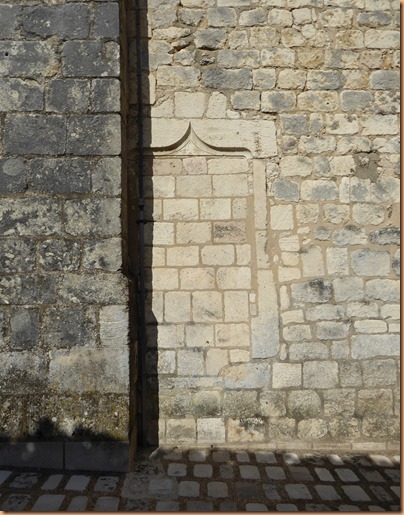 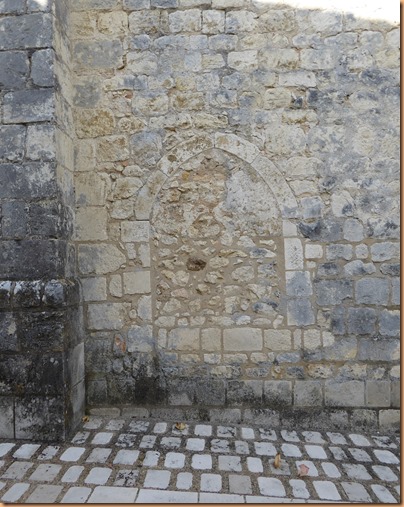 There were quite a lot of “ghost doorways” – blocked up doors and windows which I find possibly even more intriguing than normal ones. 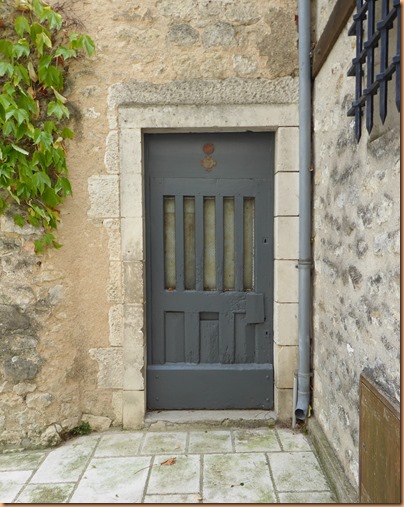 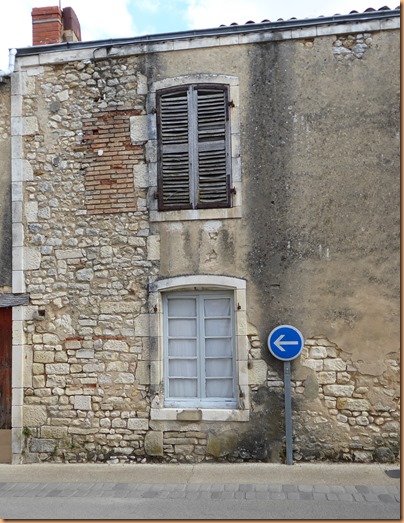 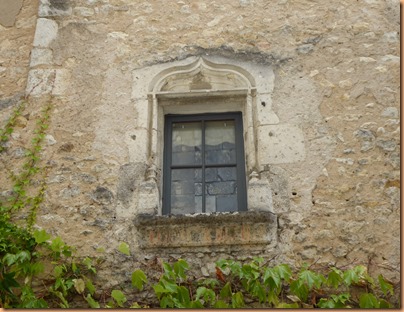 Years ago, when we were first thinking about buying a holiday home in France, I always envisaged having one in a place like Chauvigny.  I thought it would be fun to have a little cottage somewhere that was buzzing with people all summer, with lots of things going on and so many different places to stroll along to for a meal in the evening or a drink in the afternoon.

In reality I’m not sure I would have enjoyed living in a place which is thronged with tourists all summer and deserted for six months of the year.  We saw lots of little cottages in Chauvigny that looked like holiday homes or gîtes, nicely painted, neat and tidy and in lovely little courtyards or corners of the town, now looking empty and sad.  I imagine that even getting luggage or a bag of shopping to a cottage in the height of summer could be difficult and that privacy might be impossible.  There would be no wandering out to water the geraniums in my pyjamas in the cool of the evening if I was to end up in someone else’s selfie!

It was lovely to visit for the afternoon but I am glad that we decided to live somewhere normal, or rather - in the middle of a field!

One of the things that I have occasionally heard said about life in the UK after Brexit is that food will be cheaper.  How one could possibly arrive at that conclusion is baffling but my first reaction is that food in the UK is already very cheap, certainly a lot cheaper than it is in France.

From our shopping trip today, here are a few examples.  I have compared two similar styles of supermarket, those that are our nearest in both countries. 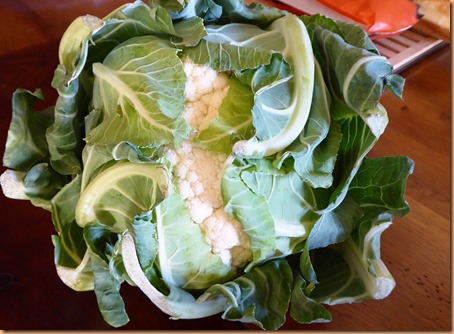 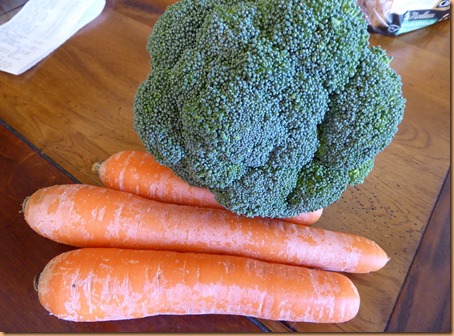 In Tesco 65p per kilo.  That’s a third less than in France. 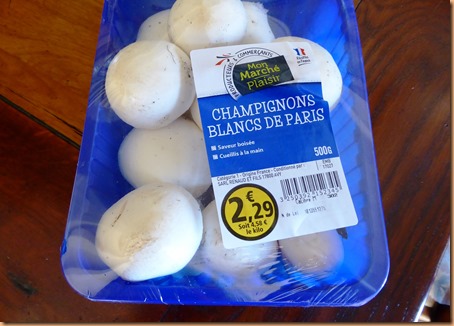 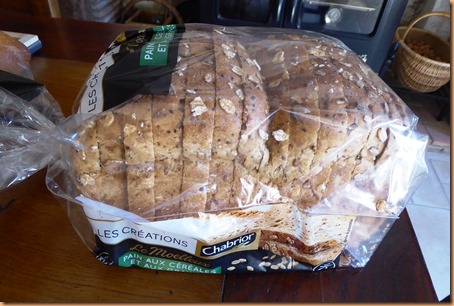 In Tesco you can get something similar for 70p.  You do the maths. 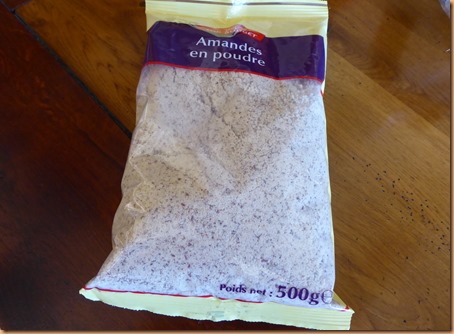 This little exercise has proved to us what we have thought for some time, that shopping in France is much more costly than in the UK.  Not only that but the quality of the fruit and veg is often not that good either, being past its best but still for sale at full price.

A lot of the price difference is accounted for by the drop in the £ since the referendum in June 2016 and in fact all the Britons who live in France and are paid in £ but buy goods in € have been at least 20% worse off since that day.  Most of them expect to be even more worse off when Britain leaves the EU next year and when the £ is expected to fall even further.  Not a happy prospect.

On the other hand, the climate in this part of rural France makes the growing season longer and there are huge savings to be had by growing your own fruit and veg.  As you drive around the countryside in the summer you see that most houses seem to have a potager brimming over with produce.

When there is talk of having cheaper food in the UK I am inclined to wonder how on earth it could be cheaper than it is already now.