CLOSE ENCOUNTERS OF THE FURRY AND FEATHERY KIND. 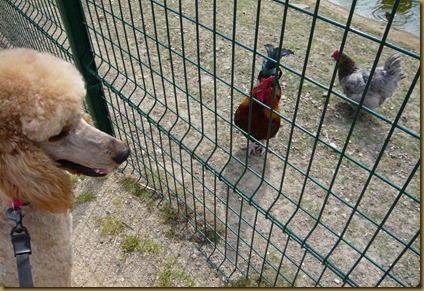 When we were in Le Grand-Pressigny at Easter, Nick had to visit the insurance office in Descartes – a challenge for his French language skills but he was determined to manage by himself – so Lulu and I went to the park for a walk. 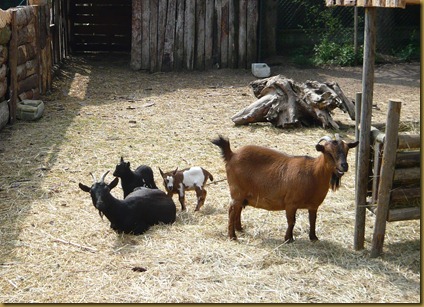 There is a little zoo in the park.  We have looked around there before and in summer the animals are often sheltering from the sun in their little huts so we don’t see them.  Equally in winter they are indoors keeping warm so we still don’t see them.

This day, Good Friday, was a lovely warm spring day and they were all out enjoying the sunshine.  Amongst the various animals there were some very cute baby goats. 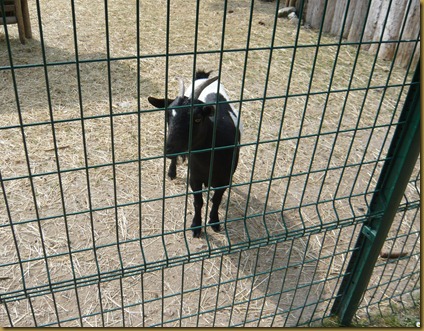 Lulu was very interested in the baby goats.  I guess they were of a similar size to her and she pressed her nose through the wire fence to say hello.  I wondered if she thought they were some kind of dog – she had never seen a goat before, not to my knowledge anyway !!

Next thing – THWACK !! – mother goat hurled herself at the fence to head-butt us !!

She was obviously not too keen on this strange poodle creature getting close to her babies.  I was very glad the fence was between us.  Having several kilos of goat thumping against me or Lulu would have hurt a lot I think.  Mother goat bounced off the fence then decided to have another go !! 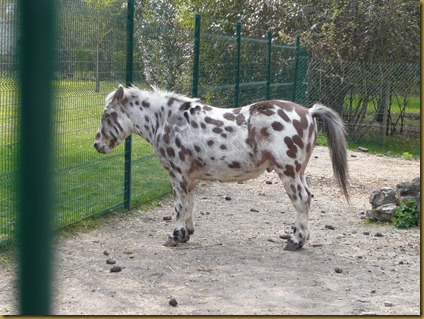 After that Lulu kept her distance from the fence as we strolled around to see who was out and about. 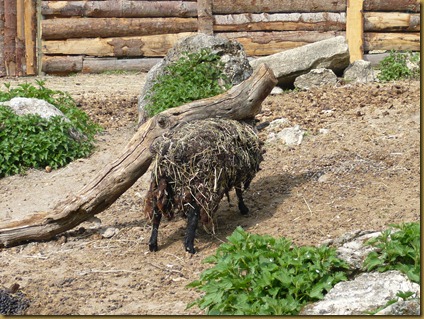 This bush with legs turned out to be a sheep. 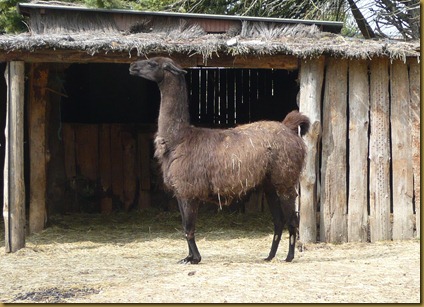 Some of the animals were tall and handsome. 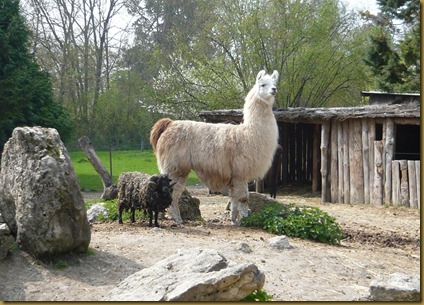 Others were small and …. bushlike. 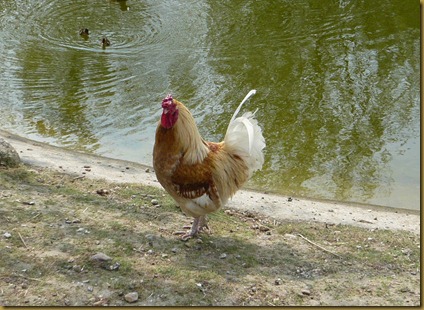 more of the same Lulu, Wildlife