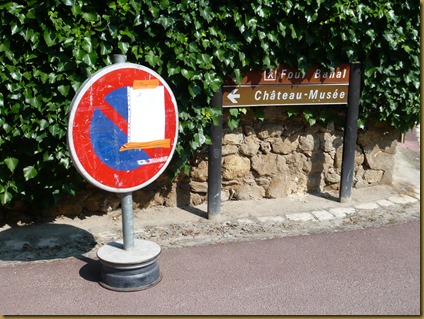 On 12th July a notice appeared at the top of the road that leads around the château saying that between 9am and 2pm on 14th July no parking would be allowed along the Rue des Ramparts or Rue du Four Banal.  A similar notice was posted at the bottom of the hill up to the château.

The reason given was something to do with old photos and lace.  The parking of cars was forbidden and would attract the attention of the mairie and the gendarmerie.

July 14th is of course Bastille Day and preparations for the celebrations were already under way in the village – a deck had been built in the square and a small tent for music and dancing.  There would be fireworks after dark.  I couldn’t see what any of this had to do with old photos and lace.

We complied with the rules and parked our car in the château car park where there would be more space than in the square.  As we walked up the hill on the Sunday morning I realised that I had a very rare opportunity to see and photograph the streets without any parked cars spoiling the view.

We went to do some shopping at Descartes market and returned about lunchtime to find people in old costumes and old cars around the château.  So then it dawned on me that the modern cars had had to be removed for some kind of film or photo opportunity.  Maybe we will find out what it was some time. 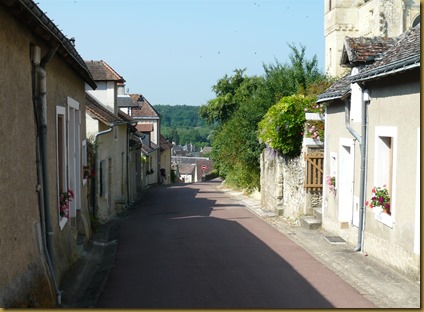 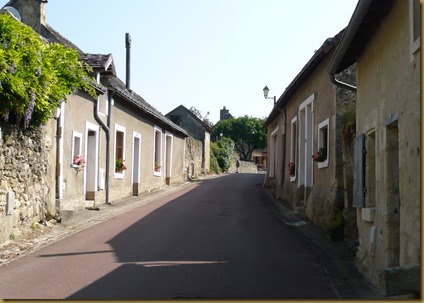 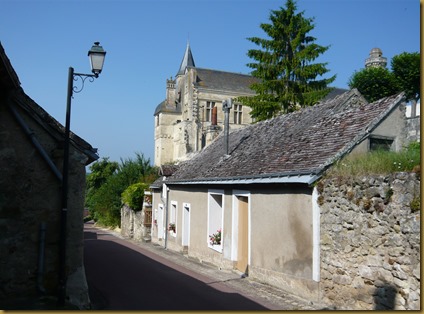 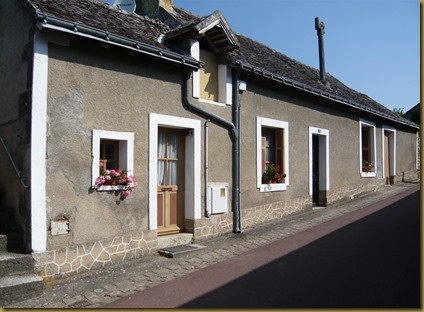 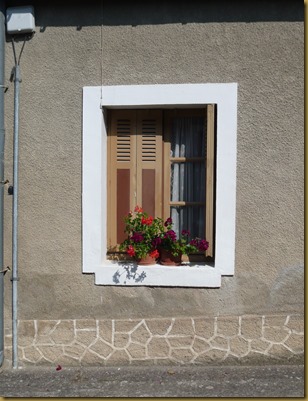 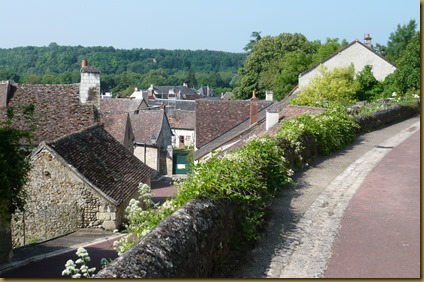 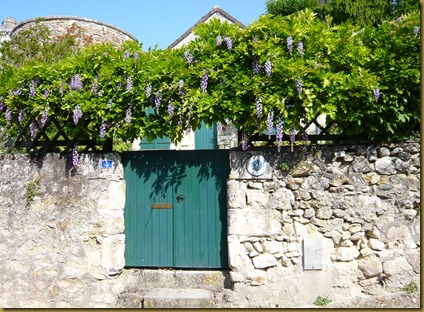 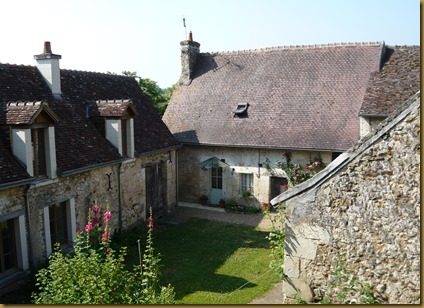 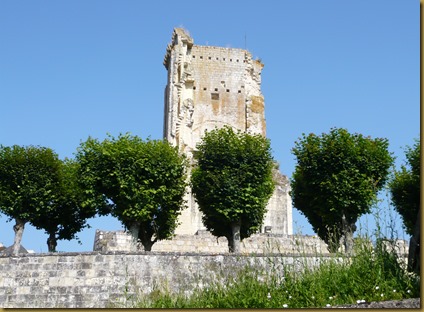 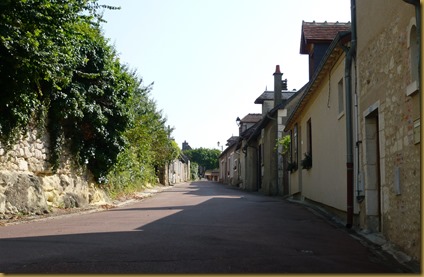 It was nice to get pictures without cars littering the place.  There was also no litter.  But then, there never is !!  (Apart from the pears and cherries that mischievously fall from the trees.)