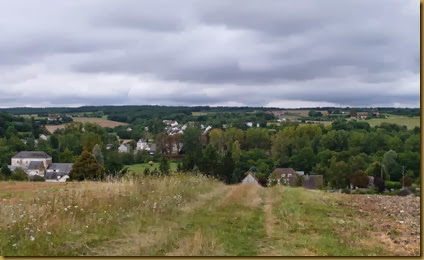 It is now more than three months since I retired and I already feel much, much better.  The pain in my back and hip has gone since not having to spend hours leaning awkwardly to do my job and I no longer get upset by the weather.

When I was working summers used to pass me by because so often there would be good weather during the week while I was at work and then it would rain at the weekends.  Whole years would go by when it was almost impossible to do anything in the garden or to get out and about on the motorcycles because the weekends were so awful. 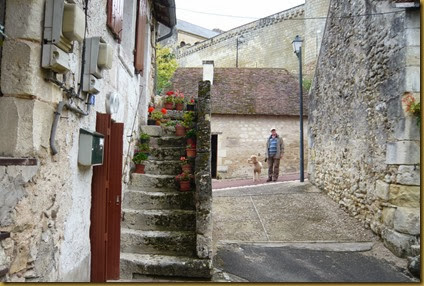 I think it was Billy Connolly who said “there is no such thing as bad weather, just the wrong clothes”.  I do see his point but simply can’t agree.  I would much rather spend summer drifting around in light cotton clothes than muffled up in boots and waterproofs.  And apart from the fact that there are some things you just can’t do when it’s chucking it down, it’s so miserable.  Human beings are programmed to need sunshine I think. 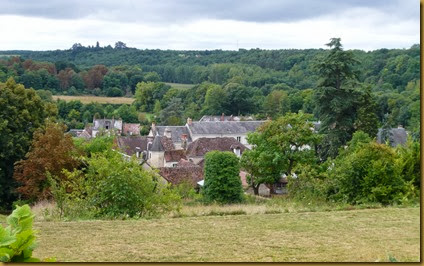 Now that I'm retired, if the weather isn’t good it bothers me a little less.  If it’s cool and rainy I can get on with indoor jobs.  If it’s nice and sunny I can take Lulu for an extra long walk or do some gardening.  This is exactly how I knew it would be and I love it – knowing that when the sun comes out I am free to make the most of it.

However, I did feel sorry for Nick when the weather changed just as his holiday started.

Our first week in Le Grand-Pressigny was hot and sunny.  Nick was stuck in front of his computer all the time and in the middle of the week had to go to Paris for the day.  This was a very long day for both of us, getting up at 5.45am to drive him to Tours to get the TGV, then collecting him at 7.20pm to fetch him back home.  It was 38°C when I picked him up. 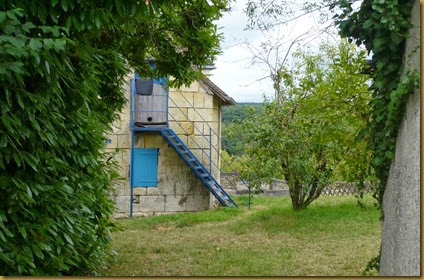 During that first week, when the weather was gorgeous, we didn’t do “holiday” things, life just went on as if we simply lived there.  Then the weather changed at the weekend and on the Monday morning we woke up to dull grey skies and showers of rain. 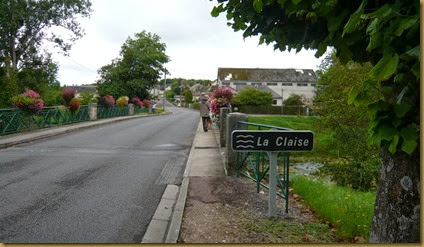 Poor Nick.  He felt like I used to feel, all the time.

But, now that we have internet chez nous we can check the weather forecasts more easily and we could see that the poor weather was not going to last and that by the middle of the week the sunshine would be back.  So that cheered us up no end. 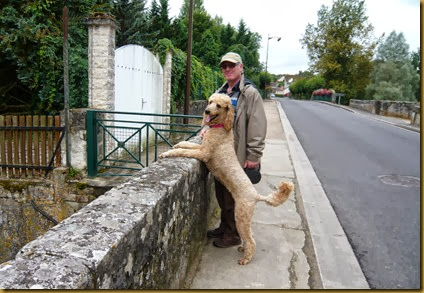 As well as the lousy start to his first week of holiday, he was a bit put out by the state of the river.  The river authorities have reduced it to little more than a shallow stream, resulting in there being hardly any fish worth fishing for.  He had spent so long looking forward to sitting on the river bank, watching the kingfishers while he fished and even catching the occasional big fish.  Now there are only tiddlers and the kingfishers have moved on too. 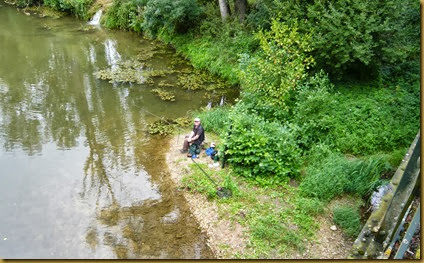 He did give it a try though.  But he didn’t catch anything. There was nothing there to catch. 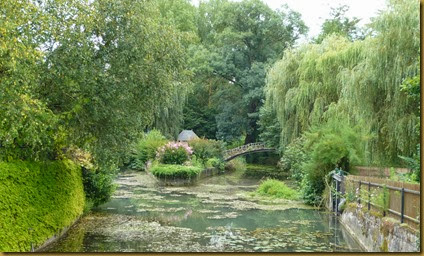 But every cloud has a silver lining and there is always something to do when we are chez nous.  The cooler days meant we could get on with a few jobs around the place that we needed to do but wouldn’t contemplate in the heat. 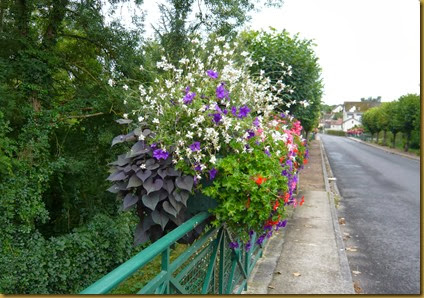 And although the weather was gloomy for a while it’s impossible to be out of sorts for long when there are flowers everywhere and you get home to find this on your doorstep. 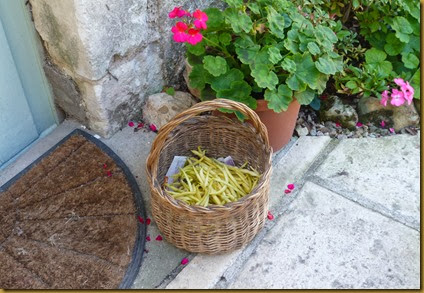 more of the same Thoughts, Weather