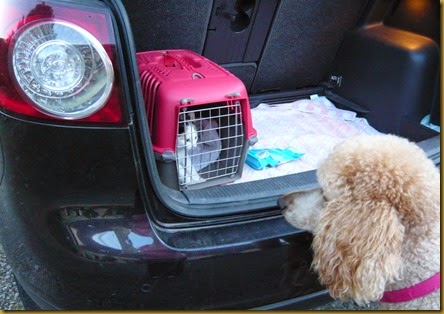 It was a big year for all of us last year.  We moved house in England and in France and Lulu coped with it all really well.  She had hardly settled in at our new French house when a small interloper arrived.  Daisy the kitten. 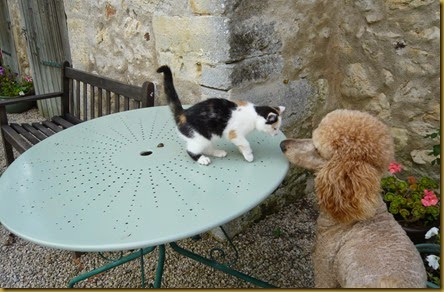 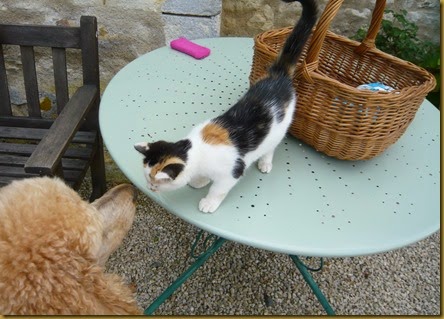 I have had a cat and a dog in the same household before (many decades ago) but the cat was there first and they got on well together.  Friends who have introduced a cat to a house where the dog lived there first have not fared so well and they don’t get on at all.

Consequently I was nervous about bringing a kitten into Lulu’s new home, but wondered if the fact that she had not yet firmly established her territory might make things easier.  In any case, the cat was needed to deal with the huge population of mice so we had no choice. 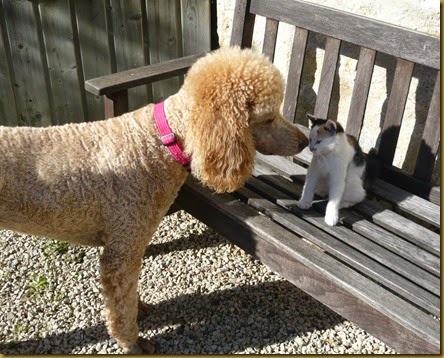 It turned out to be a fairly painless process in the end.  We had to put a bit of time and effort into it but it worked out fine. 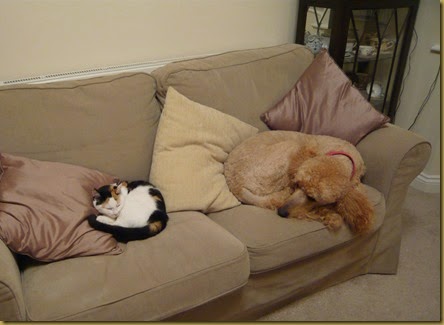