ST EMILION, THE STREETS AND BUILDINGS. 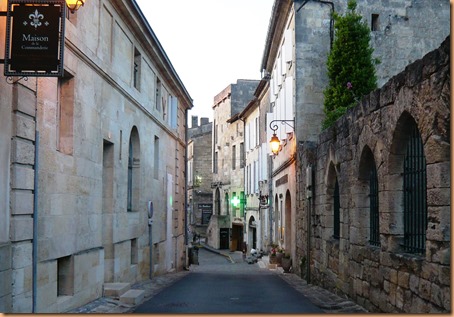 St Emilion is of course an old mediaeval town and as such is full of fascinating old buildings, some of which have obviously been through many incarnations between when they were built and the present day. 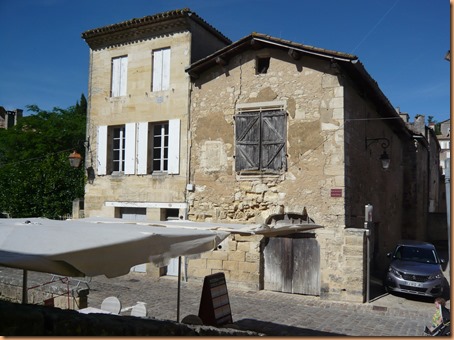 The interesting thing is how many of them are empty and in poor condition, almost falling down, in fact.  It seems odd that there are buildings in prime positon just left empty and unused, when all around have been converted into sophisticated shops, hotels and restaurants.  I imagine that the complex laws around property ownership and inheritance in France have a lot to do with it. 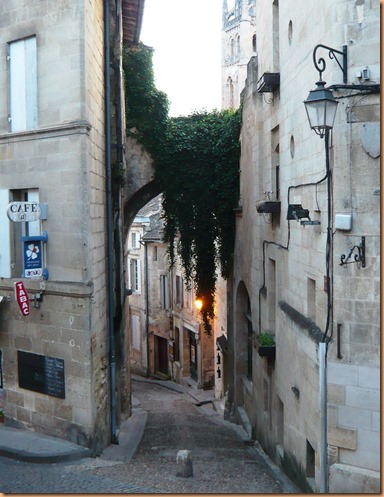 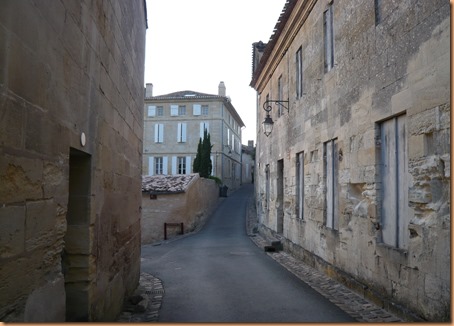 It seems strange to me that the large disused building on the right of the street has not already been transformed into a chic dwelling like the one further along, or a hotel.  Maybe it’s in the pipeline, who knows. 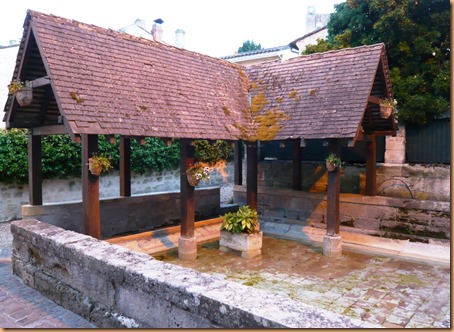 The old lavoir is in the centre of the town.  Lavoirs performed a social as well as functional part of life in the days when the town’s women would meet while doing the laundry.  We take the plethora of modern means of communication for granted nowadays but not all that long ago the only way of finding out local news was to talk to each other in person.  We even take writing for granted but until the last century it’s unlikely that many of the inhabitants of the town would actually have been able to read and write. 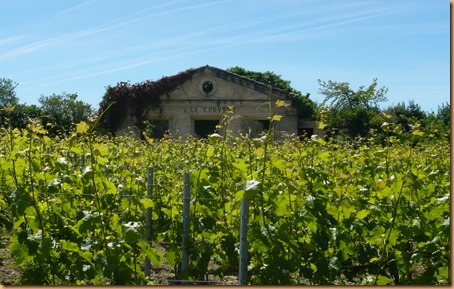 One of the biggest disused buildings is the old convent which sits at the top of a hill overlooking the town.  The grand gate and entrance is now overgrown with cultivated vines. 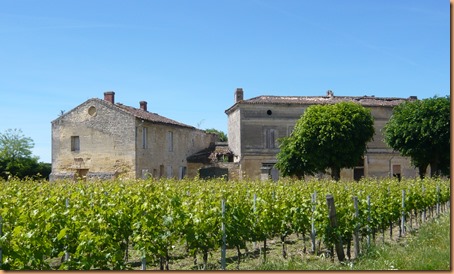 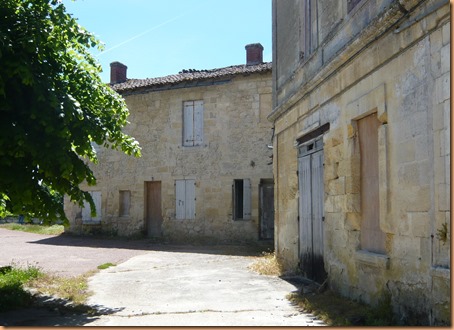 It occupies a huge area in a beautiful position and it would surely be ripe for conversion into a prestigious hotel, or maybe an official building. 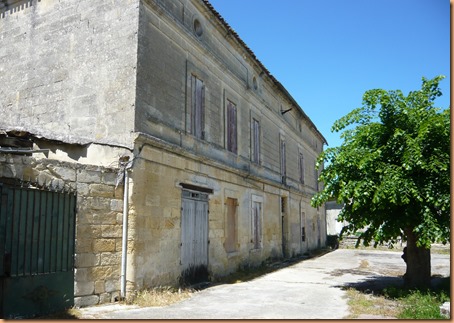 It’s hard to imagine that an empty property like this would stay empty for so long in our part of the UK, where land is scarce and beautiful stone buildings command an enormous price for renovation or conversion.  Maybe the cost of the work makes it unviable, if the building has become so dilapidated that only the walls can be saved.  Or maybe there are religious reasons for leaving it empty.  Who knows – I certainly don’t but I’m sure there are people that do. 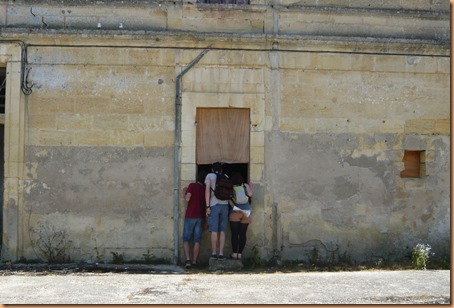 It was attracting plenty of attention from the tourists and was not too difficult to get into, if you were of a mind to climb in.  No health and safety precautions were in evidence anywhere to deter people from exploring inside. 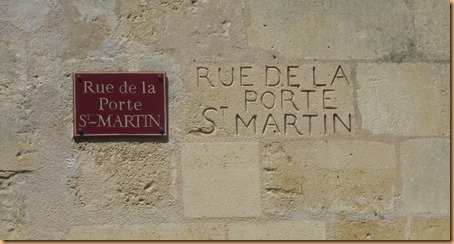 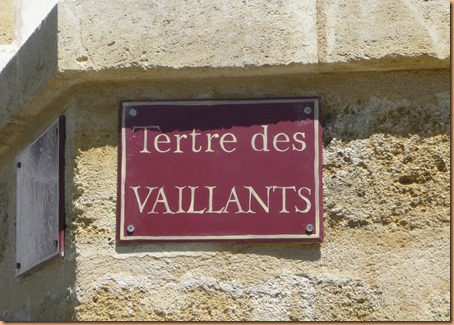 The street signs were different to what we had seen elsewhere in France.  They were stylishly written and a red wine colour, maybe to reflect the town’s wine heritage, or possibly religious or regal connections.  Someone will know this too, I’m sure. 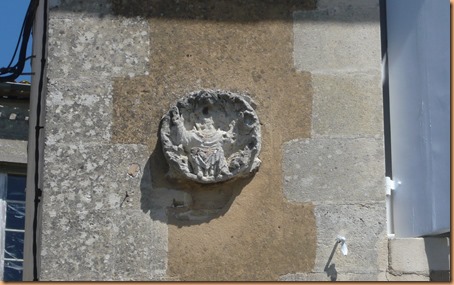 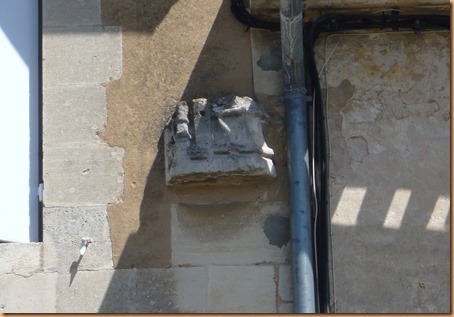 A lot of the buildings were adorned with stone carvings, worn and eroded over the centuries to the extent that it was hard to make out what they once depicted, or said about the building and its occupants.

I took far too many pictures of the streets and buildings for just one post so there will be a second bite at the cherry shortly.  Then there will be a post about the doors and windows (a favourite of mine), one about the food and wine, one about the environs and then that will be it.  My St Emilion series could run and run but there must be an end to it before long!