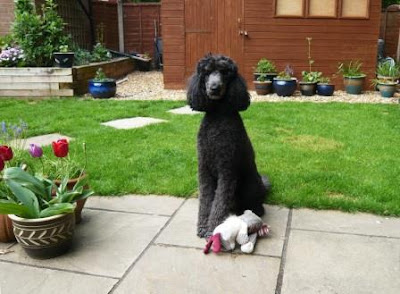 I post far fewer photos of Hugo than I used to do of Lulu.

This is because he is black and with my camera he just looks like a black blob in most of the photos.  Which is such a shame because he really is a very handsome dog.  However, this is getting easier because he is going grey.  Bless him. 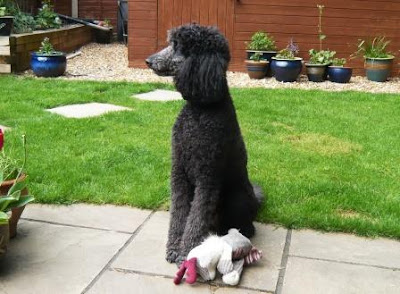 He is yet to reach three years old but his nose and patches on his back are very grey.  There is a patch on the base of his tail which is almost white.

He was due for a haircut this week but we checked with the groomer and sure enough, just like the hairdressers, all grooming salons have had to close, so Nick had to get the clippers out and do the job himself. 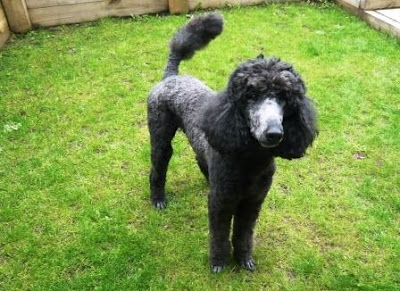 Hugo was last clipped six weeks ago, just before the lockdown.  His hair grows at such a rate that it has to be clipped every five to six weeks, to keep him clean and comfortable.  The bits that really look untidy when he's ready for clipping are his nose and his feet.  They look wrong when they're too woolly. 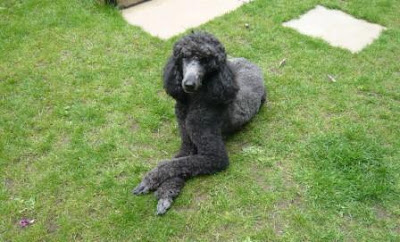 Clipping him the first time after he's been done professionally is not too difficult as it's possible to follow the existing shape and aim for a similar look.  With each successive clipping we get a little bit further away from the perfect cut and you can tell he's had a home haircut.  Nick did a good job this time I think.
It's not going to be so easy with our own hair I think...…...

more of the same Hugo, The virus.