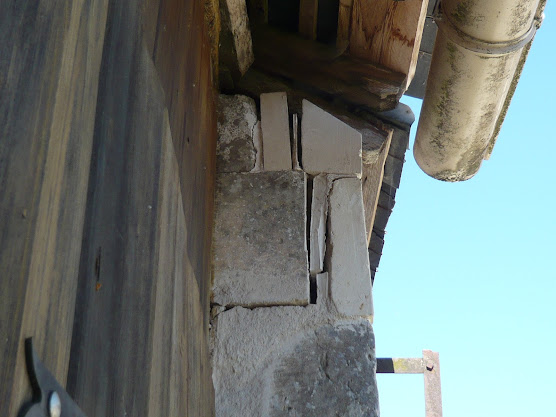 In 2020 we were only able to stay in France for eight weeks because of the pandemic.  (That's a fraction of how long we usually stay, twenty six weeks or thereabouts.)  One of the things we noticed early on in our eight weeks was a huge crack in the barn wall next to the door.  The wall was effectively falling outwards.  What this picture doesn't show is that on the inside, a massive beam that supports the barn roof and should have been sitting on this wall, was now almost resting on fresh air!

We approached the builder who had fixed our chimney the year before and he came along to take a look at it.  He rapidly fitted an acrow prop under the beam to support it and avert the potential catastrophe of the beam collapsing, possibly taking a huge chunk of the roof with it.  He also came up with an idea to fix it, saying he would start the work in October.

That was last year but time went by, a devis (estimate) never arrived, the work never got started and we found ourselves looking for a new builder.  Local inquiries earlier this year revealed that all the builders for miles around were incredibly busy and booked up for months ahead, if not years.  However..............

We have friends in the village who are in the process of having their house renovated and, having learned of our building woes, invited their builder to take a look.  To our absolute joy he not only agreed to do the job but also to do it while we were there in the summer.  What a relief!  One of our worries about having it done in our absence was the security problem if the barn doors had to come off while nobody was living in the house.

He came up with a different plan to fix it - by taking down a large chunk of the defective wall, rebuilding it and rehanging the doors and work was to start in the middle of September.  Our friends had effectively agreed to  "lend" him to us for a while so that the job could be done before the end of our Schengen period. 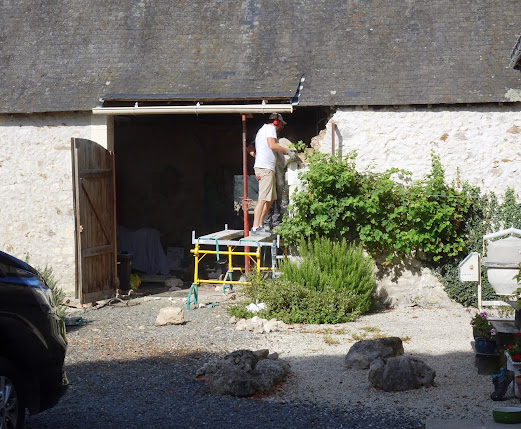 The first job was to fit a few more acrow props and take the cracked wall down, stone by stone. 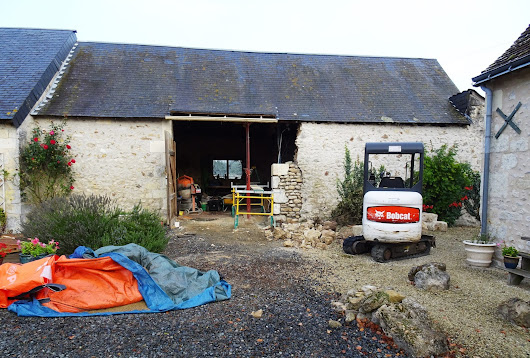 Then to start rebuilding it. 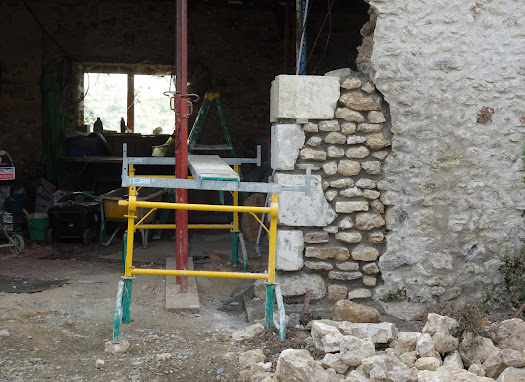 The old wall, probably three hundred years old, was constructed from stones held together with mud.  This should last several hundred years more! 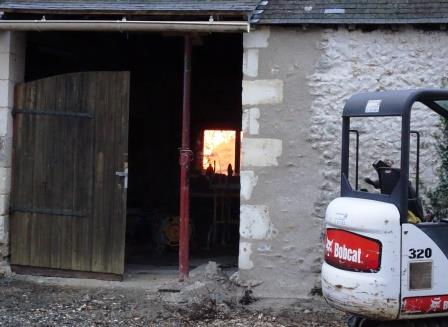 With the wall rebuilt it was time to render over the underlying stones.  A technique called "pierre apparente" where some of the stone is left visible. 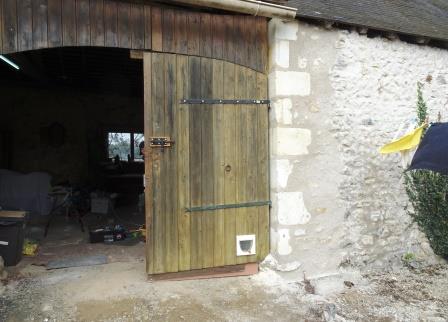 The hinges were reconnected with their new wall and the door rehung. 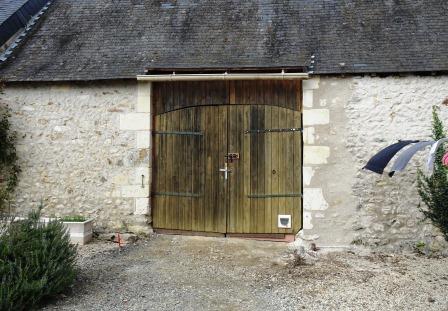 Et voilà !!
The work finished less than two days before we travelled back to the UK.  Our plans for closing up the house and barns for the winter in a relaxed and careful way turned again a huge scramble, but it was a small price to pay for knowing that the wall is repaired.  It looks like a project for next year will be to get some new barn doors as the ones that came with the house will not last much longer, but for now the place is at least secure.  And the roof will not fall in!