When we arrived in Le Grand-Pressigny at the very end of April our judas trees at the back of the house were in full bloom. 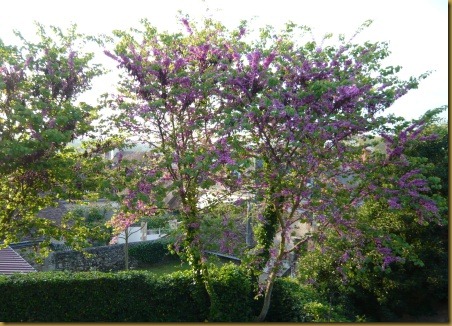 The trees produce masses of little pink flowers which are so pretty.  Unfortunately later on they produce masses of ugly seed pods which pile up on the garden and terrace, blow under the kitchen door and generally make a mess.  They are also the trees that caused us a spot of bother with the neighbours when branches fell off into their garden and squashed some plants.  Oh dear. 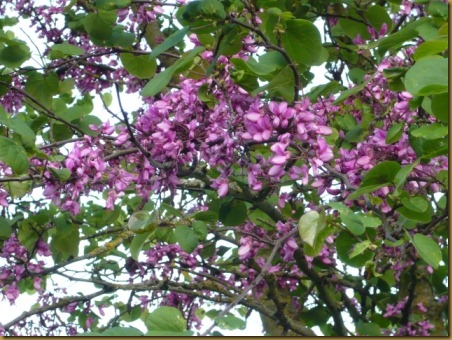 But at this time of year we can enjoy them for what they are.  When there was a bit of a breeze (we don’t often get really strong winds, we have noticed) it snowed pink snow.  The snow formed drifts where the grass meets the tiles on the terrace and formed puddles in the leaves of garden plants. 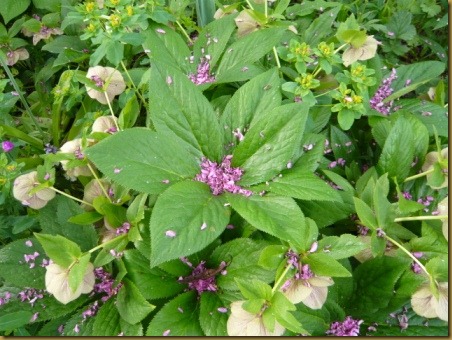 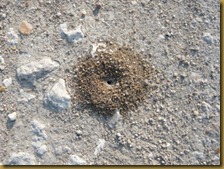 When I took Lulu for a walk behind the château, we came across things I didn’t remember from previous visits, including holes in the ground.  Some were very small, presumably made by an insect or other creep-crawly.  Others were much larger, big enough to take a mole or other little animal. 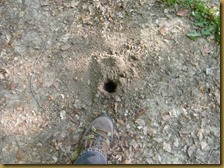 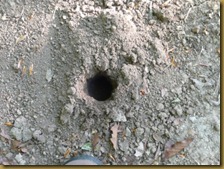 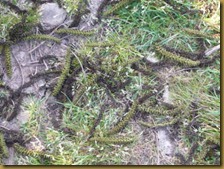 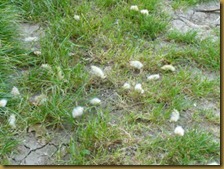 There were also lots of catkins.  My heart skipped a beat when I first spotted the ones on the left – at first glance they looked like processionary caterpillars.  Thank goodness they weren’t – we were too late in the year for those, I think. 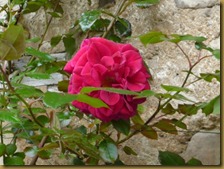 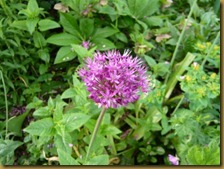 We were delighted with all the flowers everywhere.  The climbing rose on the front of the house was in bloom and there were lots of lovely flowers in our little back garden. 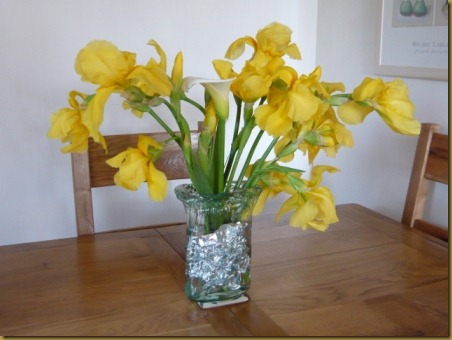 These irises appeared on our doorstep on the second day of our holiday – left there for us by Mme André. 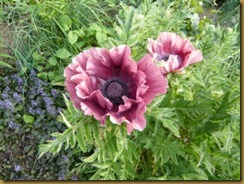 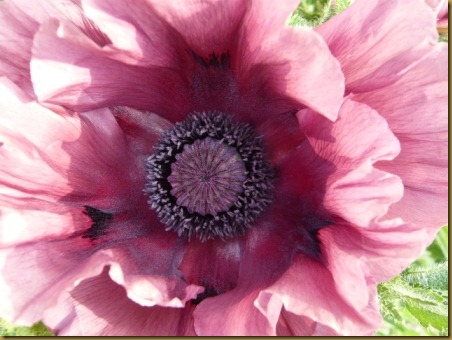 This fabulous poppy was in flower in Alex and Nicole’s garden at Les Limornières.  All in all, we had a very floral and fragrant week.

more of the same Gardens