There is often so much going on around and about at the weekend in our little corner of France that it is hard to decide what to do. 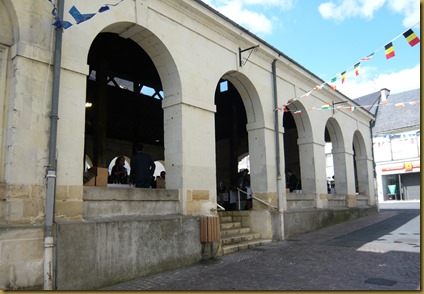 Last weekend we plumped for the winetasting event at Bourgueil.  We like the Bourgueil wines and it was a nice sunny day so off we went to the Place des Halles to see what was going on. 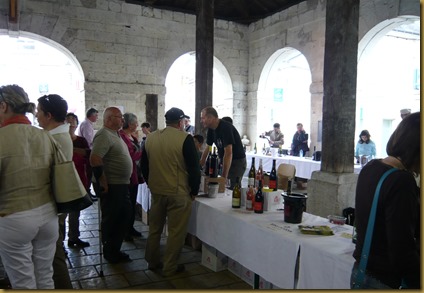 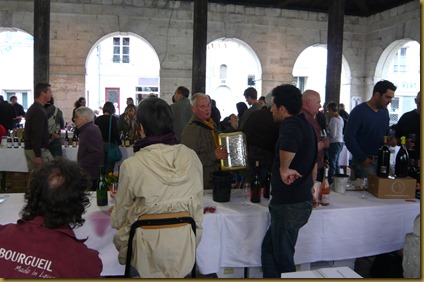 The venue was almost open air – the uncovered archways led directly onto the street – which produced a nice, relaxed atmosphere.  There was obviously a lot of serious tasting going on but we were there just for fun.  The accordion player added to the ambience. 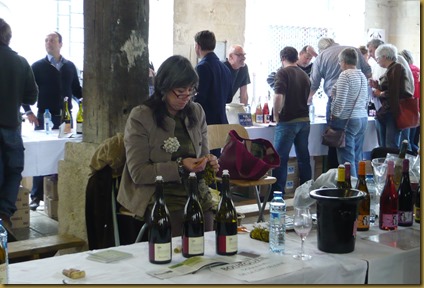 Not all of the vignerons were busy all of the time, so this lady brought something with her to pass the time !! 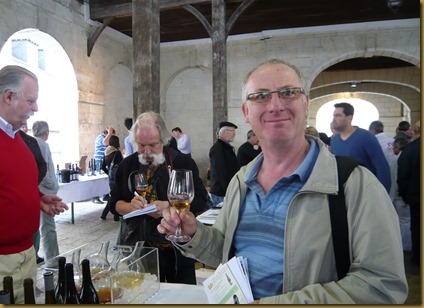 Nick did most of our tasting.  (I was driving.)  We bumped into Jim Budd of Jim’s Loire, who shared a couple of his recommendations. 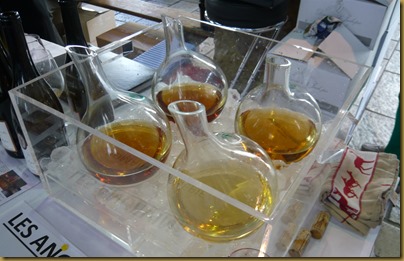 These sweet wines from Domaine de Juchepie were among our favourites.  Mind you, all the wines tasted good once we had tried a few !! 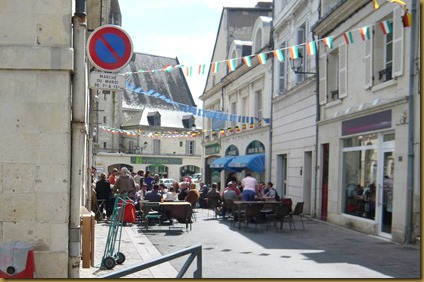 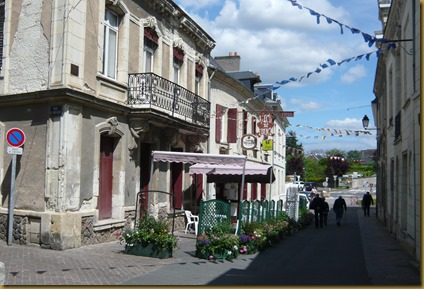 The town of Bourgueil was all dressed up for the occasion and in fact there were two events taking place.  A bit further up the road, in a park was something called the “fête de la nature”. 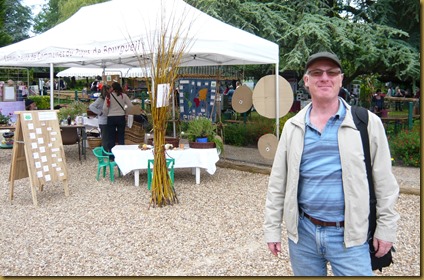 We have been to so many things like this in France, wandering around for free, looking at all the stalls and coming away without a clue what it was all about. 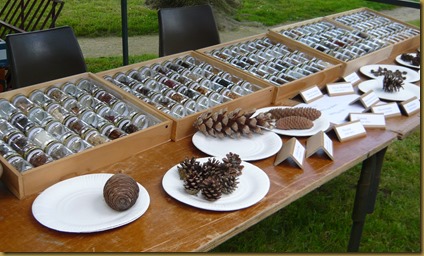 There were bits of plants and fir cones on display. 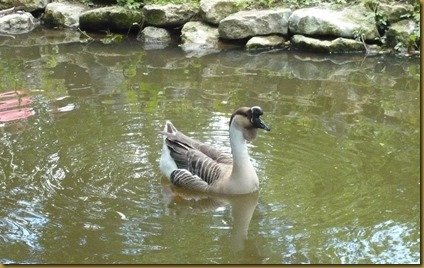 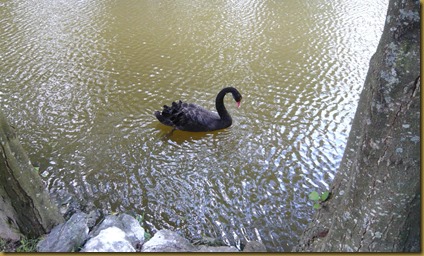 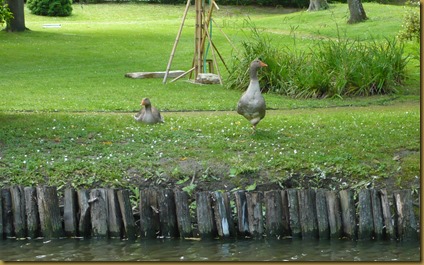 There were fancy swans, and geese standing on one leg.  I think they might have been some of the regular inhabitants of the park. 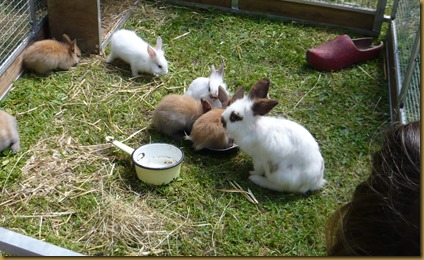 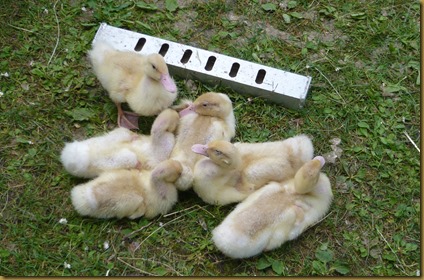 There were baby rabbits and ducklings for children to stroke, prod and generally annoy.  Also baby pigs, deer, goats and chickens, all looking pretty fed up with the attention. 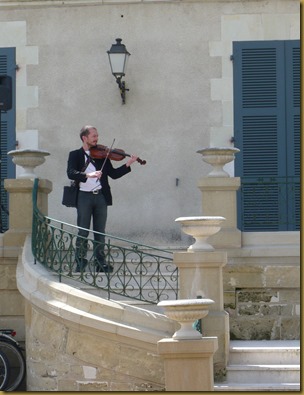 Then a man came out and played a violin on the steps at the entrance.  He played rather well but we had no idea what it had to do with fir cones and baby animals.

All very strange, but most enjoyable.  I like the weekends in France. You just never know what you’re letting yourself in for !!