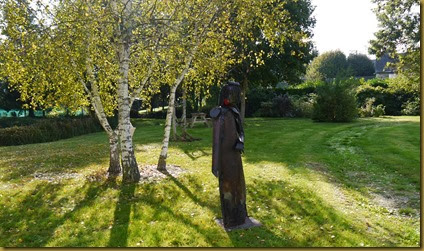 On the Sunday I took my new camera to the annual event at Le Petit-Pressigny called “L’Art et Lard” - a festival of art and food. 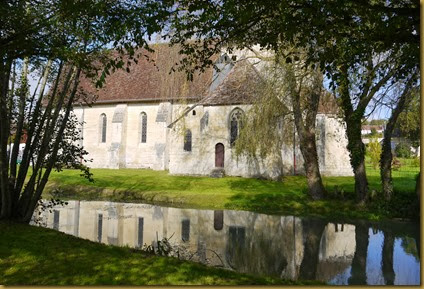 The weather was glorious and we were there at the right time of day to catch shadows and reflections just right.  It was a fluke.  With my old camera I just snapped away obliviously but now I seem to be taking more notice of what is the right angle to take a picture from, or where the light is best. 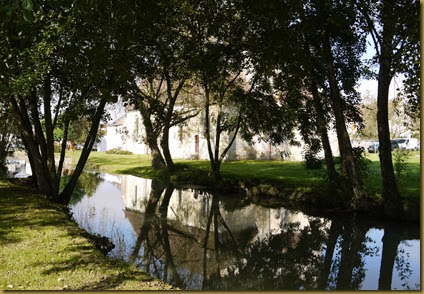 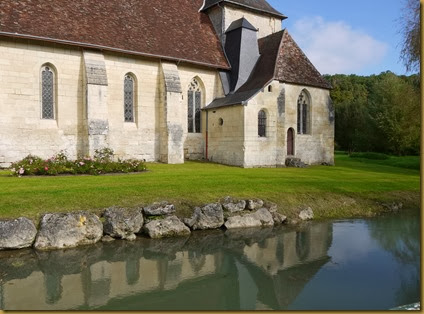 How different it was from last year, when the river rose almost before our eyes as it rained heavily on and off.  In fact our two weeks in France last year were almost a complete washout.  This year the weather co-operated beautifully. 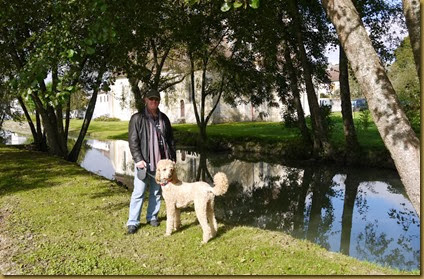 Lulu always enjoys L’Art et Lard.  It usually means a nice walk and lots of fuss from French people who have never seen a standard poodle before.  They will probably never see another one, unless it’s Lulu again !! 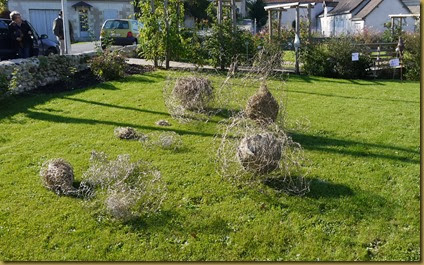