Last month I took my new camera to a château that we had been intending to visit for several years, Candé, which is in the village of Monts, near Montbazan, just south of Tours. 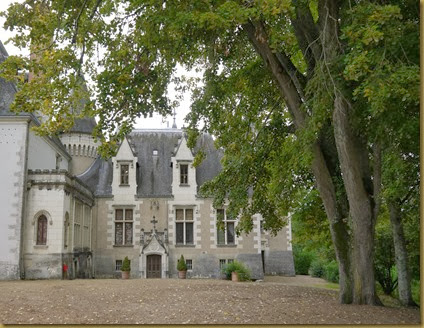 It was a dismal day, cool, grey and with intermittent showers.  Between the showers it drizzled most of the time we were there, which is not the best weather for the first visit of my new camera to a château. 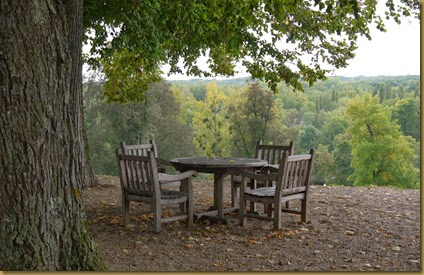 But in some ways it added to the atmosphere of the place.  In trying to decided how I felt about it and looking at the photos afterwards, I did feel as though we had just missed a good wedding. 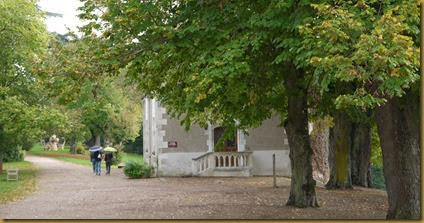 Taking these pictures in autumn, a few weeks and 76 years after the first famous royal wedding, it did feel as though it had only just happened, as if we had turned up slightly too late, as Edward and Mrs Simpson had packed their bags and swept out of the château the month before. 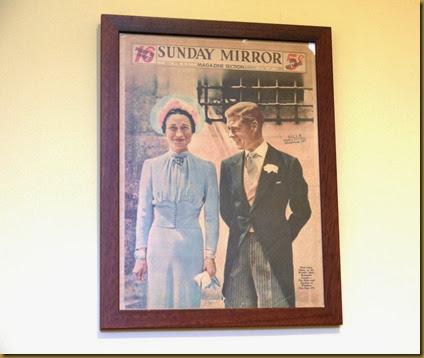 You can read about the château and its history in Wikipedia here, but without a doubt it is the wedding of Prince Edward to Wallis Simpson that dominates the place and, presumably, sells it to the visitors. 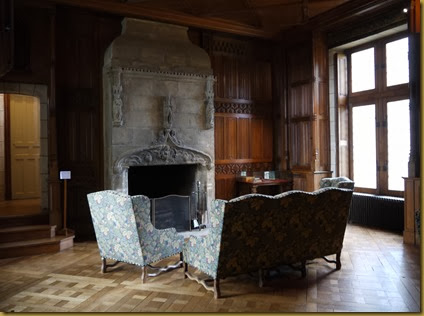 Realistically, their wedding was the reason that I always wanted to visit.  It is a beautiful château, without a doubt, but there are so many beautiful châteaux in the Loire that they all have to have something different to make you want to go.  I’m sure there have been scores of weddings at Candé in centuries gone by, but this was the first ever to have the photos, taken by Cecil Beaton, in every popular newspaper and magazine soon afterwards. 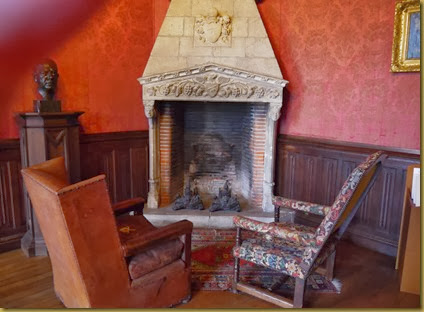 I do enjoy glimpses into the lives of people of previous centuries, I know it’s just sheer nosiness but I love to imagine people sitting side by side in front of a cosy fire, enjoying a cup of tea and a scone, or maybe a gin and tonic, chatting.  How likely is it that that the royal couple sat just here?  Probably not very likely, but it hardly matters. 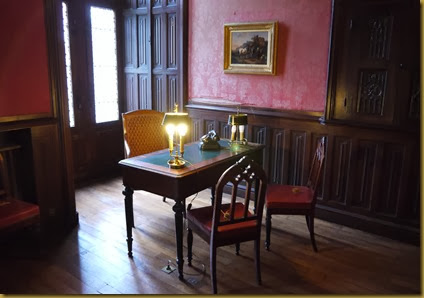 Photographs were permitted indoors without a flash so I just set my new camera to intelligent auto and let it get on with it.  It was certainly a very photogenic interior and it had a homely feel to it.  Grand but no means intimidating.  I couldn’t imagine anything horrid happening here, unlike some châteaux, where you feel instantly the evil that has taken place the moment you walk through the door. 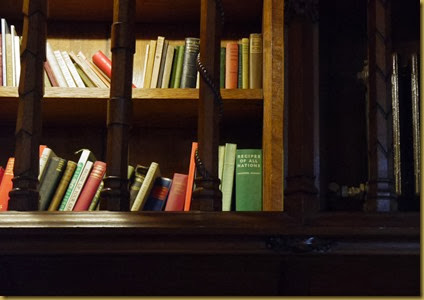