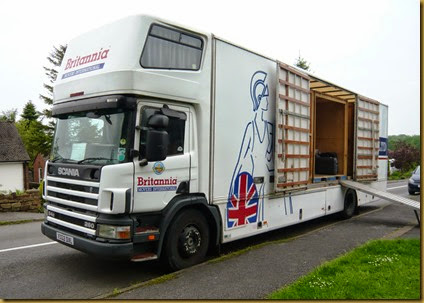 Thirteen weeks after we accepted the offer on the house we have at last exchanged contracts and we’re on the move.  It has, as it was always bound to, turned into a mad scramble at the end. 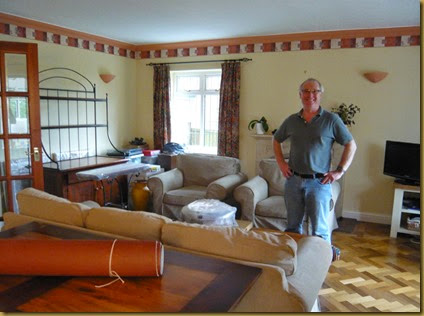 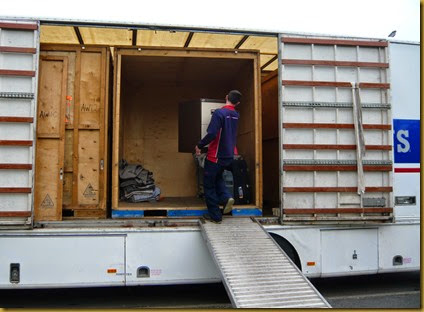 So on Saturday they took away all the furniture and other stuff destined for our new home in France, wherever that might be.  Goodness only knows when we will see it all again!

I was fascinated by how they did it.  The huge removal van had inside it several large crates.  Doors in the side of the van were opened to access each crate and the men loaded things in so that every space was filled.   Each item was carefully noted on an inventory and the door to that crate was then closed. 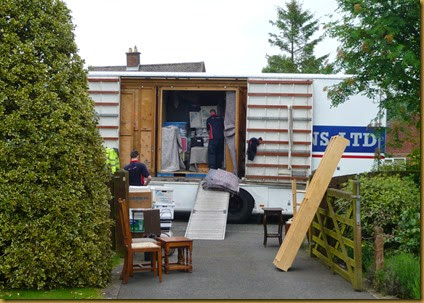 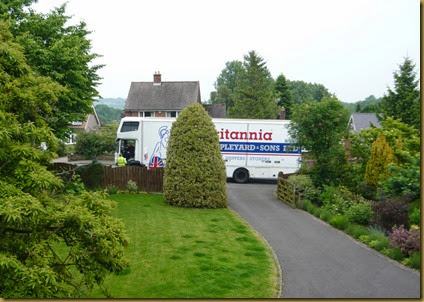 With everything carefully loaded the van headed off back to the warehouse where the crates would be removed by a fork lift truck and stored.

We now have to finish boxing up the rest of our belongings before next Saturday when that will be removed in a similar way. Loading it up should be a quicker job as we have no furniture left except the beds and garden chairs!

We then have Sunday June 8th to clean up the house ready for its new owners and on June 9th we get the keys to our new house, which is all of four miles away. 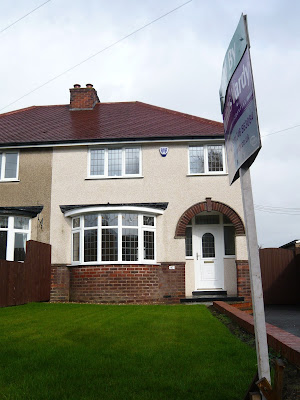 We're downsizing to this one.  It's cute but small!  Perfect for short stays back in the UK.

So that’s it!  Contracts are signed and exchanged.  Most of our furniture and belongings are in a warehouse somewhere in Yorkshire and in under a week we will be living in a house less than half the size of the old one.

The first leg of our grand plan (to downsize here and upsize in France) is at last under way.  There’s no going back now and finally we can get on with the rest of our lives.  It might only be thirteen weeks since we accepted the offer on our house, but the idea has been in our heads for years.