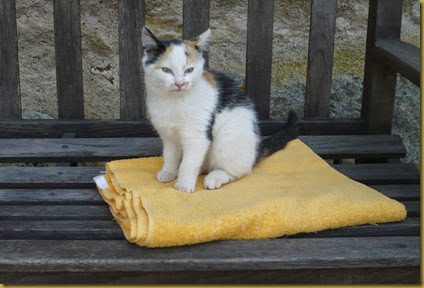 So we are in our new house!  Time for me to check in say how we are getting on!
Having signed the compromis on 1st September we then did a flying visit back to the UK to take delivery of some new appliances there, which you can read about here.  Our visit was cut short when we found out that the completion on the French house was to be on 15th September – and we had barely started packing yet! 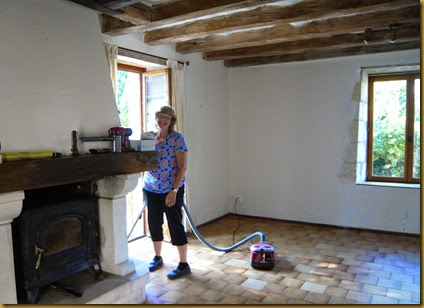 We rushed back to France on the 12th, hired a huge van on the 13th and, with a great deal of help from our friends, managed to be out of our little house and moved into our new one on time, leaving the old one nice and clean, too. Phew!
We are not exactly settled in yet, but things are moving on.   After less than three weeks in residence we have got our internet supply up and running, had satellite dishes and a new TV installed – luxury!  The plumber has got the central heating boiler and radiators going (after a bit of a struggle) and, again with the help of friends and their huge trailer, we have done several visits to the tip.  We have grappled with old appliances, given up and bought new ones.  Alex and Nicole have done a great job in starting to clear out many of the overgrown trees and shrubs on the boundary.
A lengthy visit from a very nice man with a ponytail, shorts and sturdy boots resulted in a devis (estimate) for a new fosse (septic tank) and hope that work for that will begin in December – the one big and expensive job we knew we needed to get organised as soon as possible. 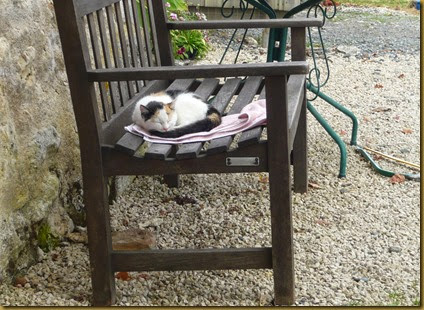 We have also acquired a new member of the family – Daisy the kitten.  She’s just three months old and has joined us to deal with the large number of mice – the inevitable result of living very much in the country.  She and Lulu get on extremely well – much more about that later.
Next week is going to be chaotic. On Monday and Tuesday the electrician will be here to change our supply unit for a modern one, fit some more sockets in the kitchen and alter the switching arrangement of some of the lights.  At the same time the plumber will also be here to sweep the chimney, repair the flushing mechanism in the downstairs loo and make some alterations to the pipework under the sink to enable us to have a new tap.  Then our furniture arrives on Wednesday back from storage in the UK.  Somehow between now and then we need to make room for it all!
We have been so lucky with the weather, which has been unusually warm for the time of year and in between all the work we have managed to find some time to enjoy it properly – more about that later, too.
There will be plenty more to report as soon as I get a minute to upload the photos and write the post……in the meantime……