A WEEK OF SPORT

Last week was a week full of distractions of a sporting nature, starting with the Tour de France and ending with the Wimbledon final, The Grand Prix and the football.  I’m not passionate about any sport these days although in the past I had my moments, but the proximity of the Tour de France route got us all excited and we thought “why not?”.  So off we set to the lovely old town of St Savin with sun cream and picnic, arriving in good time to get a good spot.

Of course, it’s really all about the advertising.  The caravanne takes hours to pass through, followed much later by the leaders then the peloton, which goes by in seconds.  If you blink or look the wrong way you miss it. 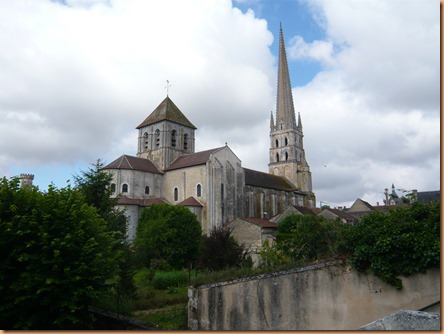 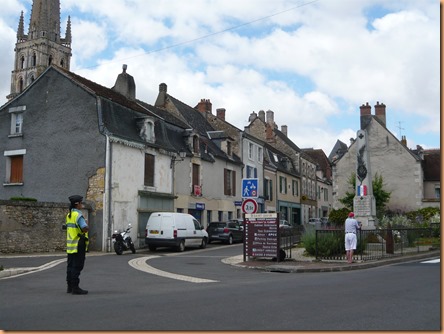 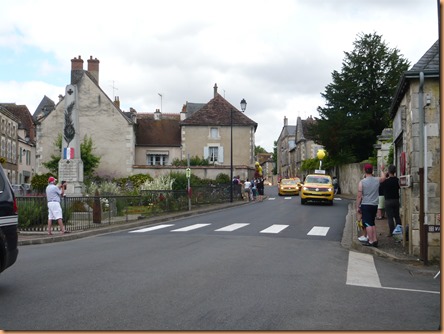 Nick found us a good spot to sit and watch, with a clear view of the road, opposite the old abbey.  I couldn’t help pondering the difference between France and the UK when I noticed that the very young female police officer, her motorcycle parked nearby, was carrying a very businesslike firearm.  You would be highly unlikely (probably unlucky too) to ever see a policeman with a firearm in the UK. 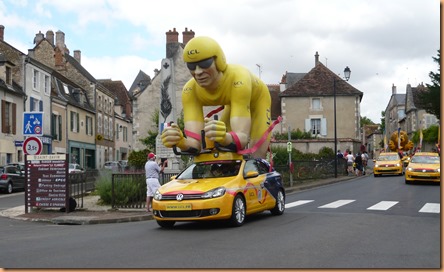 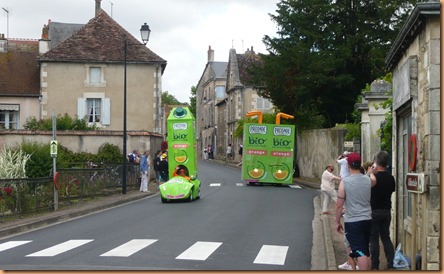 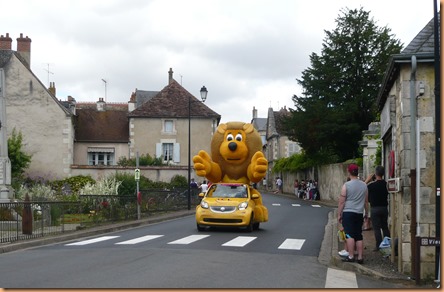 The caravanne started to arrive and it was worth the wait.  What fun these people must have, dressing up and fooling around through France for several weeks, seeing smiles on people’s faces as they go by. 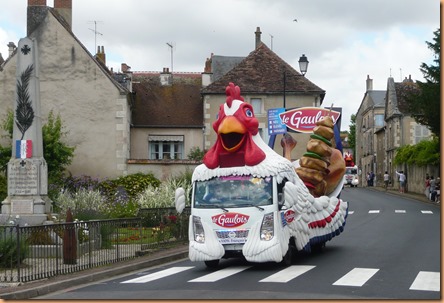 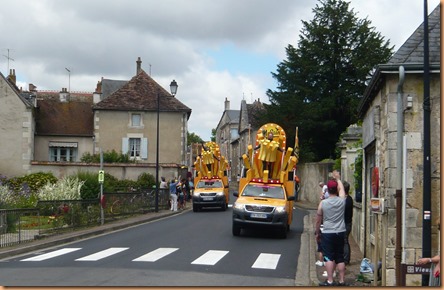 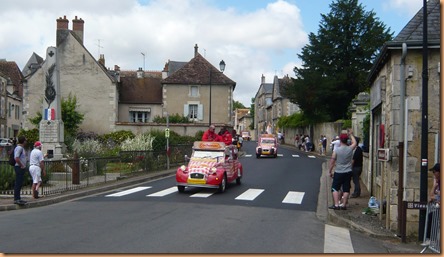 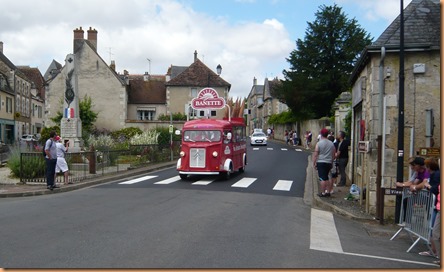 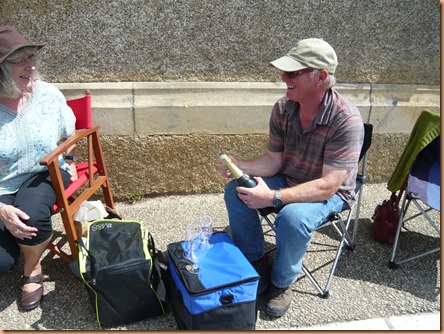 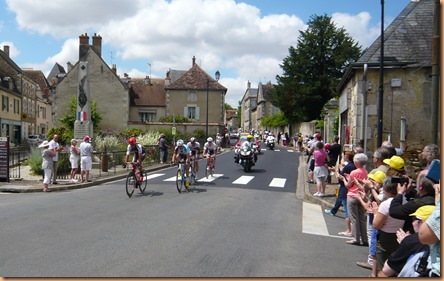 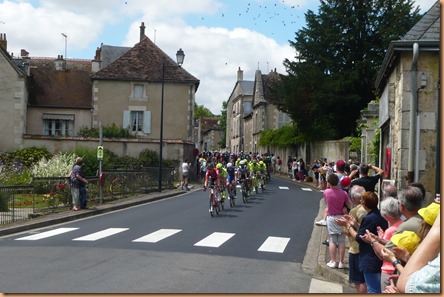 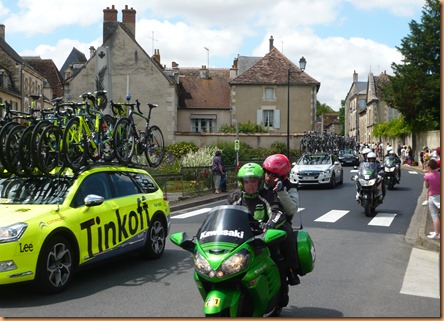 After the entertainment of the caravanne, it was time for lunch, picnic pies, fruit muffins, ham sarnies and a bottle of fizz.  After what seemed like forever, suddenly it all happened.  The leaders passed by in a flash, followed by the rest of the cyclists.  Whoosh, gone.  Followed by hundreds of spare bicycles.  And that was that.  Time to pack up and go home, after a great day out in the sunshine. 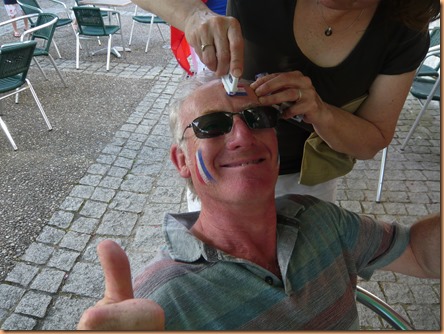 At the weekend, having watched Hamilton win the Grand Prix and Andy Murray take the Wimbledon trophy, we wandered down to the village for a beer at the PreHisto to find excitement mounting for the evening’s football.  Nick fell victim to the enthusiastic face painting going on but after a while we headed home for dinner and to watch the match in comfort on our own sofa. 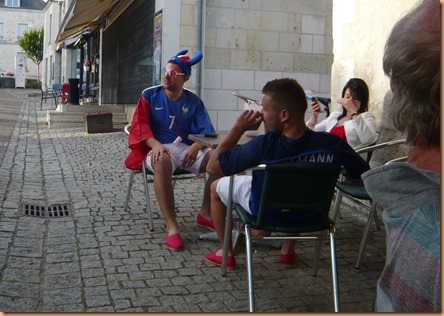 What a damp squib that was.  There’s nothing more boring than a football match where nobody scores.  I don’t get it.  How can people become millionaires for kicking a ball around and not getting goals?  After the first half I went off to finish the ironing, much more worthwhile!

more of the same Differences, Events