WISHING I WAS IN FRANCE 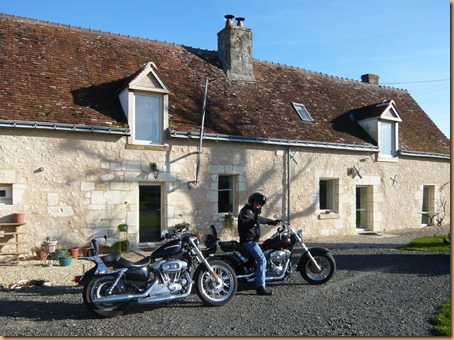 We had thought originally that once we came back to the UK for Christmas, we might well stay until the end of February, or the middle of the month at the earliest, returning to France once Spring was just around the corner and we could see the end of winter.  Both of us would really like to up sticks and set off back to France but we really have to stay until Nick has finished his rehabilitation course at the hospital. 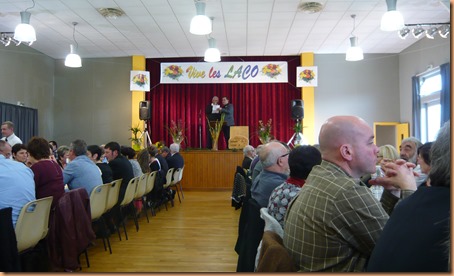 Feeling stuck and that we have no choice is unsettling.  I thought I would console myself with looking through old photos, possibly having a bit of a tidy up of my huge photo files.  In the years when we had the little holiday house in the village this would cheer me up no end, remind me of how lucky we were and give me something positive to look forward to. 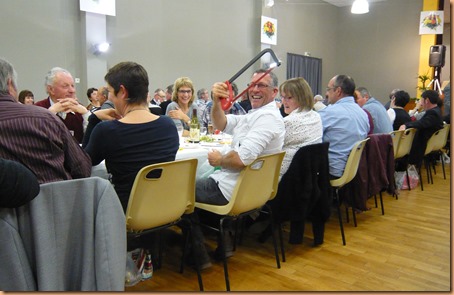 Without a doubt I now feel that France is where we live and that the UK is where we run to when there is a problem to deal with, family illness and for the occasional holiday. 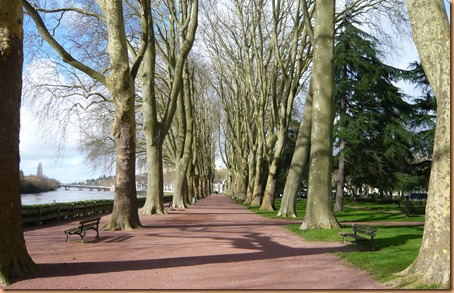 Living in two countries is a very strange business.  Once we are back in the UK we soon settle back into the old routines, battling with the manic traffic, turning a blind eye to the litter, turning a deaf ear to the noise, not noticing the loudness of people and the crowds.  The differences between the two countries seem so startling when we first arrive at either home but we soon slip into the two ways of life. 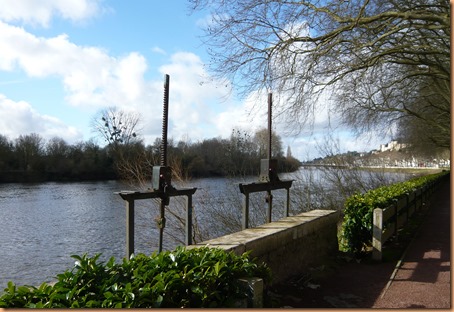 All these photos were taken in the last week of January and first of February last year.  What a great time we had.  The bright but cold winter weather was wonderful, the crazy lunch in the village hall was huge fun and we enjoyed ourselves.  Here in the UK we are just……….waiting. 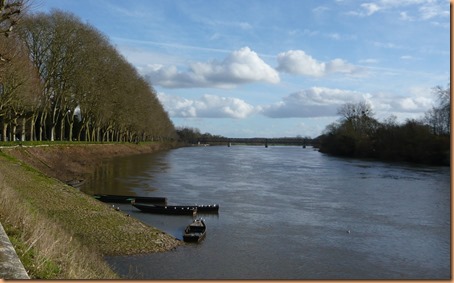 We never tire of one of our favourite towns, Chinon.  On a cold winter’s day last year it was beautiful, as always, possibly even more beautiful than when there are crowds of tourist.  There were really only locals out and about on the Sunday that we took these photos. 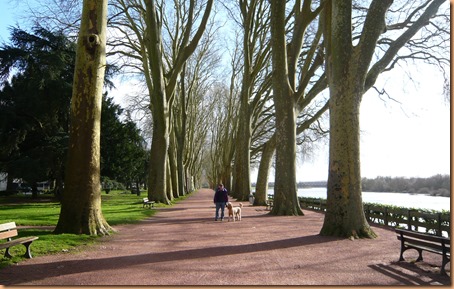 One of the most difficult things about looking back through my photos is that it reminds me of losing Lulu and how much we miss her.  We took hundreds of photos of her every year and it’s impossible to avoid them. 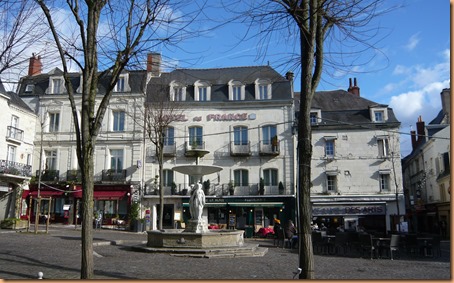 Getting used to visiting our old haunts without her is very hard.  We are no closer to taking a decision on whether we will have another dog if ever. 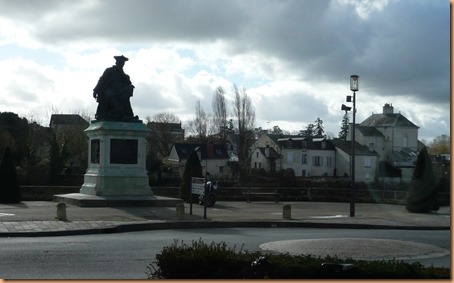 We have taken many pictures of the statue of the famous monk, Rabelais, over the years, in hot sunshine, pouring rain, all weathers, all months of the year.  What would he have have done in our situation?

Poor Lulu.  Looking back at photos of her I try to look for any sign of when she first became ill.  There were clues, in her eating and drinking habits I think, but we really had no idea of what was looming.  I would never want another dog to go through what she suffered, nor indeed us. 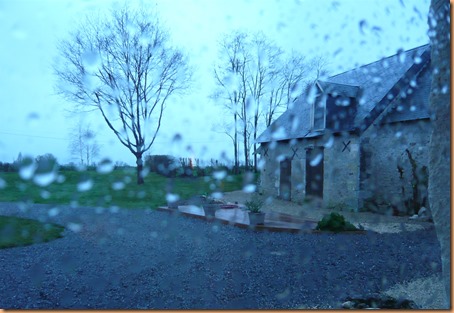 In the series of photos in this file the weather suddenly changed.  The bright sunny weather ended and the rain came, followed by terrible flooding.  I wouldn’t want to see that again either.  But I still would rather be there than here, whatever the weather.