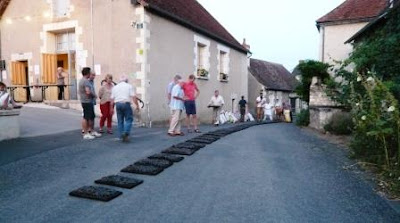 We have been to many outdoor summer events in France but in terms of the unusual this one is at the top of the list.  It seems that many years ago, some residents of the village of Boussay witnessed this kind of annual event taking place in the south of France, brought the idea back home and decided to hold something similar.  The popularity has grown with each year and we were very privileged to be invited to it last August. 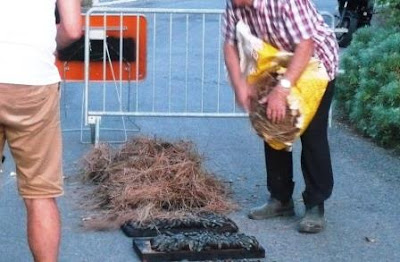 Moules (mussels) are fixed to large boards by the villagers, laid out along the street and then cooked by setting fire to them.  The moules have to be placed endways in order for them to cook properly.  Then they are covered with dry pine needles. 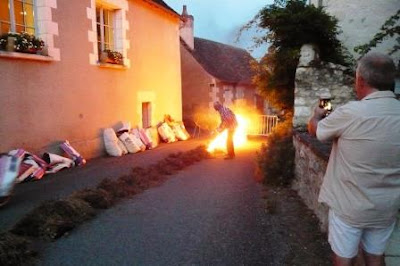 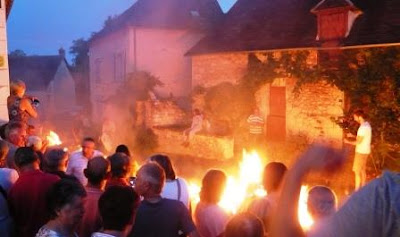 They are set alight and allowed to burn for long enough for the moules to be cooked.  It's quite a spectacle. 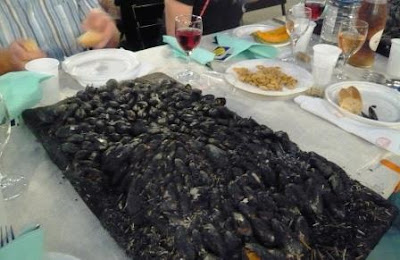 The boards of the cooked moules are placed on the tables so that they can be shared.  The portions are generous and it only dawned on me after a while that they were actually a starter, not a main course!  After that there was steak and chips, a cheese course and a dessert.
The moules would not be everybody's cup of tea.  They are more well cooked than you might get as say moules marinières and the shells crumble into ash when you pick them up.  This inevitably results in very black fingers and the eating of a certain amount of ash. 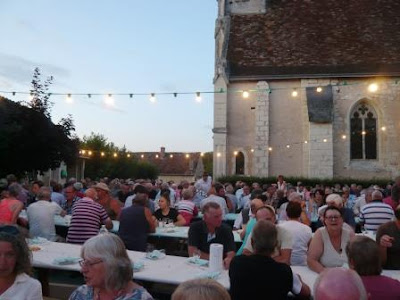 There was a huge crowd of people.  Goodness knows how long it took the villagers to fix the thousands of moules to the boards but they deserve a medal for it.  As well as the food there was a raffle which seemed to go on all night.  Each person had a raffle ticket and there was a prize for everyone.
It was one of those evenings when I had no idea what to expect and it was, in many ways, typical of life in rural France in summer.  I'm not sure we would rush to do it again for the food, but in terms of the richness of our life in France it was pretty special.

more of the same Events, Food