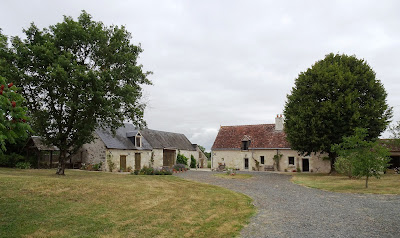 We have now been chez nous for over a week.  That time has flown by so quickly, where did it go?

Getting here was straightforward enough.  We had the car packed and were ready to leave by 7pm.
Earlier in the day I had looked at the Eurotunnel website and discovered that there were spaces for tall vehicles (car plus top box) on the 3am crossing.  We were booked on the 5.20am with a four hour drive to get there.  Unfortunately the only way to change our booking was by phone and the line was permanently engaged until 5pm when it changed to an answerphone message to say the office was closed.
We considered risking it, setting off straight away, and getting there in time to be put on that 3am train but the thought of being turned down and having to wait two hours in the car park put us off.  Not to mention the £150 excess they said they were charging for passengers arriving way too early!
This is because when the tunnel is busy the car park fills up quickly and there is nowhere to put extra cars.  A lot of people do this routinely, arriving early purely in the hope that they will get an earlier train, regardless of what time they have booked.  This is fine when the tunnel is quiet but clogs up the car park when it's very busy and the trains are full.  The extra charge was an attempt to deter people from chancing it.
Which is unfortunate for people like us who always have to set off from home several hours early to allow enough extra journey time to make sure we are still in with a chance of catching our train if there are road works, crashes and other hold ups on the motorways.  If there are none and the drive is easy we arrive early and frequently get put on an earlier train if there are spaces available. 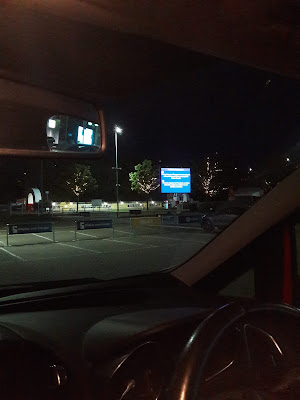 Instead we went to bed for a few hours, setting the alarm for 11pm.  The traffic on the motorway seemed more or less normal, mostly lorries with a smattering of cars.  There were several sets of road closures and diversions for road works but nothing too major and we arrived just right for use of the loos before boarding the train.  It was all well organised and we felt safe and happy with things so far.  When we checked in there seemed to be very few other cars around but they soon came streaming in.  Even at that early hour in the morning, the train was full.

The journey down through France was a breeze, just like it usually is.  Hugo and Daisy travelled well, Daisy having given up her operatic rendition once we got to France.  Our theory is that she gets distressed by road noise in the UK, some surfaces making a lot of tyre noise.  As soon as we got to France she settled down and we didn't hear a peep out of her (or an aria) until we arrived at home. 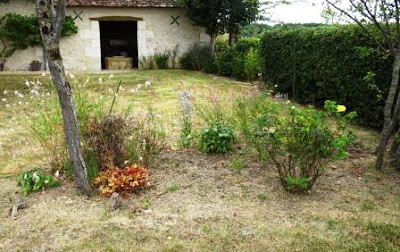 What a joy it is to be back.  Our gardening friends have done a fantastic job of keeping the grass and hedges cut, something that would have otherwise taken us a whole week to tackle ourselves.  As predicted there is very little colour in the garden.  Most of our flowering plants are either dead or gone over by now which is rather sad.  It's interesting to see what has survived well with a minimum of watering and TLC - a few dahlias in the area that gets some shade and the climbing roses.  Also a few spindly flowering sage and straggly geraniums in pots from last year, stored in the barn over the winter. 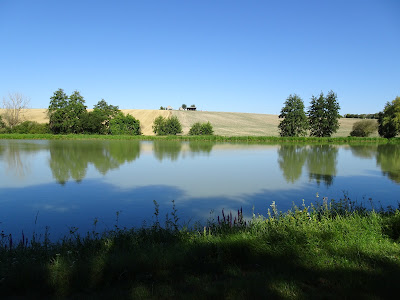 Our friends had also hoovered up dead flies and cobwebs inside the house, which was a great help.  There is still plenty of cleaning to do.  I remember taking the decision not to clean too thoroughly before we left at the end of November last year, thinking I might as well leave it and do a full spring clean when we got back.  That's something I now regret as arriving to a house that needs a good clean and been left for the critters to inhabit undisturbed for an extra four months is somewhat depressing to deal with.  Especially in the heat of July and August.  I was overjoyed to find that the oven was beautifully clean - I had forgotten that I'd done it last autumn but how pleased I am about that! 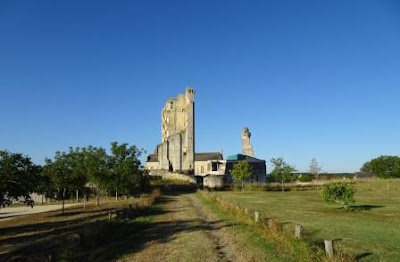 If we were going to spend most of the summer in the UK we wouldn't have chosen to do it when everything was closed.  Equally we wouldn't normally have chosen to arrive in France during the hottest months either but we're here now and so glad we are.  Rumblings from the UK about a second wave, second lockdown and so on are somewhat alarming but we're taking each day as it comes and enjoying every moment.  We plan to stay for several weeks but the government might have other ideas about that.

more of the same Travel