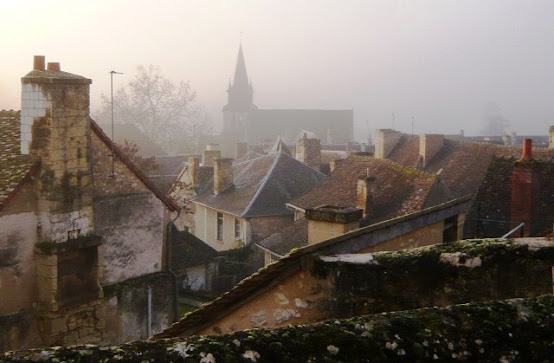 It's the last day of January as I write this post.

I have had no fondness for the month of January for most of my adult life but don't ever remember dreading it as a child.  My journey to school involved two short bus rides, changing buses at Cromford both going and coming back.  I remember occasionally having to walk the two miles home from Cromford if the connecting bus had given up in the snow.  What an adventure that was, trudging through the snow and walking into the house frozen stiff in our duffle jackets over school blazers, feet soaked through.  If Mum was ever worried I never knew, life was tough for all of us in the 1960's.  The best part was drinking steaming bowls of Heinz vegetable soup in front of the coal fire as we thawed out.

I do remember some really bad winters in Derbyshire.  Snow up to my knees against the back door (my knees were nearer to the ground then of course, but even so) and having to dig our way out of the house to get coal in from the coal house.  But of course good snow meant sledging!!  All the kids in the village headed on mostly home made sledges for a field which was called "Dick Riddings".  It wasn't until much, much later in life that I even questioned that a field should have the name of a person.  One day I might find out who Dick Riddings was!

Tomorrow it will be February and I'm not too fond of that either.  What a shame that we write off two months of the year every year, wishing our lives away.  Still, February is only twenty eight days long this year and it will therefore soon be March and that's Spring in my book.

We spent a couple of winters in our house in France and whilst they were a lot of work - keeping two log fires going to keep the house warm - and rather dull - nothing much happens in rural France in February, I don't remember them being particularly hard.