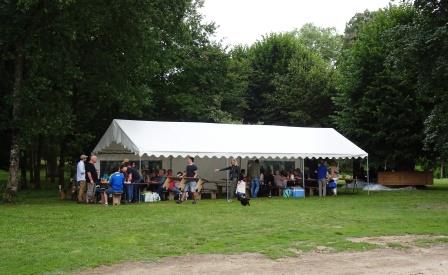 Well it turned out that we needn't have worried about our booking for the picnic.  Just as I thought, my email had been received and we were booked.  However, it was raining steadily as we drove there and I was thinking that this is not ideal weather for a picnic!  Such a shame, I thought.  But once again, I need not have worried.  The proprietors had put several picnic tables under a huge marquee and even though it rained on and off all the way through we were able to enjoy our lunch and not get even slightly damp. 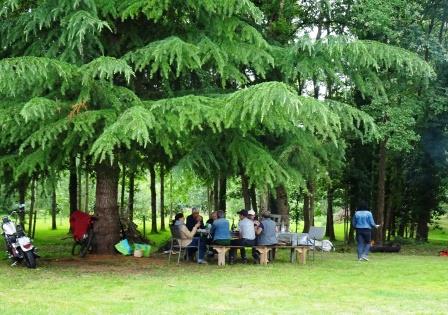 Latecomers were seated at extra tables under the trees where they too remained nice and dry to enjoy their picnic. 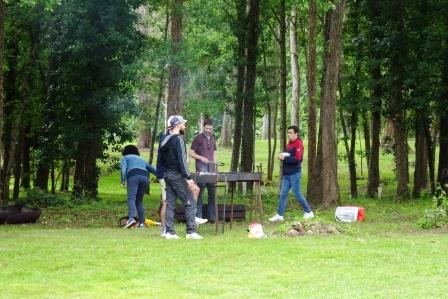 We took quiches, cold meats and salads but the barbecue was well used by other diners. 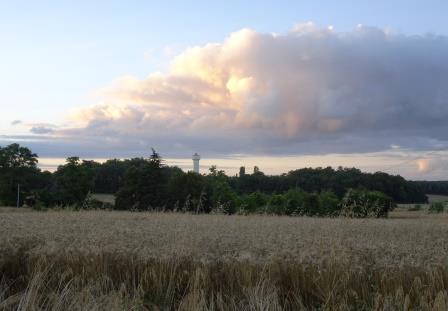 The weather has been very iffy since we arrived.  It was apparently also a little too "English" for most of June and so far has continued in the same cool and showery vein in July.  That's a shame for those who enjoy the heat of summer but I confess that it's been perfect for us.  We knew there would be a lot of remedial work to do in the house and garden after so long away and, much as we were desperate to get here, had not been looking forward to tackling the jobs in the blistering heat we often get in July. 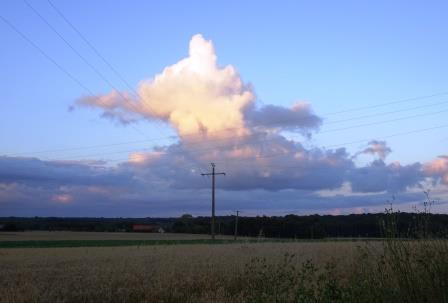 The unusual weather has produced some lovely skies, clouds and sunsets. 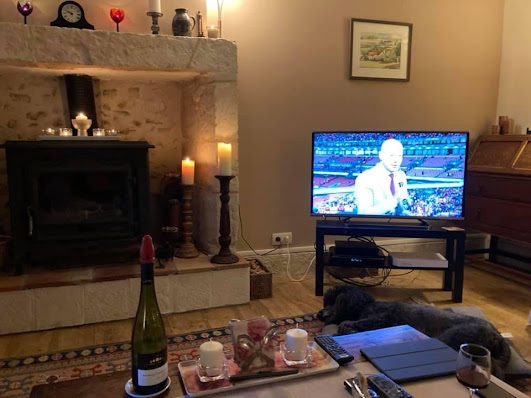 Another unusual thing is that we made a positive decision to watch the football match - the Euro 2020 final between England and Italy.  It must be fifty years since I watched footy on the telly, having no interest in the game whatsoever, but as it seemed to be a big deal we thought we might as well. Afterwards I wished we hadn't.
It’s a shame that having got so far the England team lost on a penalty shootout but my main emotion afterwards was one of actual shame.  The England team had done us, the nation, proud, but as for the English "fans" who broke down barriers to get into the stadium without tickets, those who booed the Italian National Anthem, booed and intimidated black players, shone laser pens into the faces of Italian players and, afterwards, posted vile racist comments on social media, made me feel ashamed to be British.  Not for the first time in recent years.  How did we come to this?  I looked at the crestfallen faces of our two future kings and queen, who were watching from their stand, and wondered what on earth they thought of the mob in front of them.  Were their thoughts just sad for the home side beaten by the curse of the penalty shootout, or for the shameful behaviour of so many of their future subjects?