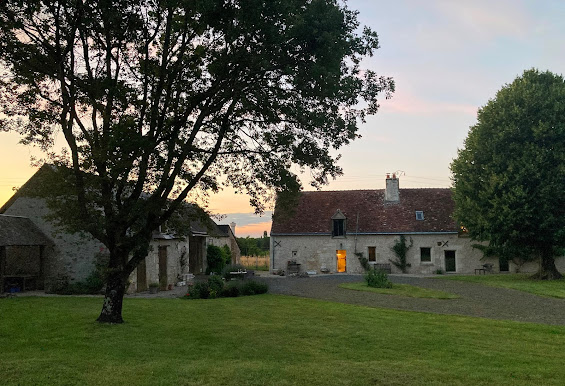 On this day last week we were on the road, on our way south through France, although having already been in a huge traffic jam on the M1.  A one-hour delay in a twelve mile queue in Bedfordshire resulting from an accident occurring earlier in the day.
Our last minute plans were not without drama.  Having decided to "make a run for it" and move our journey forwards by a whole week, the vet that was going to charge £65 for the AHC couldn't guarantee to get it ready in time.  So we threw caution to the wind and returned to our old vet who charges £158 for exactly the same thing.  There we had a full one-hour appointment and came away with the document, all ten pointless pages of it, fully completed, stamped with the practice's official stamp and signed by the vet multiple times on every page.
Which should have been fine, but it almost wasn't.  I decided to read through the document, not that I knew what I was looking for, and spotted a blank space where it looked like there should be something written in.  So Nick took it back to the vet who apologised and filled in the missing detail.  A mistake that could have cost us our crossing.
The next day we attended Boots the Chemist in Derby for our Covid tests.  These had also been rearranged and for some totally inexplicable reason, Nick's order had gone through correctly but mine hadn't.  So there we were in Boots, me almost in tears, Nick all tested and me wrestling with a pharmacy counter assistant who was clearly clueless about what to do about it.  She didn't seem to be bothered either.  A queue of other attendees was forming behind us and eventually, one very anxious hour and the intervention of the store manager later, I also got my test.  One hour after that the negative result appeared in our emails.  Relief is barely the word to describe how we felt as we went home to finish loading the car, the roof box and trailer.
The next day we left home at 5.30 am knowing that one or two-hour hold-ups on Britain's busy motorways are commonplace and allowing 6 hours for what should normally be a four-hour journey.  After only one major delay we arrived at Eurotunnel and for once everything went smoothly, largely due to us having done the homework and got all our paperwork in order.
At the initial check-in we were asked about pets on board, given a pet hanger (a boarding pass that hangs on the windscreen mirror so that staff can see your travel details) and directed to the pet check-in area.  There, Daisy was checked in on her French passport and Hugo on his AHC.  It took the young woman on the desk about five seconds to scan the £158 worth of his certificate.  She then booked us onto the first available train, gave us another hanger and directed us to go straight through to customs.
At the UK border we were asked for passports and the Eurotunnel health declaration form.  Then we queued up at the French border control about one hundred yards further on.  This has always existed but in previous years there was either nobody on duty or we were waived straight through.  This time, our passports, Covid test and vaccination certificates were all checked, our passports stamped and we were on our way.  Not a single person showed any interest in the contents of our car, roof box or trailer and I seriously regretted throwing the last of our ham sandwiches in the bin on the UK side of customs!
We were on a train one hour earlier than our booking and arrived in France early afternoon.  We got to our house in France at 8.30pm.  It had been a very long day after a few very stressful weeks but the minute we opened the front door - it felt like we had never been away.
Well, almost............

more of the same Brexit, Daisy, Hugo, Life in the UK, Travel