Having spent many years touring and exploring France we had arrived at the conclusion that we would like a holiday home there. We had two weeks to find one and were looking in the area around Chinon in the Loire Valley.  After two days of house-hunting, we were fed up already.
-------------------------------- 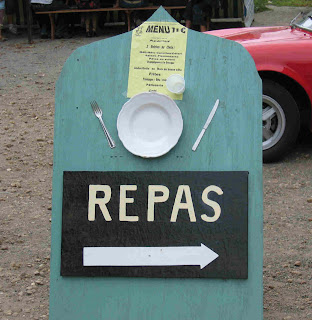 On Wednesday of the first week we had arranged to have the day off. The previous two days had been a frustrating waste of time and this house hunting lark was turning out to be very hard work.

In the morning we drove into Le Grand Pressigny to go to the boulangerie for our bread and croissants and found the place buzzing with activity. There was a sort of auto-jumble taking place down by the station so after breakfast we went to have a look. 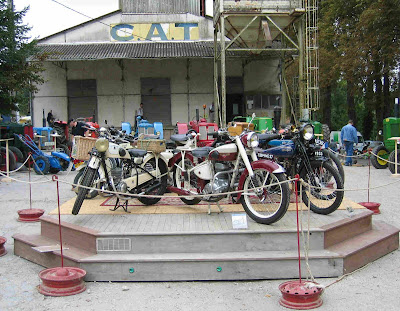 It was great fun. Lots of old cars, motorcycles and tractors on display and some for sale (runners and non-runners). There were food stalls and meals being served in the station building. In fact it was carnival time. We recognised our gite owner, M. Duport and he was very friendly and seemed pleased we had made the effort to turn up. We wouldn't have missed it for anything ! 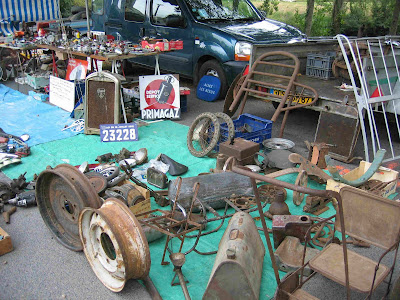 There was lots of old junk for sale, but some good stuff too. We didn't buy anything but had a great time looking. Apparently there was some sort of old vehicle society in the village and this is one of the events they do every year. 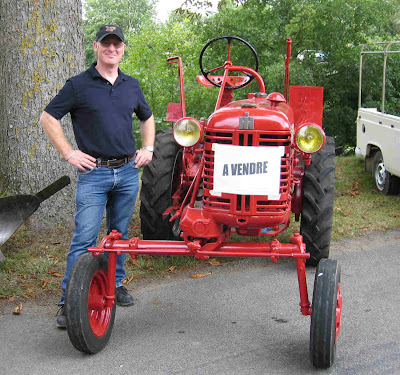 We then wandered back up to the village and had a proper look around. It suddenly occurred to us that this is the sort of village we would like to live in. It had shops, bars, facilities, events and a market every Thursday. If we could just persuade the estate agents to show us little houses in places like this, we would be quite happy. They only seemed to show us huge renovation projects miles from anywhere. 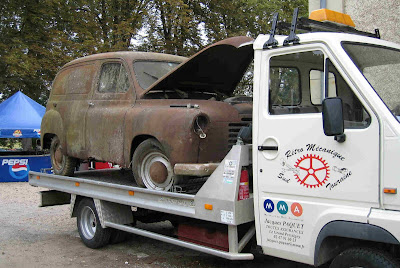 A different sort of renovation project

In the afternoon we went a little further afield and looked at some other villages nearby, including La Guerche. That seemed like a nice little place too. 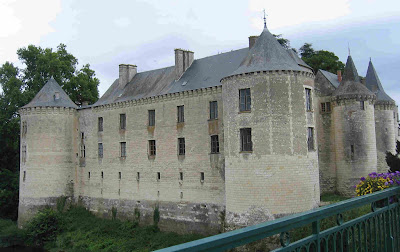 The chateau at La Guerche

Later that evening, we sat in the sunshine outside the PreHisto bar, watching the world go by. There were lots of people going about their business, having fun, greeting friends. This was just what we wanted from a village.

The next day, Thursday, we had an early rendezvous with another estate agent in Chinon and on Friday with one in Dange St Romain. We had high hopes of both of those. As we were talking, wondering what the next two days would bring, I said to Nick, "actually, I quite like it here".