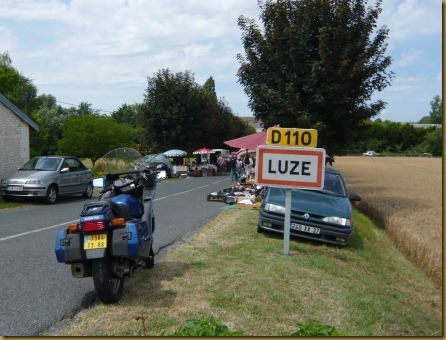 Last July we went to an event at Luzé, a village just south of Verneuil-le Château. 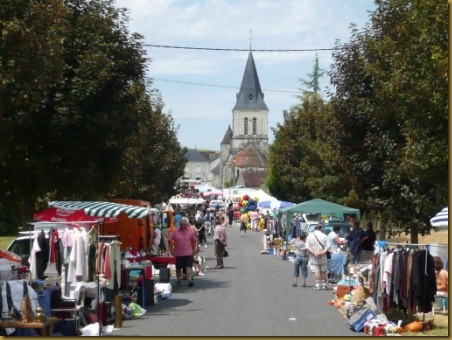 We weren’t quite sure what to expect – some sort of autojumble or car rally. When we got there we found that it was a combination of vide-grenier, old car and motorcycle rally, bikers bash, autojumble, 1940’s event and country and western show. 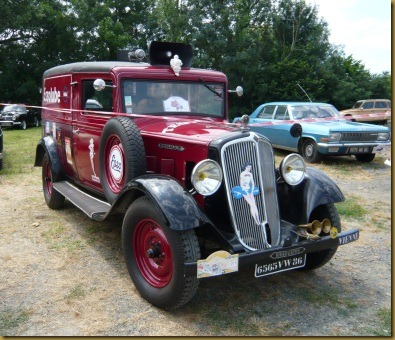 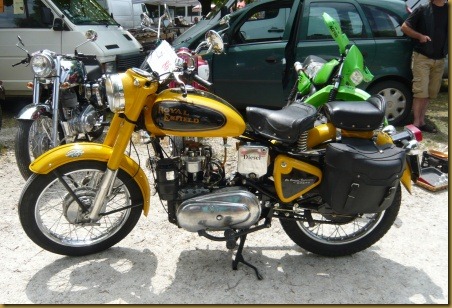 There were dozens of lovely old cars and motorcycles on display, including this Royal Enfield, which apparently runs on diesel. I didn’t know you could get diesel motorcycles. 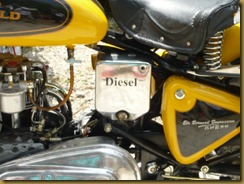 There was all the usual stuff for sale, plus a few surprises, including a stash of the “tiger tails” used by Esso to advertise their petrol in the 1970’s. 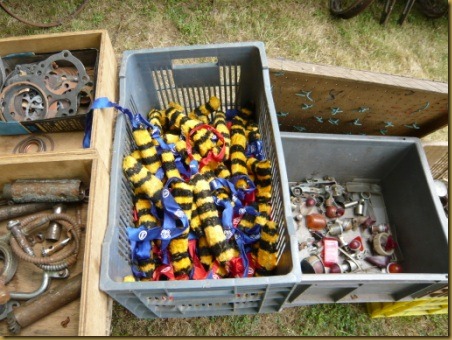 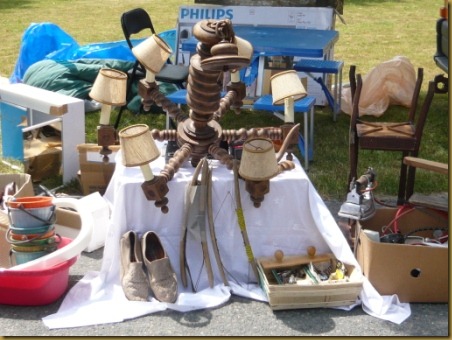 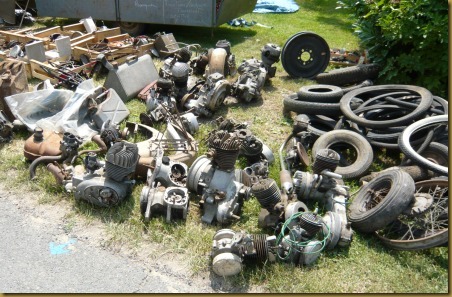 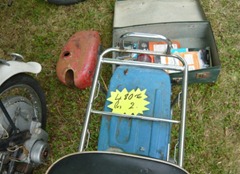 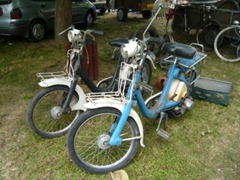 These two mopeds looked like a bargain - 480€ the pair – if you fancied a double restoration job. 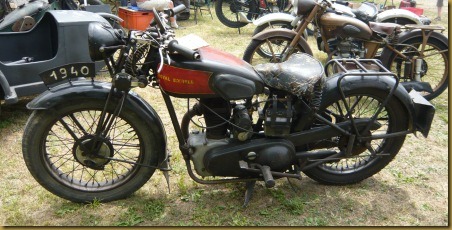 All in all we had a great day out. The sun shone, there were hundreds of people in great spirits having a whale of a time, the frites were tasty and, believe it or not, it was free.

It didn’t cost anything at all to park the car and there was no entrance fee. We didn’t have to fight our way through horrendous Sunday traffic to get there. There was no unpleasant behaviour to be seen and all the youngsters we came across were enjoying themselves without offending anybody.

So different from here in the UK, where we would have arrived with our nerves jangling because of the traffic and would more than likely have had to shell out a hefty parking fee and at least a fiver each to get in. At Luzé all we paid for was our little cone of frites.