A RENAULT WITH A CAKE ON TOP 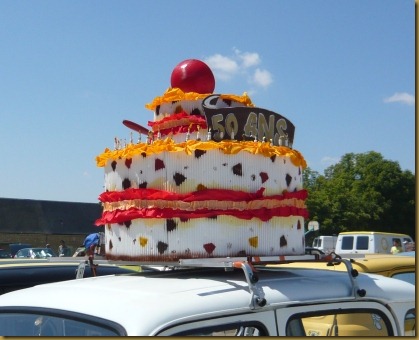 On 14th July we went to a birthday party.

It was a meeting of Renault 4’s and other old vehicles in the little town of Scorbé-Clairvaux, which is a few kilometres west of Chatellerault.

We arrived fairly early and there was not much happening so we had a wander round the brocante that was also taking place.  There seems to be a brocante at most events, whatever they are. 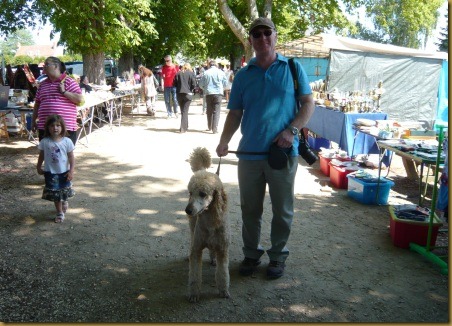 Lulu enjoyed all the attention from lots of people who had obviously never seen a standard poodle before and she made several new friends. 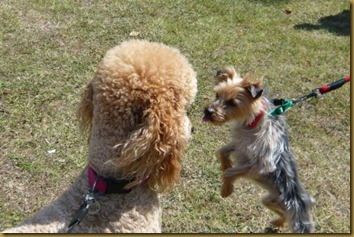 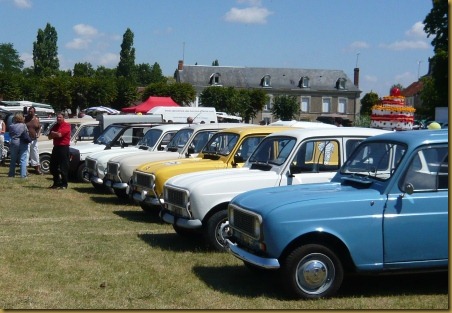 The Renaults were all out on a ride – a parade through the countryside – and pretty soon they all started to arrive and line up to be admired.  I was especially impressed with the one with the birthday cake on top !! 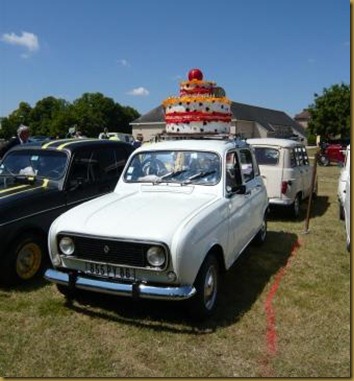 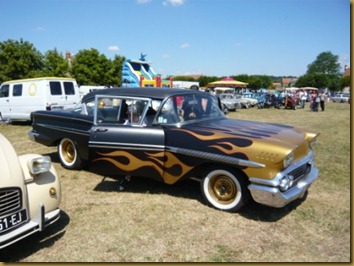 There were lots of other old cars in the parade, all twinkling in the beautiful sunshine.

I thought the flame job on this one was superb. 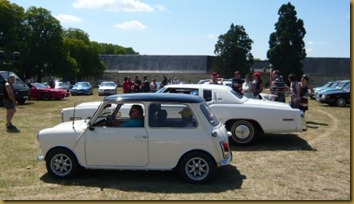 This seemed to be the “sublime to the ridiculous”. 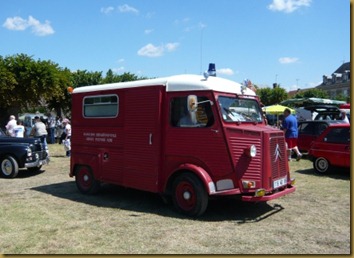 I thought this would make a very nice camper or ice-cream van. 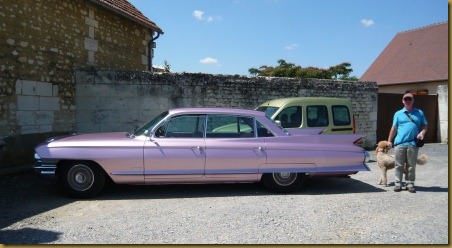 For those who would like something a little faster in pink !! 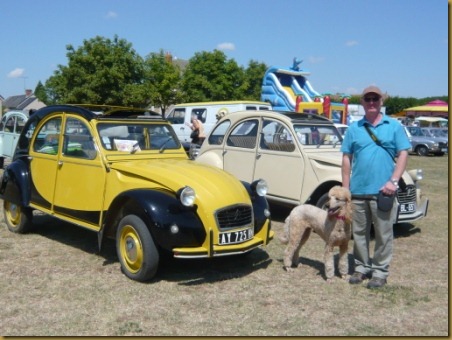 It was one of those essentially French events.  Glorious sunshine, good humour, good fun, beautiful old cars, nobody taking it too seriously, any excuse for a jumble sale and no admission fee.  A great day out.