The journey to France is troublesome.  In the sense that we are constantly trying to find the best way to do it.

It’s 600 miles door-to-door and the travelling problems are all on the UK side of the channel.  The journey from home in Derbyshire to Folkestone to catch the train is the difficult bit.  All because travelling on the UK motorways is a total nightmare, a complete unknown.

According to Google it takes three and a half hours from here to the tunnel but it can take much, much more than that.  All it needs is an “accident” caused by someone doing something stupid and then you have a huge traffic jam and you miss your train. 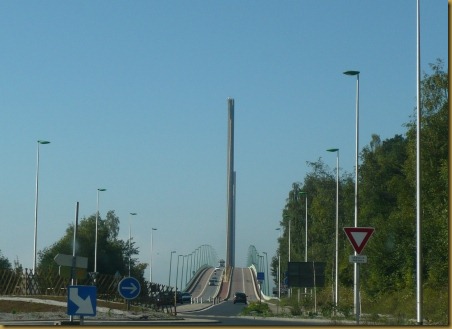 We organised things differently this time, setting off on the Friday night, aiming for the just-before-midnight train and having a hotel booked near the tunnel exit in Calais.  Then after a relaxed breakfast we would continue south and be chez nous by mid-afternoon – much less exhausting than trying to do it all in one go after a day’s work.

The traffic going south on the UK motorways was foul.  But moving.  Until we got past the Dartford crossing and onto the M20.  Not far from the tunnel there was a short section of badly organised roadworks funnelling three lanes of traffic into one lane in a very short space and suddenly there was chaos.  At 11.00 pm it looked like we would miss our train, a massive hold-up being caused by a careless lorry driver stuffing his lorry into the side of a car as he changed lanes without looking or giving the car the chance to get out of the way.  It was only by a difference of seconds that the hapless car driver didn’t happen to be us. 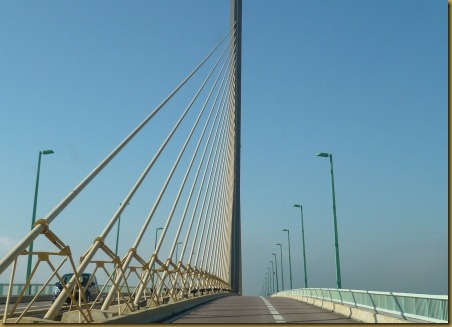 However, we eventually made it across (or rather, under) the channel to France and from that point onwards all our travelling problems evaporated.

We decided to use a slightly different route, avoiding going through the centre of Rouen and crossing the Seine via the Pont de Bretonne, which we have never done before.  Yet another spectacular French bridge to add to our list of really good bridges crossed in France. 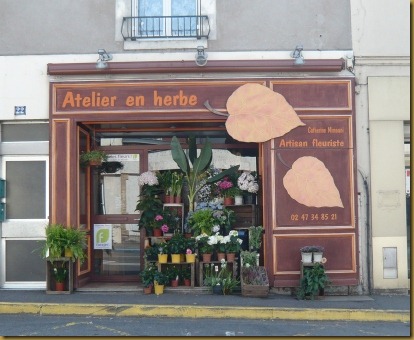 The temperature rose steadily as we got nearer to the Loire.   On leaving Calais it was 18°C and by the time we were passing the florist’s shop in Montbazon, it was 32°. 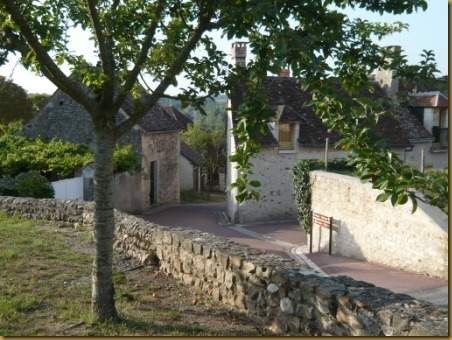 Le Grand-Pressigny was in full bloom, full fruit and looking beautiful.  The apple trees in the car park by the château were full of fruit, as were the blackberry bushes and the vines. 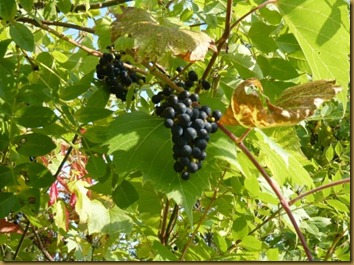 We had a wonderful two weeks and I will be telling you all about some of it as soon as I can.

Things back home are as hectic as always so you will have to be patient… !!