LIFE IN A CAVE 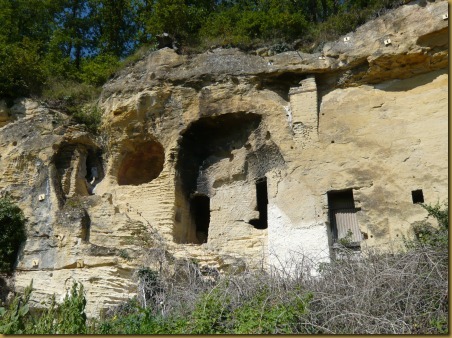 People have been living in the caves in the Loire region since prehistoric times and many were still very much in use in the 19th century. 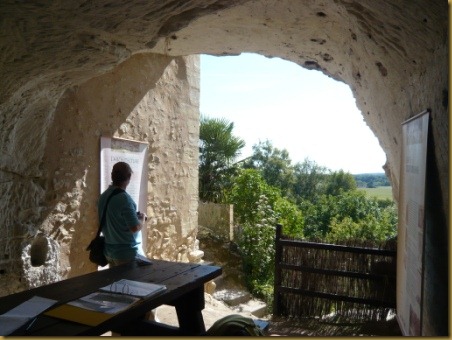 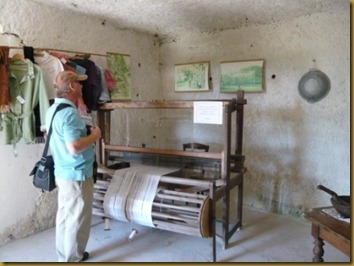 Inside the weaver’s cave. 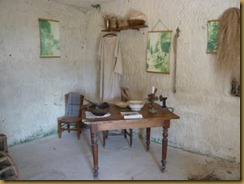 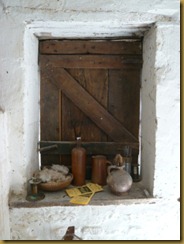 The Troglodyte village, Ethni’Cité, at St-Rémy near Descartes is a fascinating place to visit.  You can have a good look inside caves that were used in prehistoric times, those that were occupied by Richard Coeur de Lion and some that still have furniture and tools from the 19th and 20th centuries. 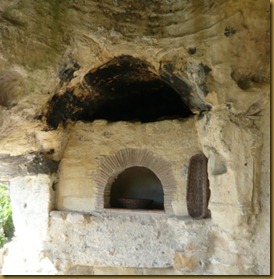 The bread oven, typical of ones used for many centuries all over France. 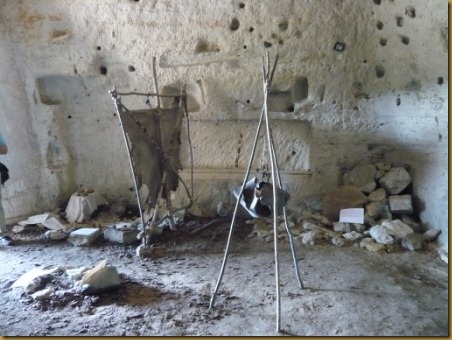 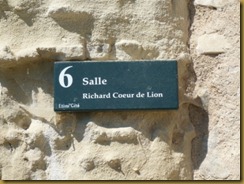 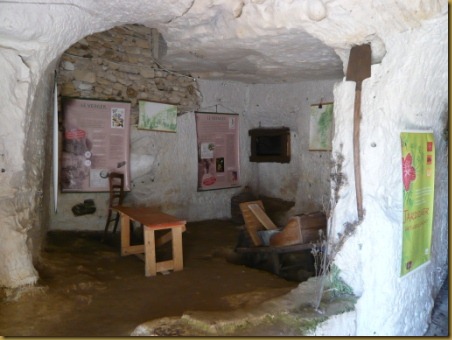 When Richard the Lionheart ruled this part of France, which was in fact England, he would look down from his cave over the valley below where the river Creuse flows sleepily along.  That part of the land was in France.

Confusing, isn’t it, especially if like me, you have a limited knowledge of French and English history. 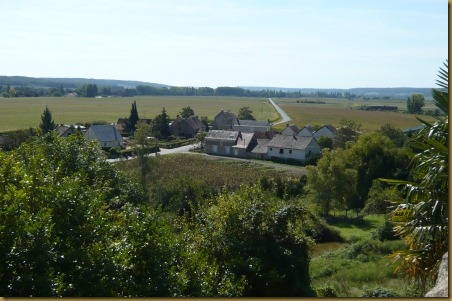 Richard the Lionheart’s view of France from his cave which was in England.  There would have been no roads or houses, just a few huts, possibly some animals and people waiting for the right moment to attack.

On our tour of the caves, there was much information about how the cave dwellers would defend themselves from the people in the valley below, who were often starving and would attack the caves in search of food.  The cave dwellers were well organised and better supplied with food and the other essentials of life. 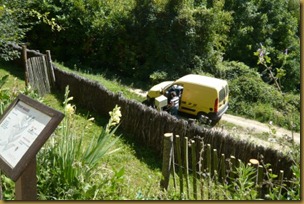 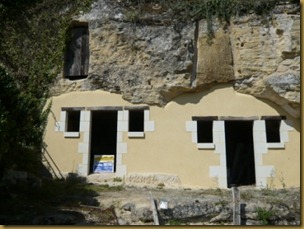 The post lady delivers to the caves that are still in use and some are in the process of being renovated.

None of the caves seemed to be in constant use, in other words as a home.  In other parts of the Loire, many are still very much in use; a more modern house is built on the front of an old cave dwelling. 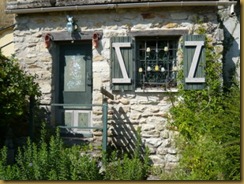 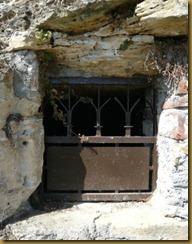 Most of the ones we saw seemed to be used for recreational or display purposes.  There was nothing special going on the day we visited, which was good in a way as we had them all to ourselves.

At Ethni’Cité there are regularly special events throughout the summer, with numerous and varied demonstrations of how people lived there and the way they managed to support support themselves.  We came away feeling very grateful that we were born in Europe in the middle of the 20th century, as life must have been extremely uncomfortable and dangerous for all the previous occupants of the caves.  The temperature inside is apparently constant all year round, neither too warm nor too cold, but the caves must have also been rather damp, cramped and smelly.

The display boards in the caves had lots of postcards showing clearly that they were still inhabited in the early part of the 20th century and I seem to remember seeing a date sometime in the 1940’s being the last time they were used for real.

The morning we spent there was fascinating and we will certainly go back and see some of the events that they put on.  It was well worth the modest entrance fee.

For anyone who might think of visiting, I was glad I wore sensible shoes and picked a day when it was dry underfoot.