At last the snowdrops are giving way to the daffodils, the birds are singing, the sun almost feels slightly warm when it decides to come out and play and we only have to scrape the ice off the car windscreen a couple of times a week.  That’s real progress, telling me the worst is now behind us and spring is definitely just around the corner. 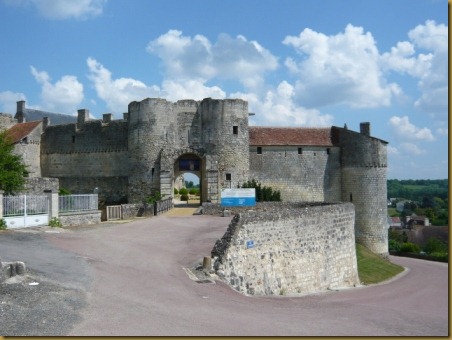 The château in Spring.

So we have been planning our holidays in Le Grand-Pressigny around what events we want to see this year.  There’s so much going on that we can’t possibly get to see everything.  Over the years we haven’t missed much – spending slightly different weeks there each year means that we have gradually seen most things at least once.  But until the day we are there full-time – or even most of the time – it’s impossible to do all our favourite things in one year so we have to pick and choose. 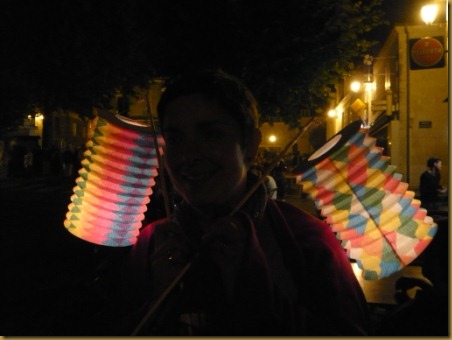 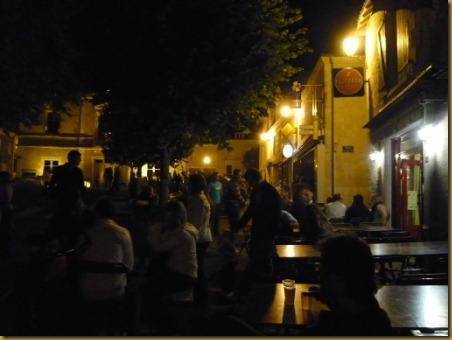 So the 14th July it is again.  We have only missed it once and that was because we wanted to be home for something that was a one-off and would never happen again – a good friend’s 60th birthday party. 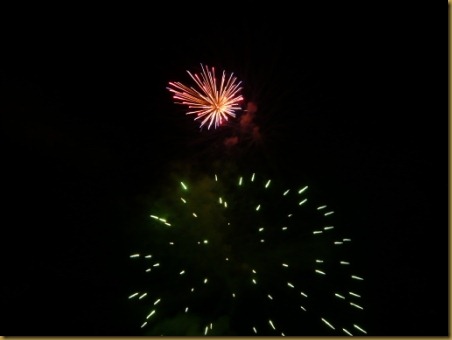 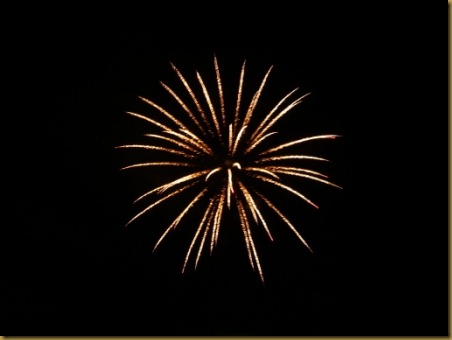 The 14th July is not a grand affair but it is a big event for the village.  Moules et frites served on trestle tables in the village square.  Dessert and coffee arriving as the sun goes down.  Copious amounts of rosé wine and dancing after dark.  Then a procession down to the river to see the fireworks at midnight.  Finally for us a happy stroll back up the hill towards the château and our little house in the warm night air.  Dancing continues for a couple more hours and we drift off to sleep as the disco plays on.  As I look at these photos I can still hear the chatter of excited children, the clink of glasses, the rather cheesy disco music and the crackle of the fireworks.

We have nothing quite like it here in our part of the UK.  We have our village firework display in November for Guy Fawkes night, or bonfire night as it is usually known, when it’s more often than not cold and raining and the field is muddy.  There are stalls selling overpriced hotdogs, instant coffee and beer in plastic cups but nobody in their right mind would stick around for dancing outdoors once the fireworks have finished – we all scurry off to our homes for a late supper and an evening in front of the telly.  Apart from a few yobs and yobettes who roam the streets letting off illegally obtained bangers and chucking empty beer cans into people’s gardens.

So there we are, one visit in the pipeline and something to look forward to.  I feel excited already !!

Now a little question for anybody who understands Blogger workings. (!!)

Does anybody have any idea how I change the time given for the posting of comments ??

I have tried clicking on my choice in settings/comments to no avail.  The comments arrive as if they were posted 8 hours earlier than they were no matter what I try, which is very frustrating.

What I would really like is for them to just show the day and date, not the time at all.