I thought it might be time to give a little taste of what we’ve been looking at while house hunting in France. 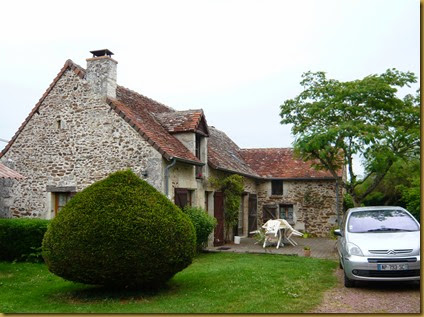 We found ourselves outside this house by mistake.  The agent was lost.  He couldn’t find the house we were looking for but as luck would have it this one was also for sale and the owners were happy to show us round.

The style and size of the house were exactly what we are looking for. 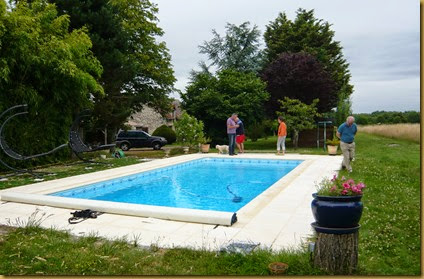 It had just about the right amount of garden but it also had a swimming pool.  We don’t really want a pool.  They do take a bit of looking after and we think that although it’s tempting – in fact it would have been fabulous in the current hot weather – we think that as we get older and less able to do things for ourselves a pool could be too much of a liability.

However, we are prepared to look at houses with a pool.  If it’s the right house and the pool goes with it that would be fine. 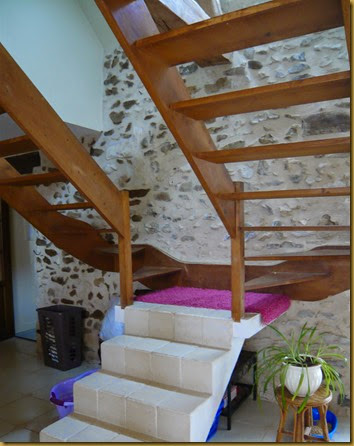 The house had a few interesting features resulting from its renovation.  One of which was this double staircase.  Each side leads to a bedroom.  This is because there’s a substantial oak beam in the way making it difficult to create a single staircase and landing. 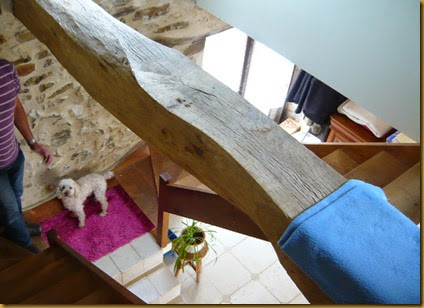 There was also a third bedroom with its own staircase, making the house a three-bedroom, three staircase dwelling! 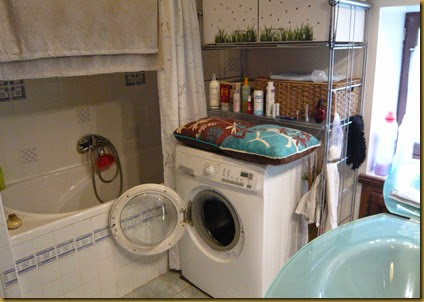 The washing machine was kept in the bathroom, something not unusual in French houses. 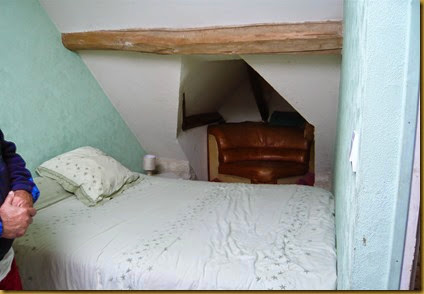 The third bedroom only just had room for the bed, which was squeezed into an alcove between the beams.

We rejected this house because it had too many quirky features.  At our age one staircase could soon be more than enough!

We visited this house on a day when we saw eight houses.  Eight houses in one day!  That’s serious house hunting!

more of the same House hunting