Moving house is really hard work and when we arrived in Le Grand-Pressigny we were pretty tired and jaded.  So before the French house hunting really got under way we decided to have a few days of rest and entertainment.

First, we went to the music festival at Barrou which is held down by the river on a Saturday evening one night every summer.  It’s called “Festival des Barroudeurs”. 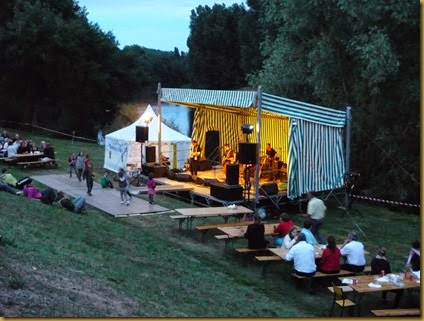 This was our third “Barroudeurs” and as always it was a great start to any holiday.  For just a few euros each there was live music and the chance to meet up with friends in a relaxed and convivial atmosphere – the food tent and bar always help in that respect!

A couple of days later we decided to make the most of the good weather and have a proper road trip on the motorcycles – the forecast was not looking so good for a few days after that. 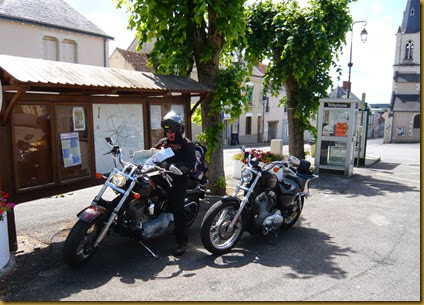 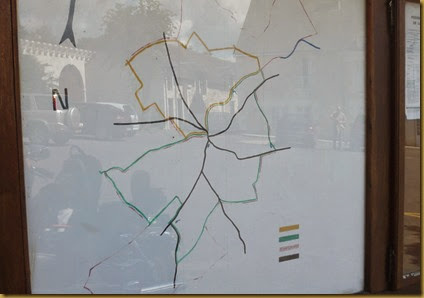 We decided to go to Brézé and visit the château there, talking the “pretty route”.  This usually involves several stops to check the map – something that is always a challenge on a motorcycle.  You have to pull off the road, preferably in a patch of shade, engage first gear, switch off the engine, put the side stand down, lift up the helmet, take off the gloves, rummage in the rucksack for the map, open the map (preferably the right way up) and, having ascertained the correct route, go through the whole process in reverse and set off.

In Luzé we stopped by the public map in the village square, hoping it might help and that we might not need to rummage in the rucksack for our own map.  Sadly it was no help at all !! 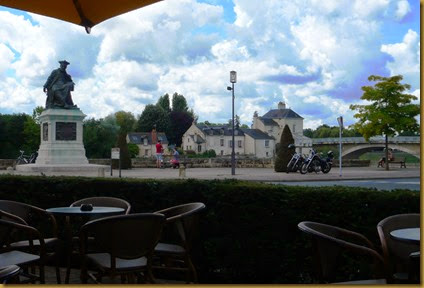 After an hour we had got as far as Chinon!

It was lunchtime by now so we stopped at the café opposite the monk Rabelais for a light snack.  Nick had a burger and I had omelette and frites, followed by an espresso.  A great way to perk us up to continue on our journey. 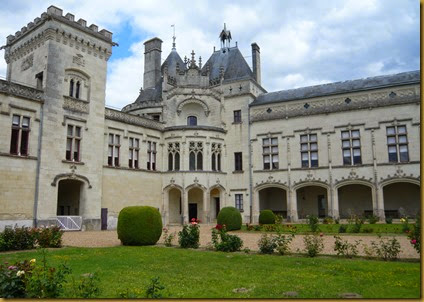 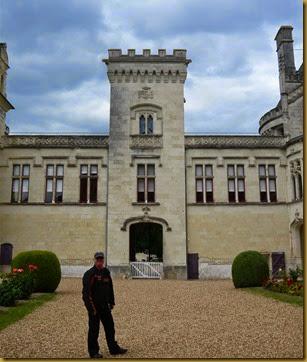 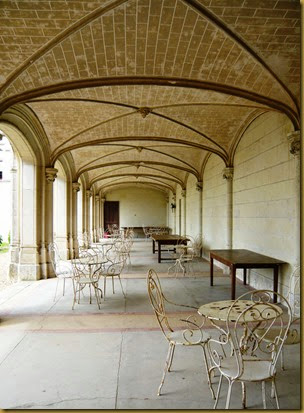 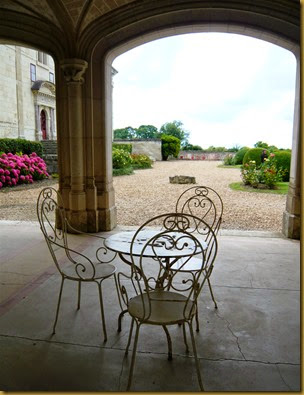 We had thought of having lunch at the château but as it turns out the restaurant there is closed on Mondays so it was lucky we ate in Chinon.  In any case, as soon as we parked up outside we realised we had been there before, many years ago, on a previous motorcycling tour of the Loire. 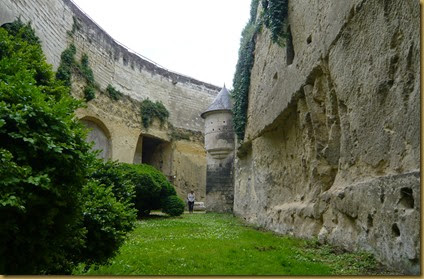 On that occasion we were less experienced at visiting châteaux and didn’t fully understand what a guided tour could involve.  At the time the château had recently re-opened its underground system to visitors and the girl in the ticket office was keen to sell us tickets for both the underground and the château itself.  We accepted her offer and set off behind the guide, along with a handful of other hapless tourists. 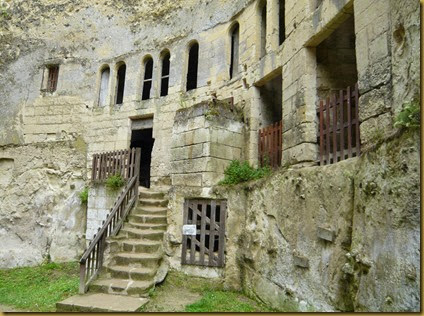 We entered the underground complex in brilliant sunshine and emerged over two hours later, completely exhausted and knowing everything it was possible to know about the caves, dormitories, bakeries and kitchens beneath the château.  Not to mention the wars fought, the attacks fended off and the gruesome details of how attackers were trapped and disposed of.  Or at least, as much as we could understand as it was all in French and our French was not that good at the time.  What we didn’t grasp we could fill in with our imagination.  All the time we were trailing our motorcycle helmets and jackets around with us.

By the time we emerged into fresh air and sunshine it was too late to use the other part of our ticket and see the upstairs! 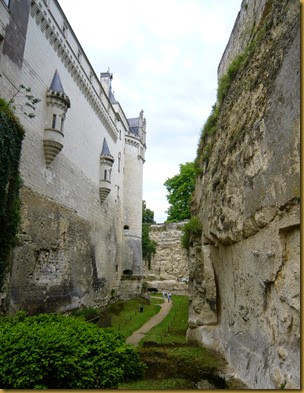 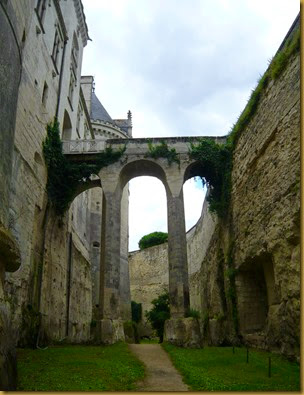 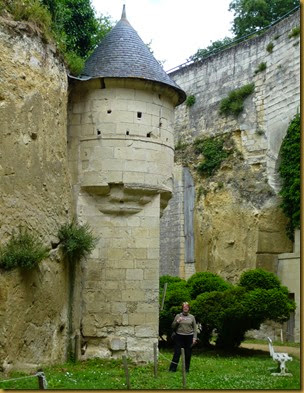 This time we were a bit more canny.  We made sure we opted for the “tour libre”.  The visit to the underground was optional so we had a quick peek to remind ourselves what it was like then shot back above ground to see the inside of the château. 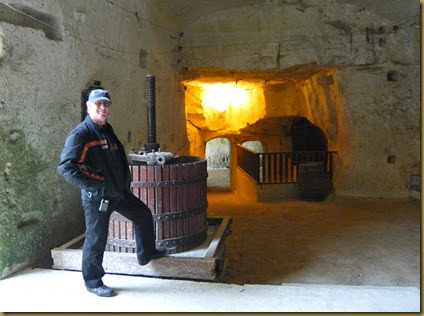