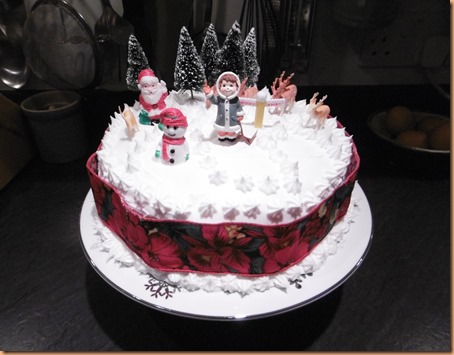 Around about now I usually do a photo round-up of the year but this year things are different.  I’m not entirely sure 2016 has been a year worth celebrating.  For us there have been too many disasters; the loss of Lulu, the theft of my bag on the only holiday we took, political changes that have left me feeling very unsettled, and more. 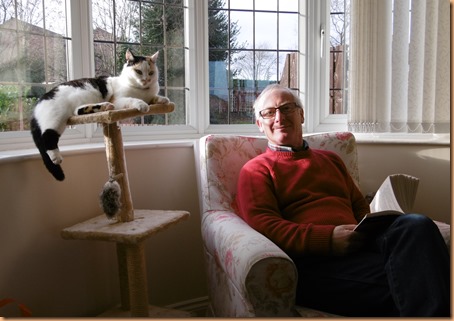 Then, just as I got to the point when I was feeling glad the year was nearly over, it got even worse.  Nick had a heart attack and ended up in hospital on the 14th December.

This was not like your typical heart attack, at least, not as either of us ever thought a heart attack would be like.  A few pains and symptoms that took him to bed for a couple of hours on the Saturday afternoon, after which he was completely fine.  No symptoms at all, lifting heavy bags and boxes as we packed up to return to the UK for Christmas.

Thinking he should get it checked out when we got back to the UK, he decided to see the GP to get it out of the way sooner rather than later and got an appointment at the “sit and wait” clinic on the Wednesday afternoon.  We were both surprised when he was advised to go straight to A&E. The doctors there were giving him the “we’re not sure why you’re here” approach and getting ready to send him home when the results of his blood tests turned up and he was admitted to the cardiac care unit straight away. 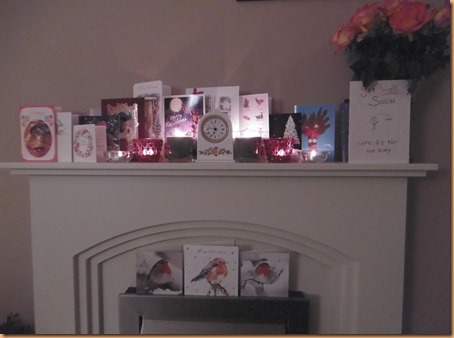 So Christmas has been a slightly non-event in our house this year.  In the days before when we should have been socialising, wrapping presents, decorating the house and enjoying ourselves we were in hospital, Nick as patient and me as visitor, anxiously waiting test results and treatment.  In between hospital visiting I managed to get some cards posted and some presents wrapped.

Having spent hours on end seeing what goes on in the hospital wards I feel I could write a book about why the NHS is in deep financial trouble.  The care was brilliant, the food tasty and edible but the chaos and lack of communication was unbelievable.  A hospital ward is no place to get better, being surrounded by dementia patients who shout, abuse the nurses, knock things over, pee on the floor and continually undress themselves in front of everyone one.  It is stressful and dangerous.  After a week had gone by we were both completely frazzled and exhausted.

Nick eventually had an angiogram and a stent fitted and came home on 23rd December, under strict instructions not to drive for a month, lift anything or do anything heavier than putting the kettle on until his rehabilitation programme starts in a couple of weeks’ time.

With only one day to get ready for Christmas I decided to have a frozen Christmas this year.  All the food, other than the turkey which had been ordered the previous month, came from the freezer cabinets in Iceland which is a five minute drive away.  I have to say it was all good, apart from the sprouts.  Frozen sprouts are not great but it was them or nothing.  We had the usual Christmas lunch with my father, brother and niece and had a good time.  More than anything there was a sense of relief that we got Nick back home in good shape and that he probably had had a close call.  He had apparently had a series of micro heart attacks followed by a bigger one.  For all we know the next one could have been much, much worse.  Having him home again was the only Christmas present I wanted.

more of the same Family