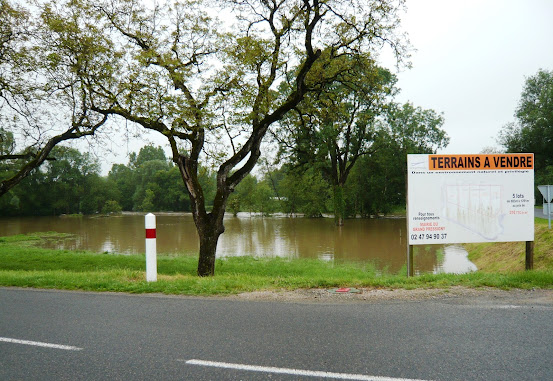 It has been a trying week here in Derbyshire. 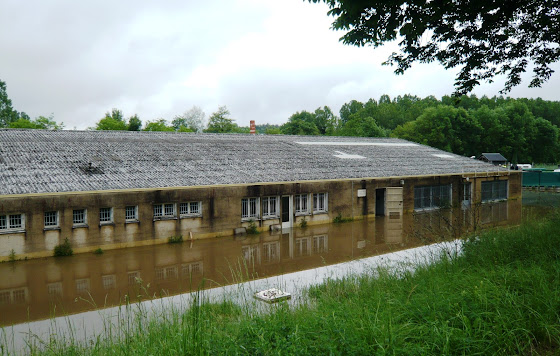 The weather has been cold, much colder than this time last year.  We've had rain, snow, hail and thunder.  However not as much rain as in Le Grand-Pressigny in May 2016 when these photos were taken.  The old disused furniture factory was flooded.  It was repurposed as a self storage facility a few years later. 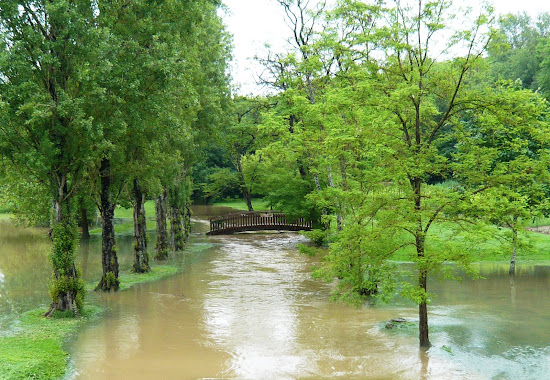 The River Claise had burst its banks in May 2016.
We have been grappling with paperwork, documents and doctor's appointments for my dad, struggling with staggering incompetence indifference and ageism.  Old people, especially very old people, seem to be shoved from pillar to post, further and further down the list of priority.  He had to wait two weeks for a routine GP appointment for some form filling.  The appointment had to be by telephone and was for between 8.30 am and 12.30 pm.  A four hour slot.  The call finally came in at 4.30 in the afternoon.  Everyone else was more important than him, it seems. 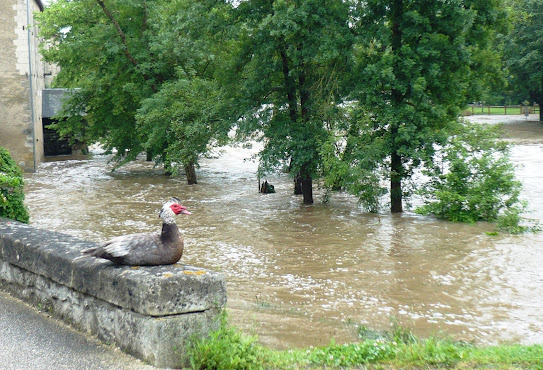 The river at Abilly was in full flood down by the mill.

After all that, they got the paperwork wrong.  It's no fun being very old and it's not much fun being the bossy daughter who has to sort it all out either.

more of the same Weather