A YEAR OF HOUSE HUNTING 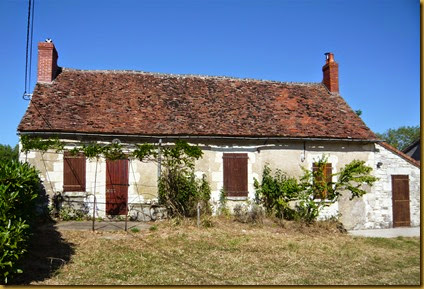 It was this time last year that we first started to believe that we could actually do it – downsize in the UK and upsize in France.  We began talking about it and several of our friends knew of someone who had a house for sale.  Local knowledge is a great asset in house hunting so one very hot day in early September last year we went for a walk with our friends Jim and Pauline to see this house which is not far from the village where they live, called Barrou.

Thinking of how mediocre the summer has been this year, the blue sky in these photos reminded me of exactly how hot it was that day and that it was actually a very good summer last year.

First impressions of this house were that it might well suit us very well.  It was an old, renovated house, with a good sized garden, two good sized barns and it sat nicely in its plot of land. 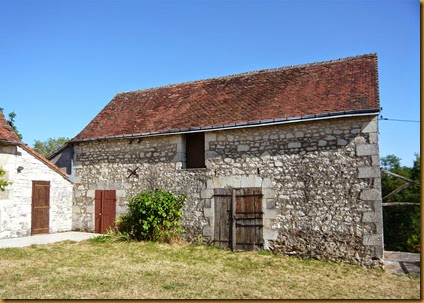 We didn’t get to see the inside but in many ways it ticked most of our boxes and with hindsight, and lots of house viewings under our belt, this is very much the kind of house we have been looking for.

One of the reasons we rejected it was that although not that far from the village in miles, it was in fact quite isolated.  There were no neighbours nearby and it was at the end of the road that leads to it, which meant that nobody would ever pass by unless they were visiting us. 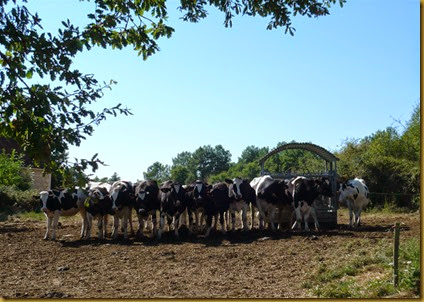 Another reason was the welcoming committee!

Cows can be, in my experience, noisy, smelly and very inquisitive animals and this lot were grazing in the field that was right up against the property.  There were cows in the field behind the house we left in Derbyshire only three months ago, so we had no illusions about what it could be like to live right next door to them.

Here we didn’t know who owned the field, if it belonged to the property and was rented out, or if it belonged to the owner of the cows.  In the first case it might be possible to reclaim the field for personal use but that wouldn’t be a good start in relationships with the farmer - “English couple buy French farmhouse and evict local tenant farmer”!  In the second case we would simply have to put up with the cows.

We continued with our house hunting properly in March this year and as well as those we have seen with an agent, we have looked at several other houses that were known to friends and neighbours.  It would have been in appropriate to show photos of them but amongst them was a fabulous “maison de maître”, built in 1820 and barely changed.  It had beautiful high ceilings, original floor tiles, casement windows, barns, an orchard and 12 hectares of land, some of it occupied by sheep.  We rejected it because it was too big and Nick felt he would probably have to dress for dinner every evening!

Another was a classic longère in bustling little hamlet, with multiple bedrooms, two sitting rooms and a swimming pool.  We rejected that because it was too big.

We looked at a beautiful modern house on the edge of the village, built in 1980 to a lovely traditional design and high standard.  The house and garden by themselves would have been perfect but it came with several hectares of orchard, a long stretch of river bank and an enormous hangar which we just didn’t know what to do with.

It seemed it was becoming almost impossible to find the perfect house with all the character that we liked and none of the drawbacks – we have looked at twenty two so far.  None of the agents had found the right one for us, but each time we rejected one, the idea of what we really wanted was getting clearer in our minds.  So one day, all by ourselves, armed with just a map and our intuition, we stumbled across this one, and put a cheeky note in the letterbox ……….. 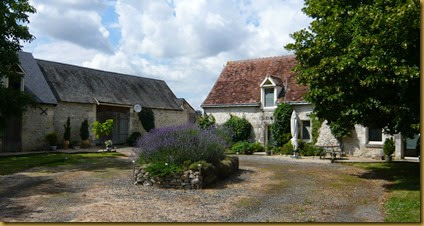