Having been two weeks too late for the chance to buy the house of my dreams with the turret, I was feeling ever so slightly depressed as we made our way to the next rendezvous with a hopeful vendor. 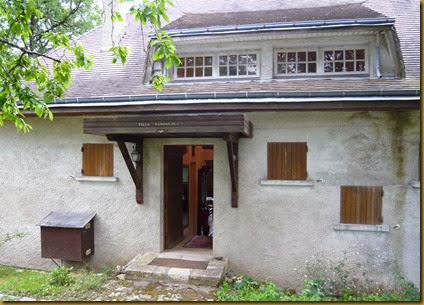 When we landed outside this house I didn’t quite know what to think.  Looking something like a cross between the starship enterprise and an English cricket pavilion this house was certainly not ordinary in any sense of the word! 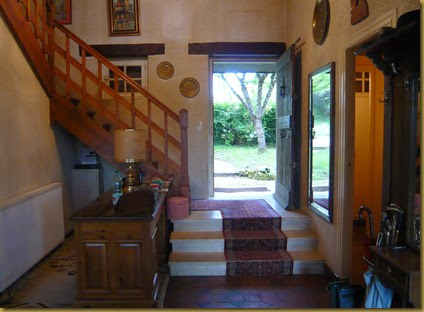 Once inside, things began to look much more promising.  The house had a lovely solid front door and a good sized entrance hall with a staircase leading up to an open landing. 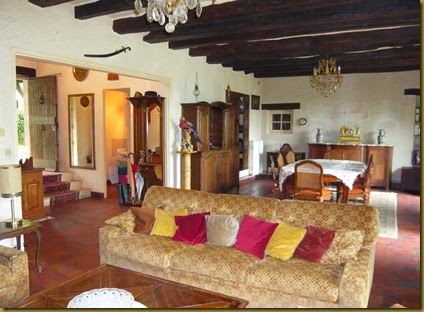 There was a huge living room laid out as sitting and dining areas.  The place felt almost baronial with high ceilings, lovely oak beams, a tiled floor, lots of traditional furniture and ornaments.  Along the length of the room there were doors opening onto a large, tiled, south facing terrace.  After a poor first impression this house was looking very tempting. 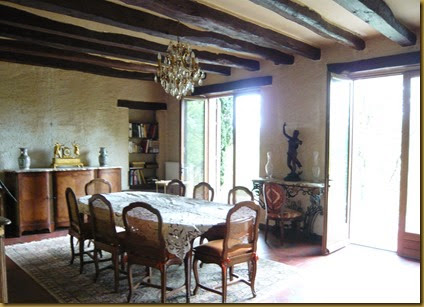 I find the word “potential” annoying when used by agents.  If a house is described as “having potential” it usually means that there is an awful lot of work to do, which might be worth doing if you can see through the wreckage to the potential that lies hidden.  It also often means that you need a lot of imagination to appreciate this potential and plenty of spare cash to realise it. 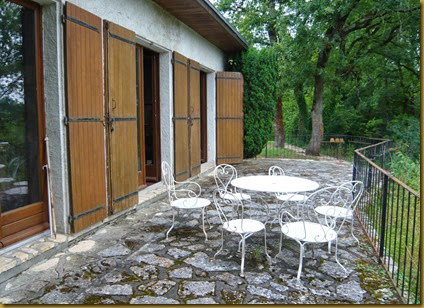 But this house definitely seemed to have potential.  The kitchen was very small but could have been enlarged by sacrificing a downstairs bathroom.  The bedrooms were small and it needed a new bathroom but underneath all that work I could see that there was the potential to make this into a lovely home.

The problem was the view. 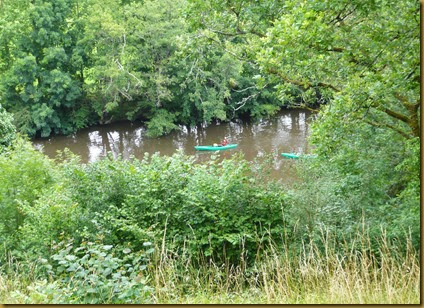 The house had a fabulous view over the river Anglin.  It was designed and built in 1950 for the village doctor who wanted such a view and since then permission has not been granted for any other houses to be built in a similar position, making it absolutely unique. 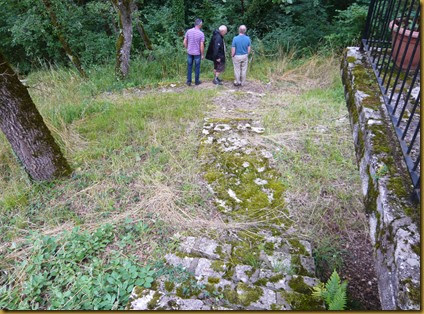 The view was incredible but was achieved as a result of the house being perched above a steep, tree covered slope down to the river.  From the terrace the garden sloped away gently for a few metres then dropped suddenly, almost vertically to the river which seemed to be at least 50m below.  All of it came with the house, including the river bank.

The garden and the wooded slope would be extremely difficult to maintain.  There was a lot of work required to tame the upper part into a nice garden and that was completely possible to do.  But I had no idea how you would tackle a tree covered sheer drop.  The vendor was perfectly candid about it and said that even as a boy he would not venture down the slope for fear of falling and having difficulty getting back up.  Since his father died the house has been unused and he and his brother have simply employed people to chop back some of the undergrowth twice a year.

Once again we spent a long time looking at this house, trying to work out if we could make it work for us.  I wondered if we could simply build the terrace out further over the sheer drop and ignore what went on underneath.  That would give us a wonderful outdoor area with a fabulous and unique view.  For the first time we were seriously tempted.

We waved to some canoeists as they paddled by below us.  After a while reality kicked in and we walked away.

The house itself had potential to become a lovely home for relaxing, entertaining and generally enjoying life in this beautiful part of France.  Perched on its sheer drop down to the river, it also had the potential for a whole lot of work and trouble, if not a serious accident.