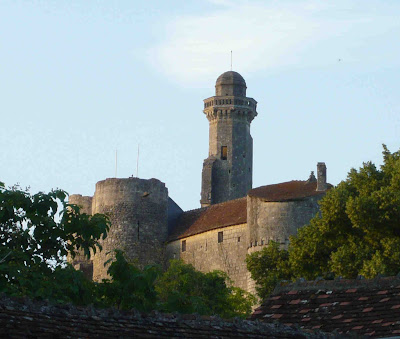 The château in the evening light.
Our holiday at the beginning of June was really busy so we intended that our July trip would be much more relaxing. We had plans to do very little at all. In the end, that's exactly what we did because I was, as my mother would have said, "proper poorly".
Nick had just before returned from working in Mexico City for a week and soon afterwards he developed "man flu". In other words, a bad cold. He did have some very strange symptoms, not like a normal cold, and he was also very poorly, so we wondered if it was a mild type of Mexican flu, or swine flu as we should call it. Anyway, just before we set off for France he passed it on to me. 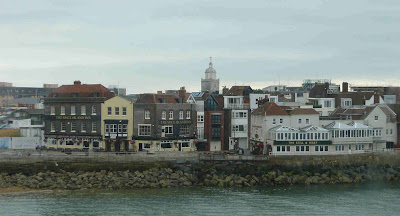 We planned to leave at 3am, he in the car with Lulu, travelling via the tunnel, and me on my motorcycle by myself, taking the ferry from Portsmouth to Le Havre.  The reason for this is that the journey using the ferry is so much easier on the bike but we prefer to use the tunnel with the dog. We don't like the idea of leaving her in the car by herself for five hours.

The evening before I had a raging sore throat and felt awful. We considered changing our plans and travelling together but I was determined to get the bike to France so decided to travel separately and meet up at a services where the motorways converge, south of Rouen. 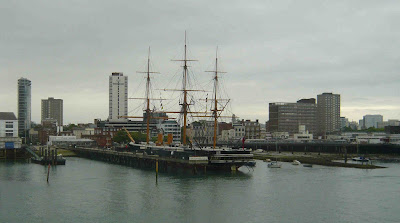 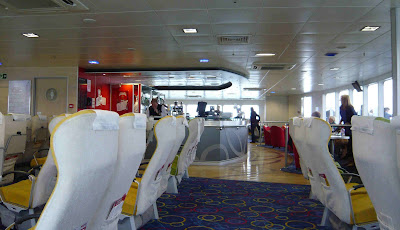 It was cool and drizzling when we set off in the early hours and I rode down to Portsmouth wearing long-sleeved t-shirt, jumper and fully lined waterproof jacket. I was perfectly comfortable. The ferry, the "Norman Spirit", was very quiet and I was able to snooze for a while. When we docked at Le Havre, I recieved a phone call from Nick to say he was already at the services and it was 31°C !! I hadn't noticed any change in temperature on the air-conditioned boat. I rapidly removed the jumper and the lining from my jacket and bungied them onto the bike. I passed the message on to a fellow motorcyclist as we prepared to disembark and word went round quickly, all the other riders removing clothes as fast as possible. Riding in hot weather can be really uncomfortable if you are over dressed.

After a long and hard ride south we finally made it home to enjoy our holiday. 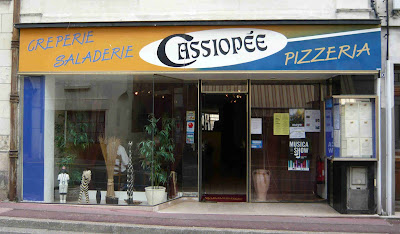 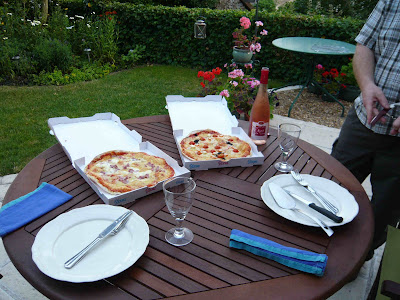 As each day went by I felt worse and worse. Fortunately my appetite was still reasonable and we ate at one of our favourite restaurants in Descartes for lunch on Saturday. Then we had pizzas from the van in the village square in the evening. On Sunday we went to the vide-grenier in St-Sulpice near Dangé-Saint-Romain. As always, it occupied the whole village. There was all the usual stuff for sale, the broken toys, worn-out boots and mismatched pieces of crockery. I personally find it difficult to spot the real bargains amongst all the rubbish but it was fun anyway. It was also very hot. 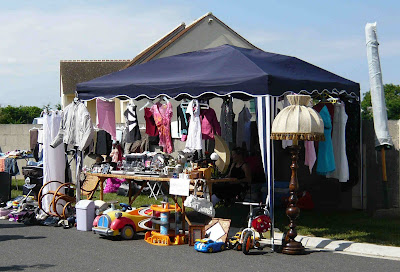 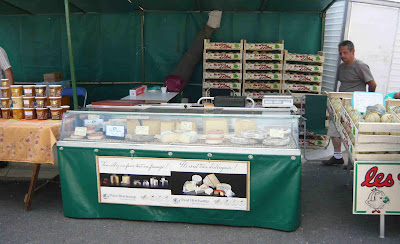 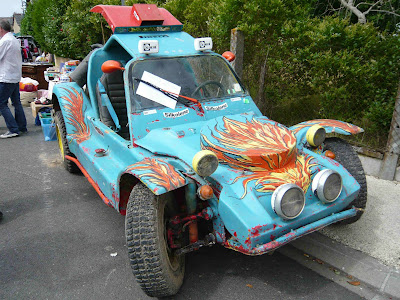 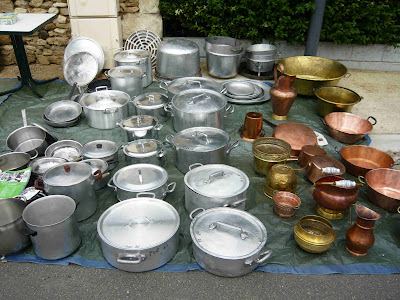 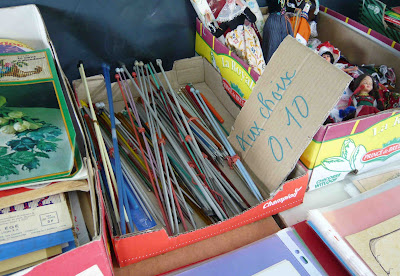 Nicole had left lovely flowers in the house for us when she called on Friday and Mme André had left us a little bunch of flowers first thing on Saturday morning. These cheered me up no end. For a day or two I was determined not to let something as trivial as a cold spoil my holiday and tried to keep lively. On Tuesday morning after breakfast I finally gave in and went back to bed for two days. The weather got hotter and hotter and there was talk of a "canicule". 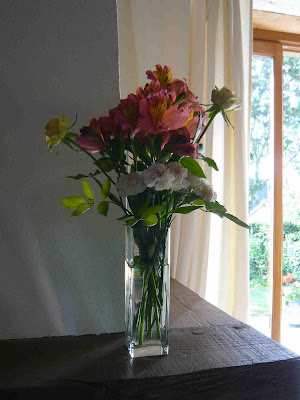 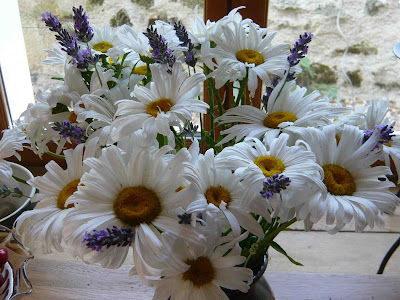 Consequently there are fewer photos than usual from a week in Le Grand-Pressigny and the Harley never turned another wheel. But it was a lovely place to be when feeling poorly !!
4 comments: