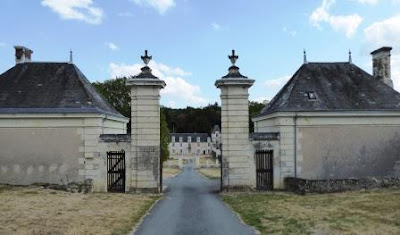 After the excitement of dealing with the hornet's nest on the Friday, we treated ourselves to a day out on the Saturday.  It was the weekend of the "Patrimoine", the one weekend of the year when local monuments, chateaux and museums are open to the public admission free or at a discount.  Many of them are places that are not usually open to the public at all.  Some have special events and entertainments on. 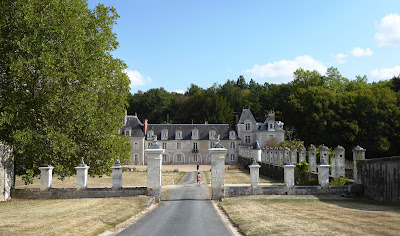 La Chartreuse du Liget.
This is one of the places we pass every so often when we're out and about and it was on the Patrimoine list for the area around Loches.  So off we toddled to have a look. 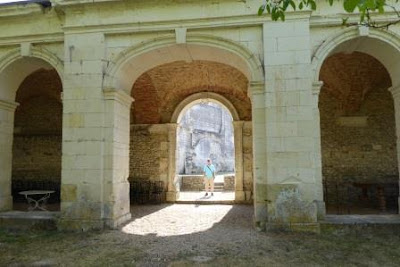 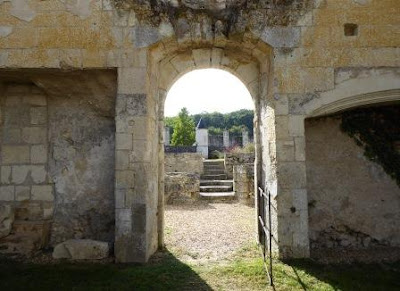 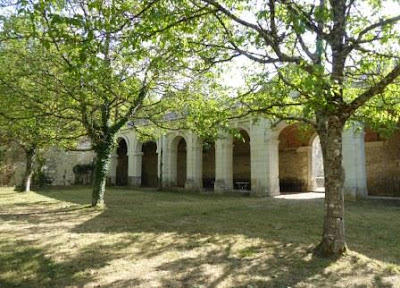 It's a Carthusian monastery first built in the twelfth century and you can read all about it here if you like.  The weather was very warm and sunny for a Saturday afternoon in mid September and we sported our sunhats as we shade hopped around the ruined cloisters. 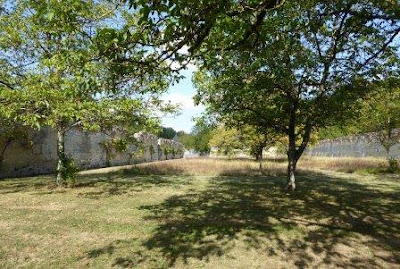 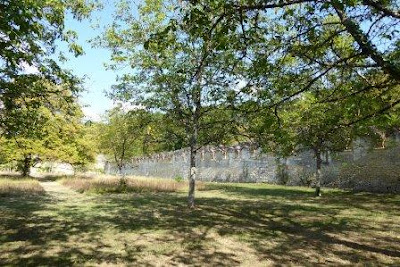 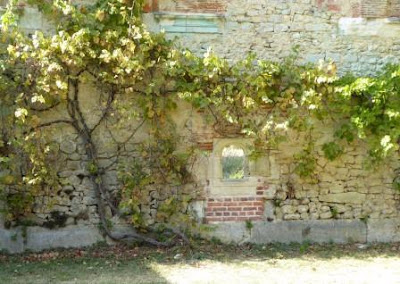 It's a very photogenic place and there were hardly any other visitors so we were able to wander around looking for the best angle to take photos at our heart's content. 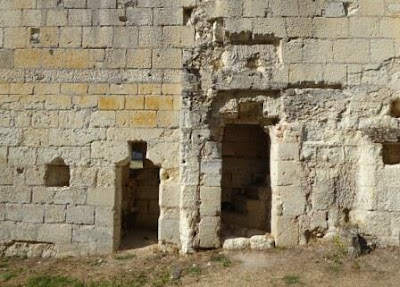 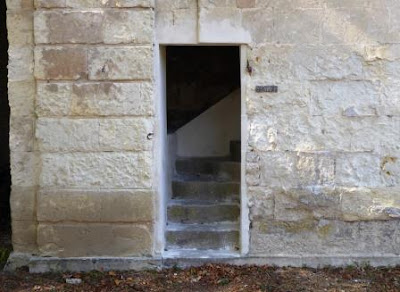 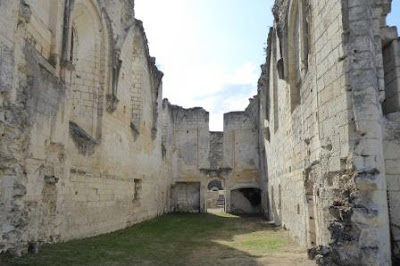 I was able to indulge in taking photos of doors and windows unhindered by tourists getting in the way wearing too bright clothes and exposing too many wobbly bits.  Taking photos in the winter is often easier on the eye in that respect except, of course for the lack of sun and poor light.  The light here was perfect. 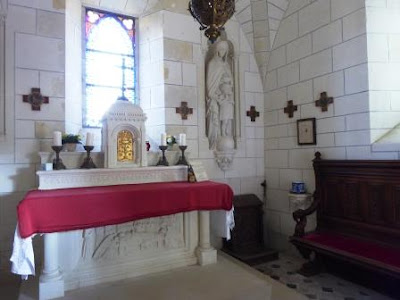 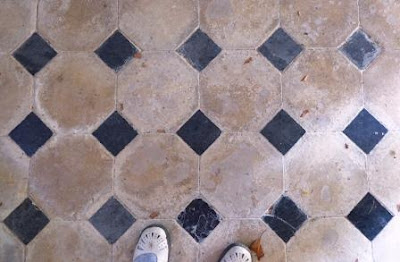 The little chapel is still used and in good condition.  There I was able to indulge my fascination for floors.  (A more recent extension of my passion for doors and windows,) 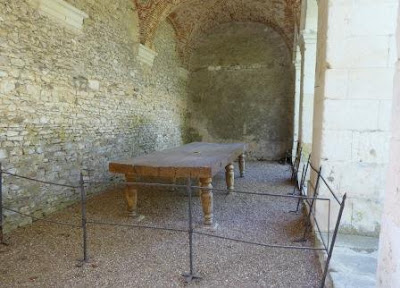 Standing outside all by itself was an old refectory table.  It was beautiful, old and gnarled with the scars of centuries of monks' dinners.  Or so I imagine, as I presume it's the original table, or one of them.  I'm happy to believe that anyway, which is what counts.
Interestingly, admission was free for the weekend but the lady in reception told us we could make a donation of 2 euros each if we felt we would like - which is the normal admission price!  We did, of course!
Afterwards we went in search of another site listed in the Patrimoine leaflet which proved to be very interesting - more of that tomorrow when I conclude my post on hornets, monuments and weather.
2 comments:

HORNETS, MONUMENTS AND WEATHER part one. 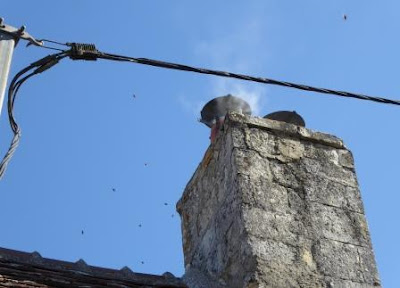 Only nine days ago, on a Friday, the weather was glorious, as it had been for weeks and weeks.  So you may wonder why smoke was coming out of our chimney.
We had lit the kitchen fire because we suddenly realised that the reason we were bombarded with huge hornets every time we stepped out of the kitchen door after dark was because there was a hornet's nest in the chimney.  We thought that lighting the fire would smoke them out but of course it didn't - it just made them more active and rather cross.
Nick enquired at the Mairie what to do about it - the Mairie being the first port of call in all crises like this.  To be accurate, he didn't get as far as the Mairie itself but instead collared the very nice man who looks after the commune's gardens and was busy watering the flower beds outside the Mairie.  The same young man said he would be round toute suite.
He turned up in the commune van with a cardboard box containing a large spray can of insecticide, some sturdy gauntlets and what looked very much like a space suit.  He gave instructions on how to use all three and made suggestions about who we could borrow a roof ladder from.
As he drove away up the drive, job done he obviously thought, we looked at each other and whispered "no way" under our breath - as if he might be able to hear us let alone understand what we said.  Instead we called in the experts. 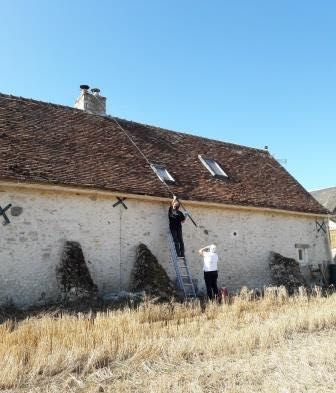 The person whose ladder it was suggested we borrow gave us the name of a local company who would come and do the job for us.  After one short phone call they promised to be round toute suite and sure enough, less than an hour later they turned up in the company van.  The company turned out to be a husband and wife team.  He went up the ladder with a long pole with an even longer extension tube on the end and she held the ladder while giving directions.  Left a bit, right a bit, and so on.
Half an hour later the job really was done and, as promised, within another two hours of the deadly powder being squirted into the chimney stack there was no sign of even a single hornet.  We had correctly identified them as European hornets which are, according to the website we saw, very likely to fly at night and get very nasty if you upset them.  That evening we were very pleased not to have to run the gauntlet of the things every time we stepped outside.
The Saturday was equally glorious and was day 1 of the Patrimoine Weekend.  More of that tomorrow...….
4 comments: