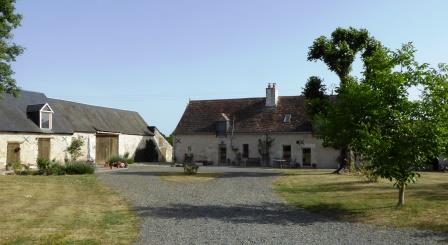 I have just returned from two weeks in the UK.  It was a planned visit, one of the individual trips we intended to make this summer rather than returning "en famille" which is much, much more expensive.

While in the UK I was hoping to be able to tweak the care package put in place for my dad at his sheltered housing facility, having finally seen the back of the care agency who were awful and managed to get him taken on by the on site care team.  However, the news is not good.  The day after I arrived he had a fall and ended up in hospital, which is where he still remains.  Not only that but when he was admitted to hospital he was able to walk and now he isn't.

When he is discharged it will be to a care home, something we have actually been hoping for for some time.  Unfortunately it has taken a serious mishap to get him into one.

My brother has encouraged me to come back to France and is handling everything himself at the moment.  Once Dad is discharged there will be a lot of work to do so I will go back.  That could be as soon as this coming week. 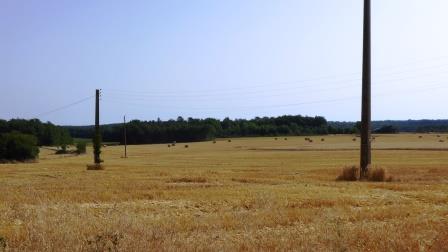 I returned to France to a heat wave - the word in French is canicule.  It has got hotter and hotter day by day since I arrived.  Today, Saturday, is forecast to be 40°C or even higher and that is unbearably hot.
On the way back from the airport late on Tuesday evening there were fire engines attending a field fire just north of Limoges.  On Wednesday we went shopping to Chatellerault and on the way back passed a huge burnt out field.
Local farmers have been told not to do the harvesting or use agricultural vehicles in the afternoons because of the risk of fires.  Hence when we got back from an evening out yesterday we arrived home to find most of the fields around us had been done while we were out, in the relative cool of the evening.
We were glad about that for a few different reasons, not least of which the huge racket made by the machinery when it gets close to the house and the not inconsiderable amount of dust created. 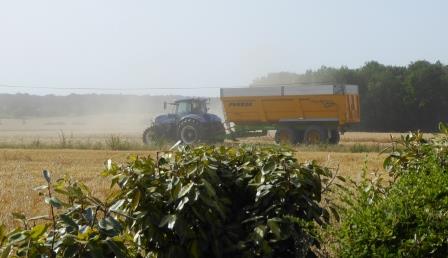 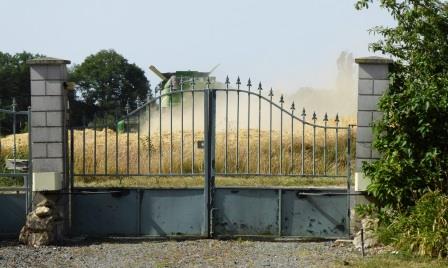 By 7.30 this morning the farmer was already harvesting in the field opposite our house.  We have to make sure all doors and windows stay firmly shut to prevent the dust entering the house.  It makes enough of a mess outdoors without the extra cleaning inside!
Mind you, with the temperature forecast it looks very much like we will be battening down the hatches and staying indoors all day anyway.  Even under the picnic roof and umbrellas it's not comfortable to be sitting outside.
Nick took Hugo for his morning walk at 7.30 and we got all outdoor jobs done as early as we could.  Now we can just sit in the cool downstairs rooms and wait for the heat to pass.
And pass it will.  Temperatures are forecast to fall to a warm 28°C on Sunday and getting cooler with a little rain next week, which will be very welcome.
We will probably sleep downstairs tonight.  We don't have a downstairs bedroom but will fetch the mattress from the spare bed and use that.  Sleep is just too elusive when it's 30°C in the bedroom!  Our little portable aircon unit works well but even when working flat out it doesn't bring the temperature down enough.  Sadly the devis for the installation of proper air conditioning never arrived and we forgot about it thinking maybe this year we won't need it anyway.  We were wrong! 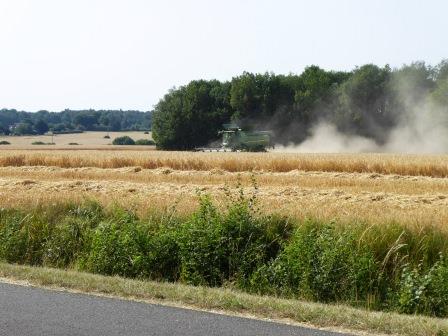 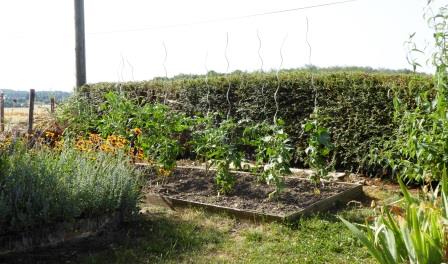 Our tomato plants are doing well.  For the last two years we were unable to get here in time to grow anything but this year we have tomatoes, cucumbers and courgettes coming on.  Home grown salad is such a joy. 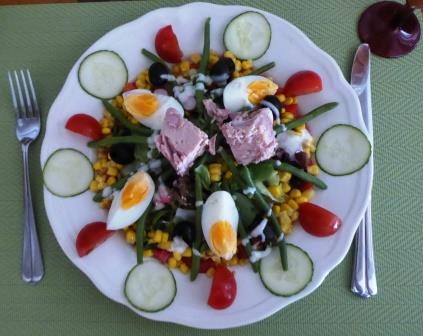 As was our lunch today.  Nick made his "salad niçoise maison" for which he had to boil some eggs and cook some green beans and although it is not very authentic it was perfectly yummy.  I can't wait to be making it using our own home grown tomatoes and cucumbers. 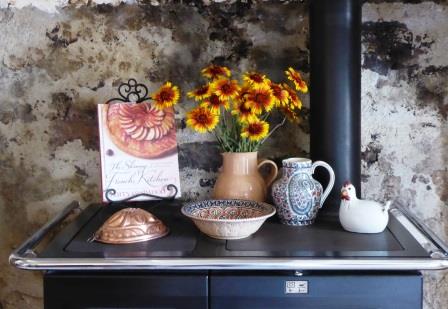 Also growing in the veg patch are these flowers, called rudbeckia.  They make an excellent indoor display - once you have allowed all the hundreds of tiny beetles to beetle off elsewhere!

When I got up this morning I wondered how I would pass the time, a whole day having to be spent indoors, but it's passing quickly enough.  There are plenty of indoor jobs, downstairs ones of course, to catch up on, books to read, sewing to do and blog posts to write.

I do however feel for those people who have organised outdoor events for this weekend.  We certainly won't be going to any and I wonder how many will brave the heat and turn up.