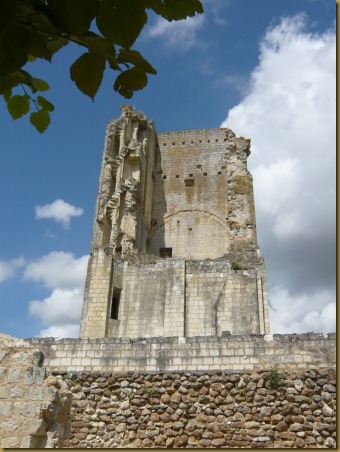 You can wander around the courtyard and admire the buildings, the trees and the flowers to your heart’s content, for free. 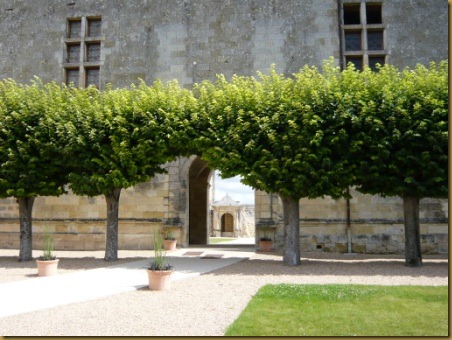 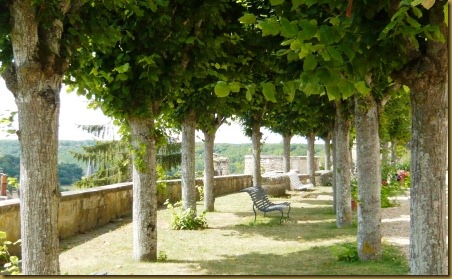 There are peaceful and shady places to sit to admire château or watch the world go by.  Actually, not much does go by, making it very peaceful indeed. 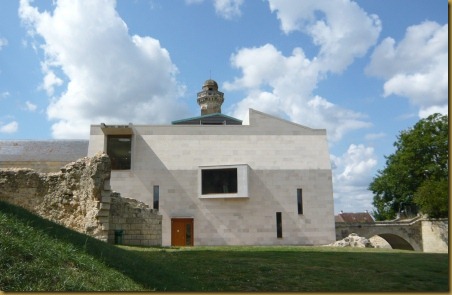 The new building above, and part of the old building, below, house the new museum.  There is a charge to enter and it is well worth the cost. 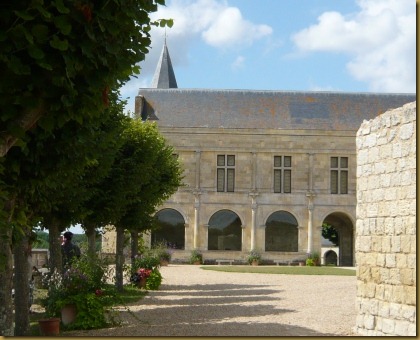 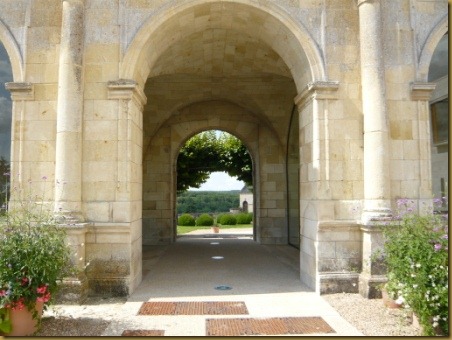 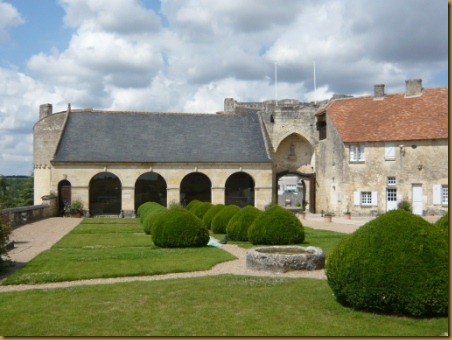 The view over the village from the château wall is spectacular. 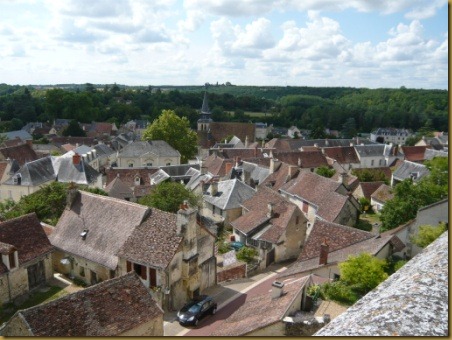 It’s 4.5°C here in Derbyshire today -  spring has not quite got going yet. Our daffodils are still waiting for a bit of warmth to open them up.  Knowing that it is warmer and brighter in our little corner of France helps.  I think.

I could say “roll on summer” but we have spring in Le Grand-Pressigny to look forward to first.  I just can’t wait !! 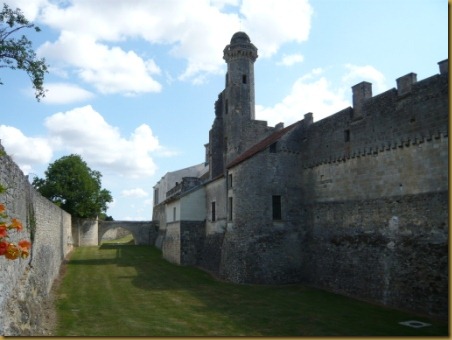 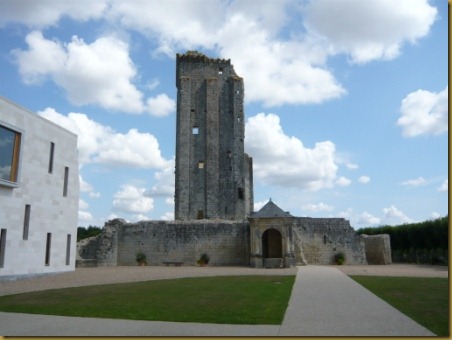 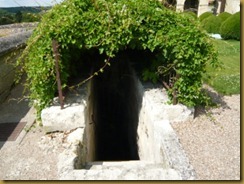 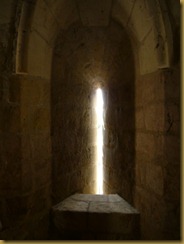 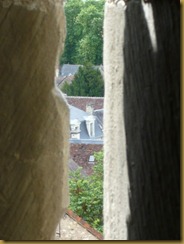 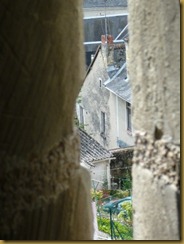 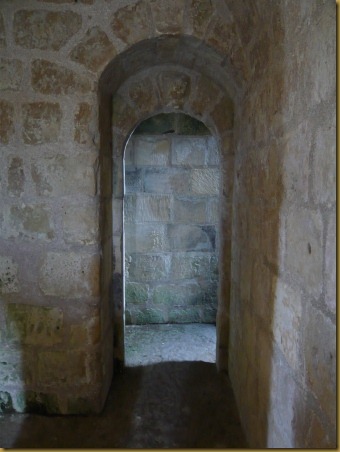 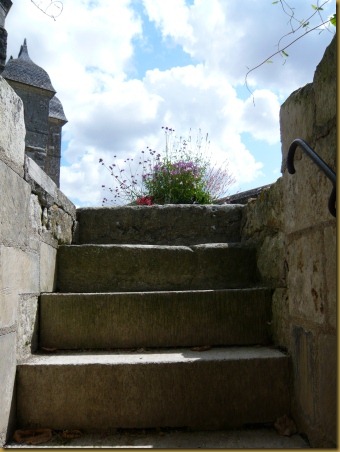 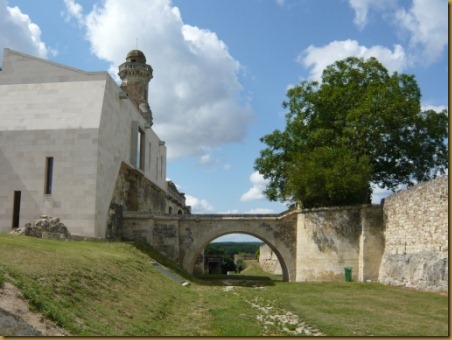 When on a long weekend chez nous in July 2009 with my friend Jackie we visited the village of Le Louroux and in the old mill there was an art exhibition. 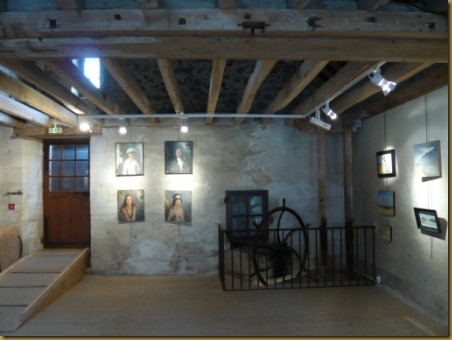 I spotted a painting by the local artist Veronique Duprès and went back a couple of days later to buy it as a present for Nick. It’s at the bottom right of the photo. It is of a stretch of the Loire river.

He really liked the painting but not the frame, which he thought looked as though it was bought from an vide-grenier. It probably was, but I thought its shabbiness had a certain charm. Anyway, it hung in our room in Le Grand-Pressigny for a while then we brought it back home to the UK and last week took it to be re-framed. 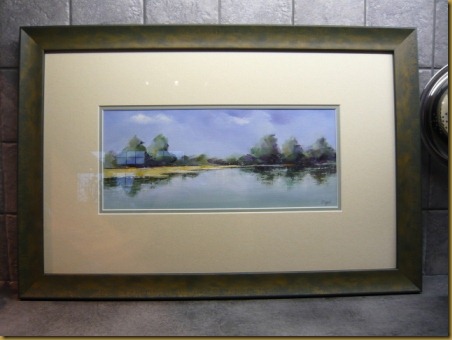 We are very pleased with the result. The picture shop made a lovely job of it and the frame really enhances the picture, we think.

When we went to collect the picture the man in the shop had a surprise for us.  Having dismantled the original picture, guess what !! 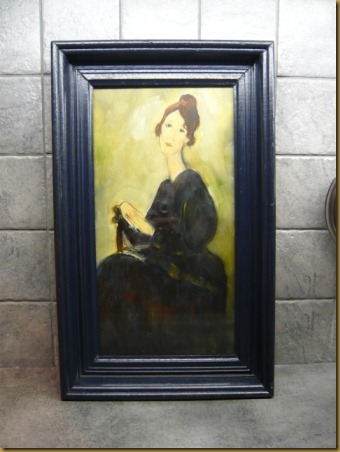 Underneath there was another painting. We rather like it. So the man in the shop cleaned up the old frame for us and put the original picture back in. There is some damage to the bottom of it but we like the colours and the style. It is unsigned so I have no idea who painted it. 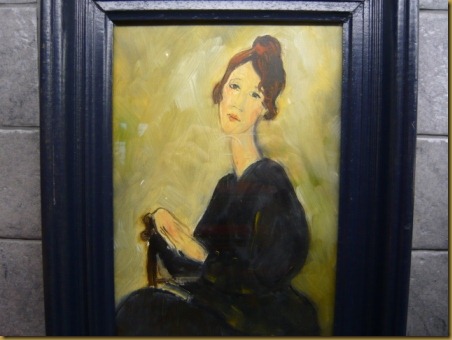 We have decided to call the picture "blue lady" – she looks slightly wistful or even sad, I think.