I wrote this as a guest post for Tom's blog so posting it here as well seems a bit like cheating, although not really as it's a subject I already had in mind. 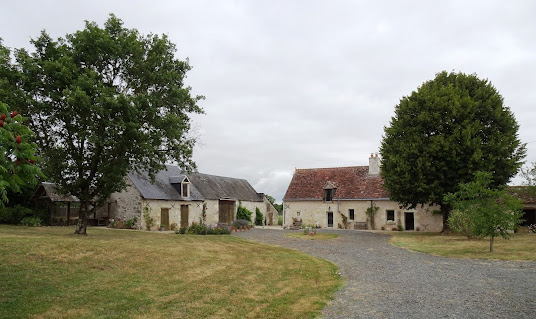 I have occasionally been asked why we bother to have a house in rural France.  When we’re constantly patching up a crumbling old building, grappling with doing it in a different language and there is no handy B&Q around the corner, I sometimes wonder why myself.  Especially this year when we have had to jump through so many hoops to get here.  I was pondering this very thing on the way to the supermarket in Descartes the other day. 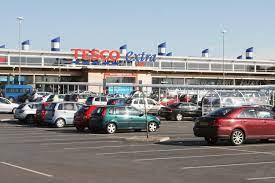 Back home in the UK our nearest supermarket is three miles away.  It can take between five and forty five minutes to get there, depending on such things as time of day, how many sets of temporary traffic lights there are, or whether or not there has been a crash on the M1 and traffic diverted through the town (which happens more often than you might think).  The run is rarely stress free, involving regular near misses with other drivers, navigating the speed bumps and avoiding the sunken manholes and potholes.  We go past two huge building sites where hundreds of new houses are going up which will soon be occupied and pouring even more cars onto the already frantic road.  We go alongside grass verges choked full of litter (including those disgusting plastic bottles full of urine tossed out of vans and lorries), into a scruffy little town where Tesco has seen off most of the other local shops except for the charity shops and a hardware store.  Metal buckets are seemingly not big sellers in Tesco. 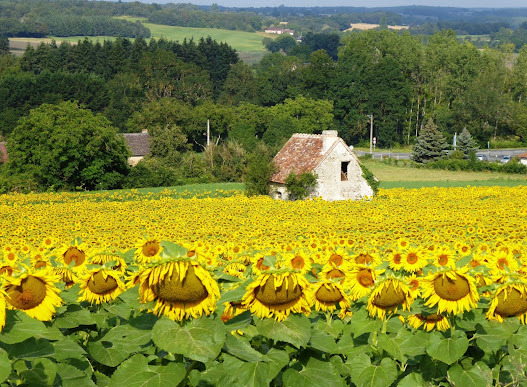 From our house in France the nearest supermarket is eleven km away.  It usually takes twenty minutes to get there, very rarely more, and if we encounter more than six other vehicles going either way the road seems unusually busy.  At this time of year the run takes us along smooth and winding roads flanked by fields of endless sunflowers and the grass verges are pristine.  We hardly ever  see any litter, potholes are scarce and the only likely hold up is getting stuck behind the occasional combine harvester.  Or sometimes having to wait for a little family of deer or wild boar to cross the road.  We have on a couple of occasions had to stop to shoo a few sheep or a donkey back into their field. 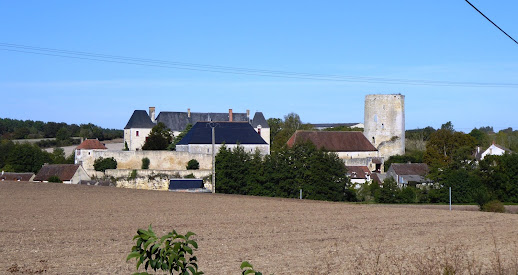 On the way there we drive through sleepy hamlets of old and crumbling buildings very similar to ours and pass three ancient châteaux, one of which by driving alongside its moat. When we get to town we pick up bread from the boulangerie before heading for the supermarket.  Ponder no more, I thought.

Mind you, we have to get there well before 12.30 when they close for two hours for lunch – this is in France, after all!