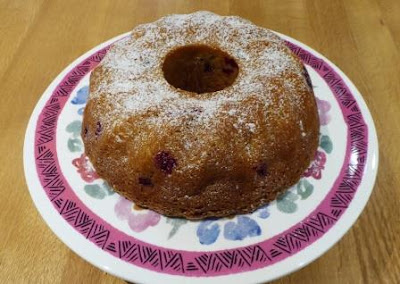 January
In a cold, miserable month in the UK and there's plenty of time to bake. 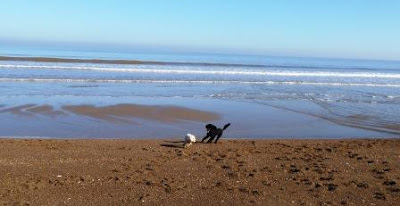 February
An unusually mild and sunny week sees us at the seaside with Hugo. 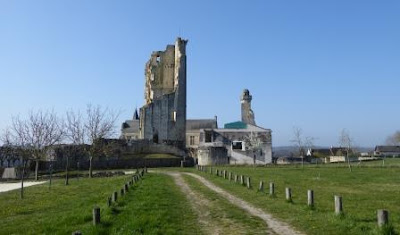 March
The winter is over at last and we return to Le Grand-Pressigny. 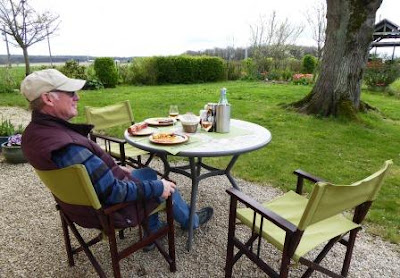 April
We eat outdoors at any and every opportunity. 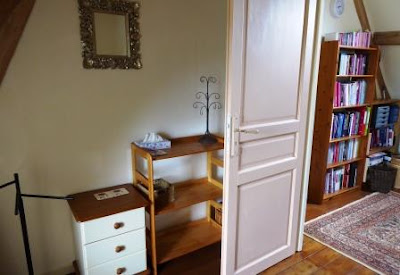 May
We finally finish the alterations upstairs and our new bedroom is ready for visitors. 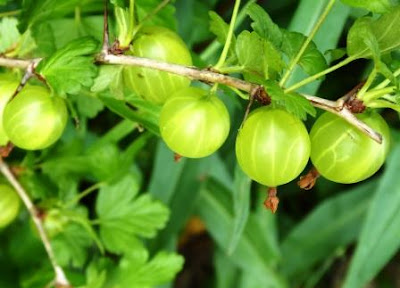 June
The garden is full of flowers and the gooseberries are looking promising. 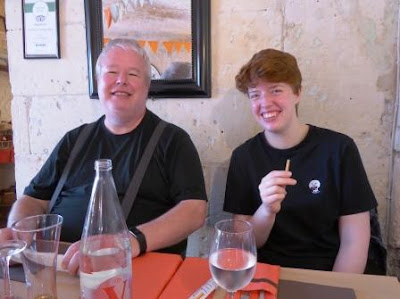 July
A month of visitors, heatwave and sight seeing. 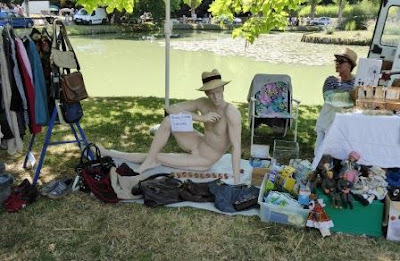 August
The brocante season is in full swing amid another heatwave. 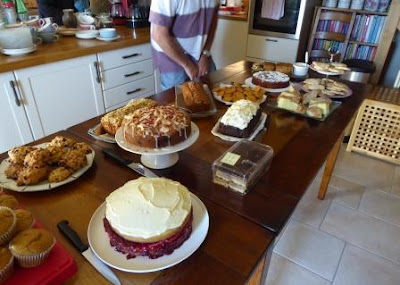 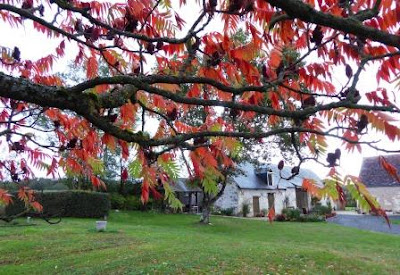 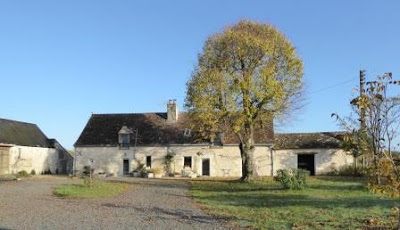 November
A last, stolen week chez nous to put the house and garden to bed for the winter. 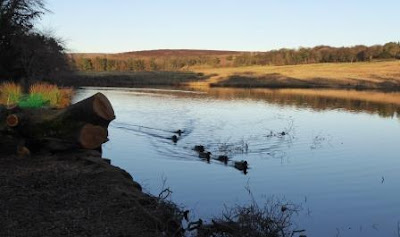 December
An early December walk at Longshaw in Derbyshire to steel us for the winter.
It was the last we saw of the sun for quite some time.
HAPPY NEW YEAR TO ALL AND I LOOK FORWARD TO SEEING YOU HERE AGAIN IN 2020!
4 comments:

A LICK OF PAINT 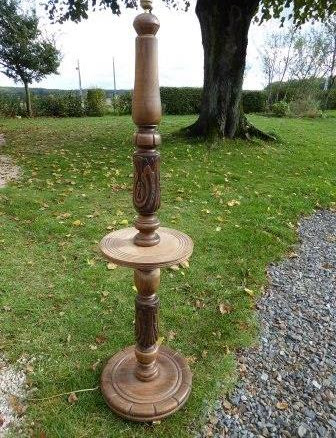 In the spring we went to a brocante at Leugny where Nick bought this standard lamp for 1€.
Actually, it cost him 2€ because although it had a 1€ label on it he only had a 2€ coin and the seller had no change.  (Or so she said!) 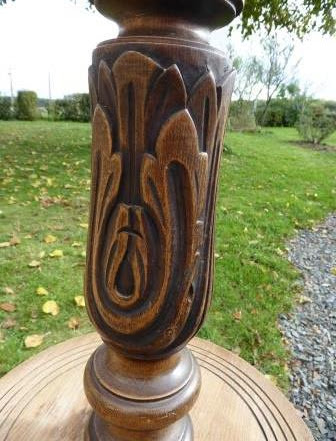 We needed a lamp for a dark corner of the dining room but this wasn't really what I had in mind.  So I thought it would benefit from a lick of paint and decided to have a go at painting it. Daisy has a thing about standard lamps.  So far she has trashed three of them.  Two of ours and one in a hotel bedroom.  Oops!  I think she thinks they are trees and doesn't expect them to fall over. 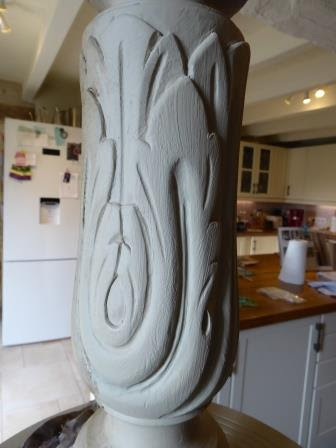 The first step (after rewiring the lamp) was to give it two coats of the main colour which was an ivory colour, then a coat of clear wax.  The next step would be to give it a wash of diluted dark wax which would settle into the grooves in the pattern to highlight them. 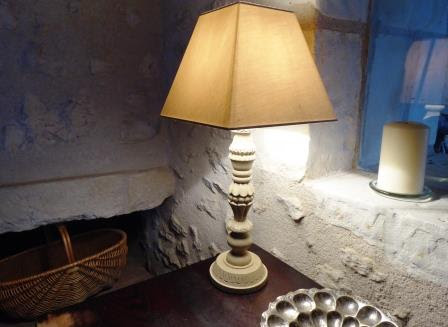 I had never done this before so I decided to practise on a table lamp first. 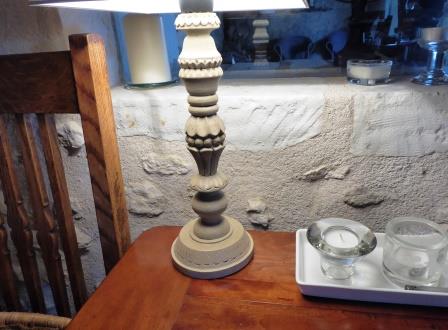 The table lamp was originally black and we'd had it a few years so I wasn't too worried if the paint didn't work.  It looks much better in the ivory colour I think. 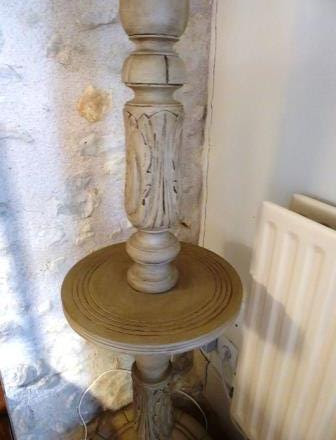 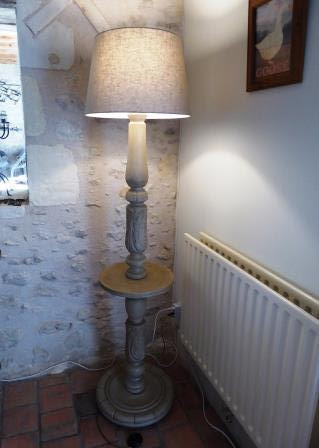 We are very pleased with the finished lamp.  For the cost of some paint and wax, a switch and bulb holder, some flex and a new shade, we have a "new" standard lamp which is unique. 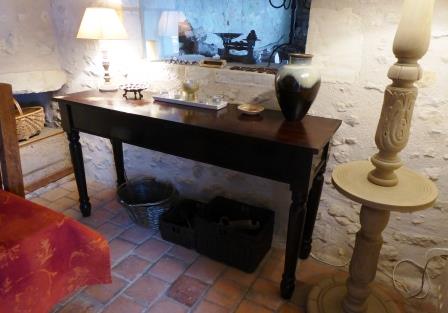 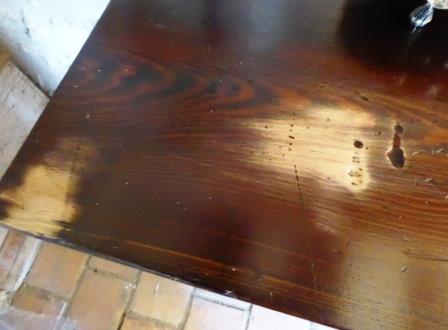 In fact we're so pleased that my next project will be this side table.  Nick sanded a couple of patches on the top to check what the wood was like underneath the dark brown stain.  Our plan is to sand and wax the top to produce a light oak kind of finish, then paint and wax the sides and legs the same colour as the standard lamp.
6 comments: