A little while ago Susan of Days on the Claise mentioned an exhibition at the museum in Preuilly-sur-Claise of ladies bonnets as worn in Touraine in the 19th and early 20th centuries.  You can read her very informative and fascinating post about it here.  So when I was chez nous with my friend last month, we went to have a look. 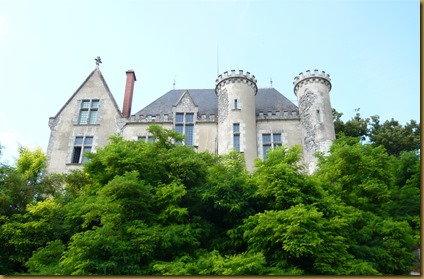 The museum is situated in a building below the château at Preuilly and tours are given by pupils of the local secondary school during the school holidays. 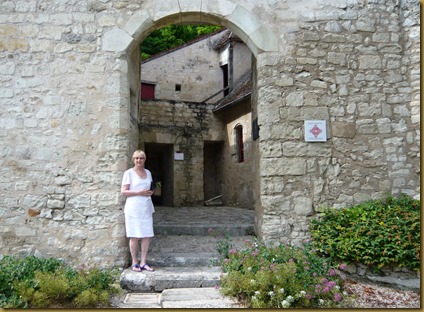 The entrance is fairly imposing and as soon as we walked inside we were greeted by our two charming young guides.  The older (taller) girl did most of the talking and was pleased when we opted to have the tour in French !! 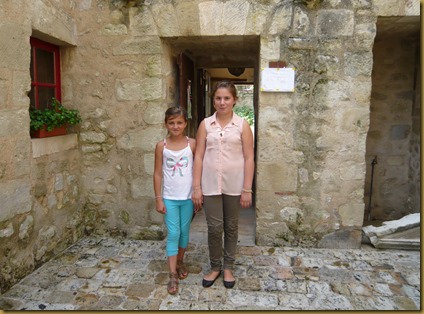 The two girls showed us round the museum, pointing out interesting objects, making special mention of any local significance, and I was pleased to find that I could actually understand quite a lot of what was said.  They spoke clearly and at a sensible pace, which was very helpful. 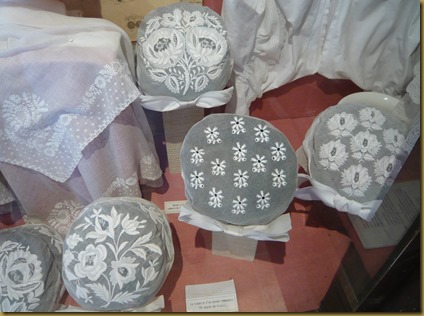 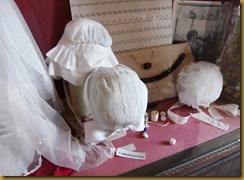 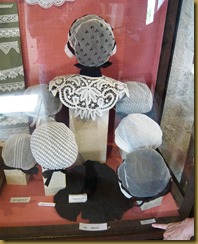 I have to say that this is exactly my kind of museum.  I love little insights into the lives of fairly ordinary folk from times gone by and there was plenty of that here.  The museum had an ever so slightly homespun air to it but was none the worse for it.  In fact it added to the charm and relevance of the exhibits.

I won’t give the history of the bonnets here but suggest you read Susan’s excellent post for that.  There were children’s bonnets, working women’s bonnets, widow’s bonnets and bonnets for Sunday best.  The workmanship in them was amazing. 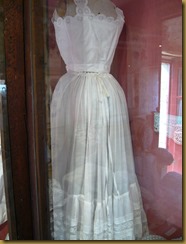 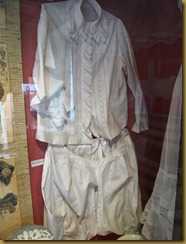 There were also displays of clothing, namely bridal underwear and more regular ladies underwear – a fairly generously sized pair of what can only be described as bloomers caught my eye! 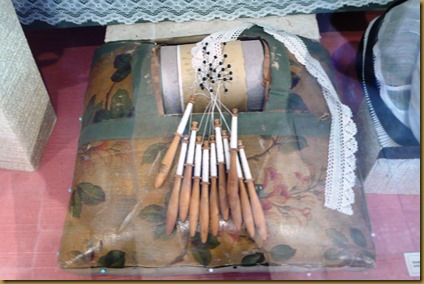 There were exhibits showing how lace is made locally and quite a bit about hair fashions of the time, including hairdressing tools. 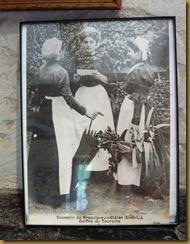 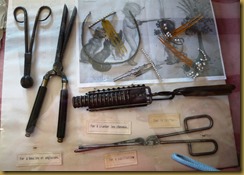 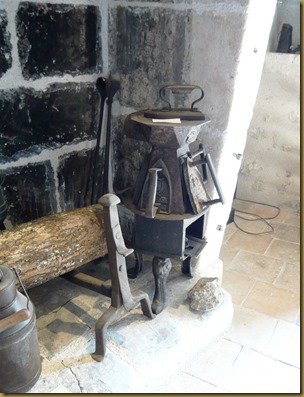 There were lots of domestic gadgets on display, including this rather ingenious device for keeping your flat irons hot.  Not so much a labour saving gadget so much as a way you could keep ironing non-stop!  I bet that was hard work, seeing how fabrics of the day would need an awful lot of ironing in order to look nice. 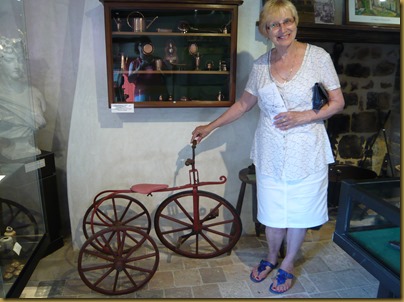 There were toys, cots, prams.  Coins, keys, bank notes.  And this tricycle. 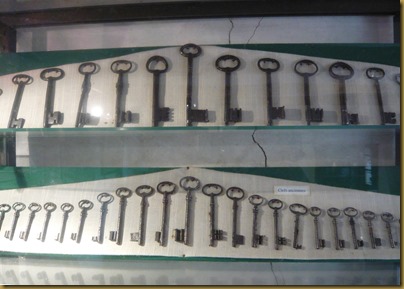 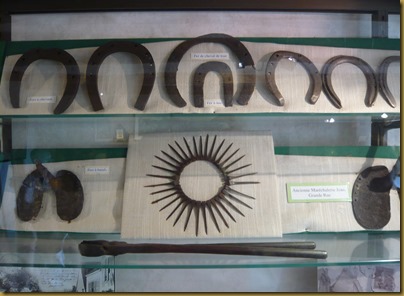 Virtually every aspect of daily life and chores were represented in the museum.  Much as I like to visit the big houses with lavish furnishings and all the trappings of wealth on display, this museum is rather special.  It was full of the stuff used by ordinary people, things I could relate to and, in some cases, remember my grandmother using. 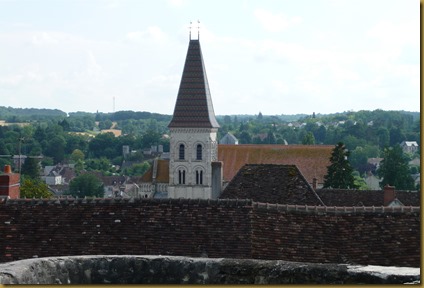 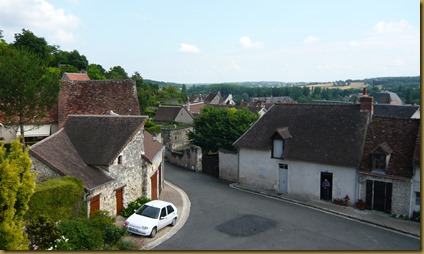 The museum sits quite high up and from it you get a good view over the town.  Our visit was a great way to spend a couple of hours on a beautiful summer’s day.  Our young guides took the job very seriously and conducted the tour very professionally.  I can highly recommend it.

It is open in the afternoons during the school holidays, which presumably come to an end fairly soon – earlier than in the UK I believe.  So if you want to go, go soon before it’s too late!