SHADOWS, BEAMS AND THE LAUGHTER OF CHILDREN

The inside of the Château at Fougères was just as delightful as the outside.

We arrived at the same time as a coach of young children, something that always makes me nervous.  Not only do we dread the guided tour, but we also dread having to climb over clusters of noisy little kids all the time to see what we want to see, scurrying ahead of them to keep out of their way. 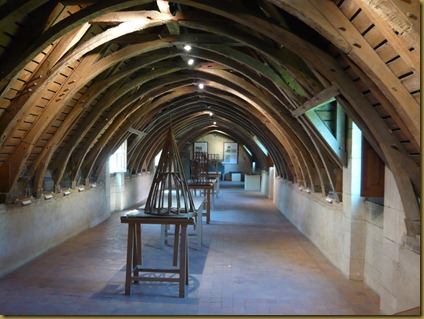 On the first count we were lucky.  The entrance fee was very modest and we were pleased to find we could wander round by ourselves.  The ladies in the office were extremely helpful, handing us a pamphlet in English, storing our jackets and motorcycle helmets so we could explore unencumbered and pointing us in the right direction to start the tour. 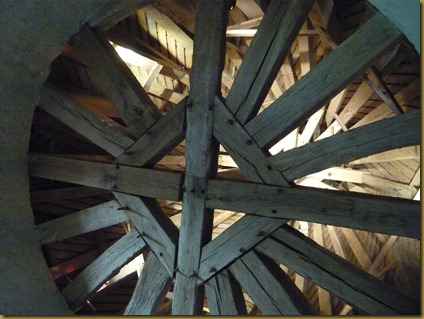 There were numerous displays inside showing how the structure was built.  It was fascinating.  Everything was beautifully and intelligently displayed.  We could see that an awful lot of thought and work has obviously gone into getting it right. 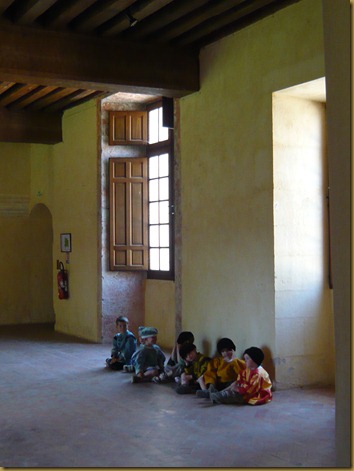 On the second score we were also lucky.  The children were very young and well supervised.  This little group were all dressed up to take part in a little play.  What fun that must have been.  We never did anything like that when I was that age.  You will notice that my posts about châteaux are full of images and ambience but short on history.  I love history and it fascinates me but the way it was taught when I was at school bored me rigid.  I dropped it as a subject as soon as I could and looking back I am certain that was the influence of the individual teachers concerned. 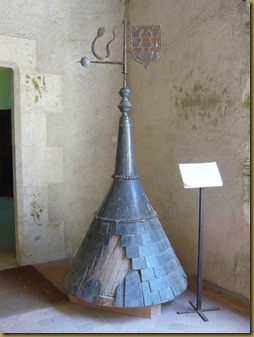 When I was at grammar school (from age 11) our history teacher was called Miss Northrop and I can see her now, standing at the front of the class, arms folded over her ample proportions, immaculately turned out in tweed skirt, twinset and pearls.  I remember more of her ticking us off for not wearing the right length of socks or being seen in town with our blazers unfastened and having our berets stuffed in our pockets instead of on our heads than of her teaching. 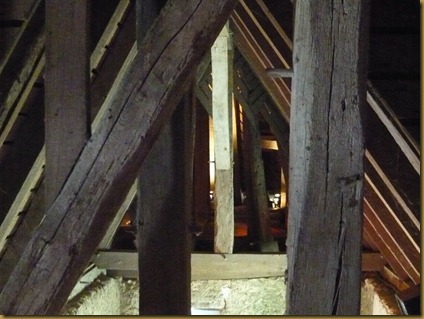 I think that’s why I took up science subjects instead.  The physics/chemistry teacher was a real nutty professor type, with untidy hair, remnants of his breakfast still on his tie and his jacket buttoned up wonky.  He was a plump middle aged eccentric, a piece of chalk permanently behind one ear, not afraid to perform very risky experiments in class and I thought him. the perfect teacher. 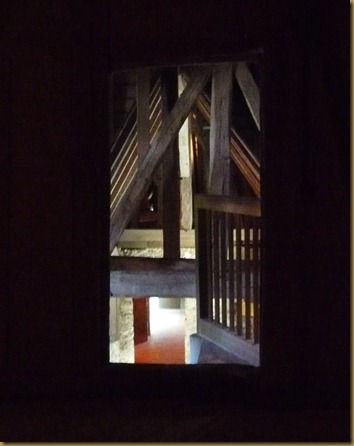 There were lots of different levels to explore inside the château.  The lighting was designed to display the features of the building to their best advantage. and, like the outside, it was a photographer’s paradise. 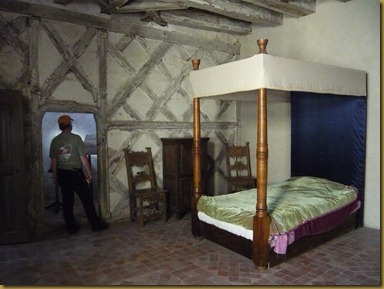 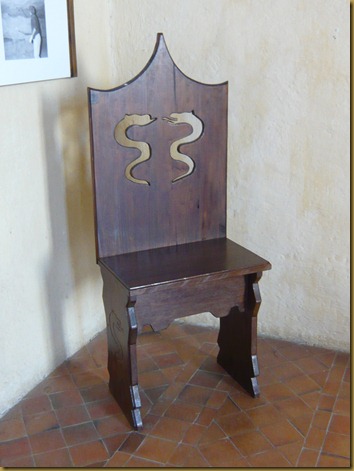 There was interesting furniture everywhere and lots of curiosities such as this model of a château near Paris. 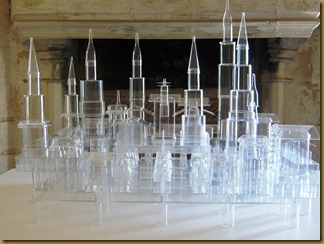 Then there was this shadow mobile.  I’m not sure of its purpose but I seem to remember it had a room all to itself, !!  It’s interesting how often we see things like this in France, but rarely in the UK I think. 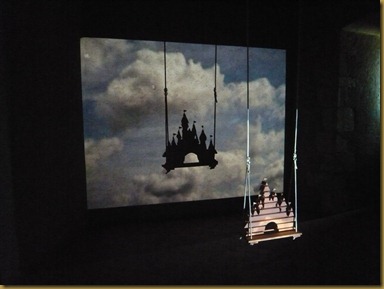 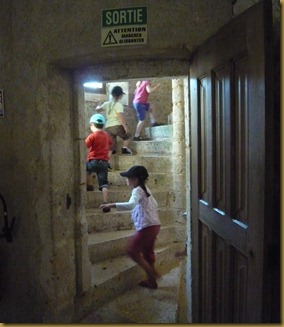 There were only a handful of adult visitors that day, including ourselves, and it was actually quite nice to hear the laughter of little children coming from another room somewhere in the château. They were very well behaved and the ambience of the place was such fun that hearing their chatter and giggles was just right. 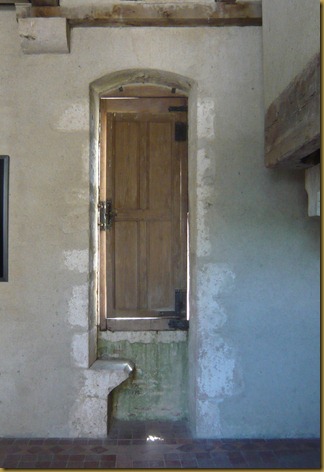 We have visited many French châteaux, ranging from the small and crumbling to the enormous and very grand, but this has to be one of my favourites so far.

A place to become thoroughly absorbed in its atmosphere and let your imagination wander.  A magical place and we were there midweek when there were no crowds, just a group of very happy and very lucky little children to share it with us.